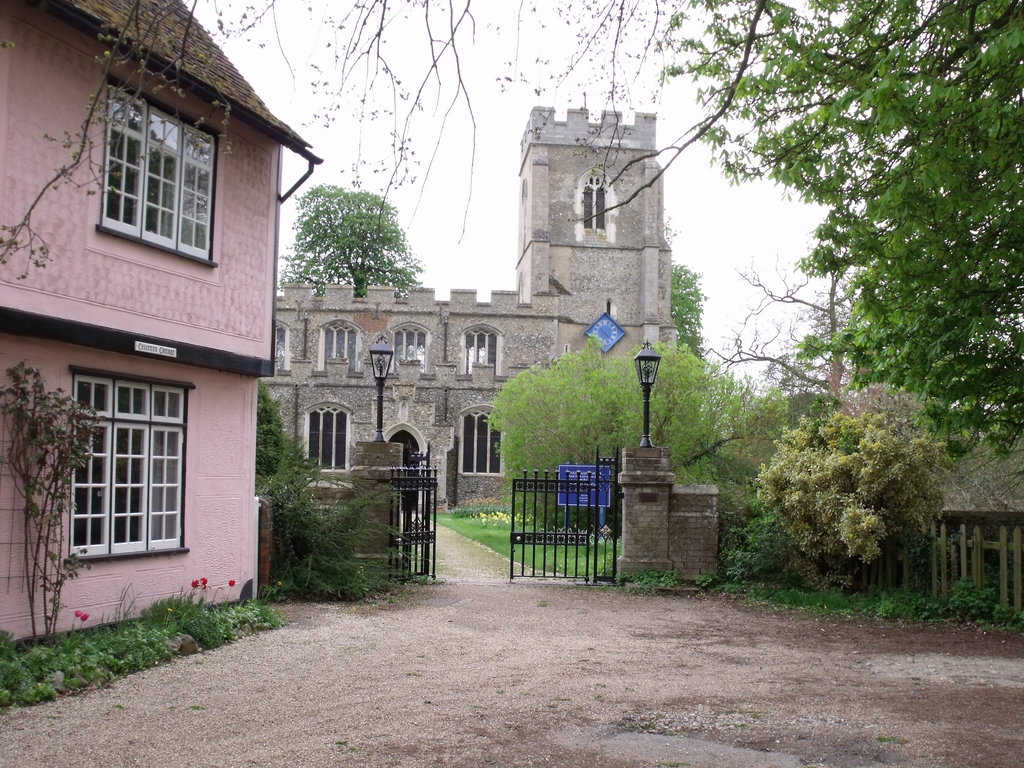 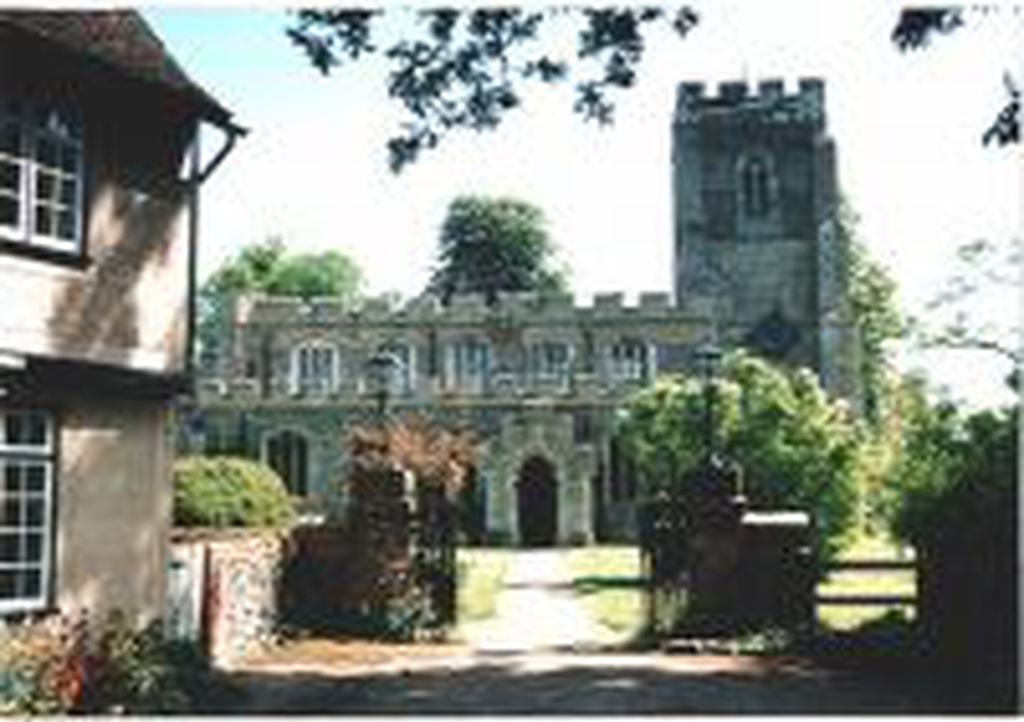 St. John the Baptist, Stoke-by-Clare nestles amongst the trees at the front gates of Stoke College. Before the Reformation, the College was one of the richest religious establishments in Suffolk and the present church was the collegiate church. Now an independent school, previous occupiers have included Matthew ‘nosey’ Parker, Elisabeth I’ s first Archbishop of Canterbury, and John Meggott Elwes, a famous miser.
First impressions of St John the Baptist are of a big church quite beyond the needs of a small parish like Stoke-by-Clare. The wealth bequeathed to it from the wool trade and the patronage of Stoke College ensured that Stoke, like so many other churches in Suffolk, could be built on a grand scale. Several attempts were made to suppress and annex the income of Stoke and in the 16th Century all the successive Deans of the College were also Masters of Cambridge Colleges. The last of these was Matthew Parker who was also chaplain to Anne Bolyne and a guardian of the young Elisabeth I.
The building has been rebuilt at least three times. The base of the tower is 13th Century, the Chancel is 15th Century and the nave is 16th Century and has uniform battlements throughout. On entering the church, the lack of an overall re-building plan is evident, neither the tower, nor the chancel is in line with the nave.
Originally richly decorated with images of St. John the Baptist and Our Lady in the nave, the church furnishings also included a large rood, rood loft and six pairs of organs. The arches and doorways, which serviced them, can still be seen. At the Reformation, the church was stripped so that only a shell remained, though some of the rich colours can still be seen in the walls particularly near the Lady Chapel. Behind the Organ there is a ‘Doom’ wall painting, unusual as it was painted in the ‘Catholic’ revival of Mary I’ s reign.
The pulpit is said to be one of the smallest in England. It has an internal diameter of only twenty inches and is a wonderful example of 15th Century woodcarving. Fragments of mediaeval glass can be seen in the side Chapel, known as the ‘Elwes’ chapel. The ‘hart’ and ‘tower mill‘ can be easily distinguished.
The church was extensively restored during the Victorian era under the Vicar William Joel Denman 1861-1901. Many of the oak benches were removed, examples of which can still be seen in the chancel, and replaced by pine. The brass memorials and the nave and chancel stained glass windows also date from this period. Particularly impressive is the Chancel three light window of Christ as the ‘good shepherd’ flanked by the Gospel writers.
Since the Reformation the church had been dedicated to St. Augustine but was re-dedicated to St. John the Baptist.