Brief Guide to the Church 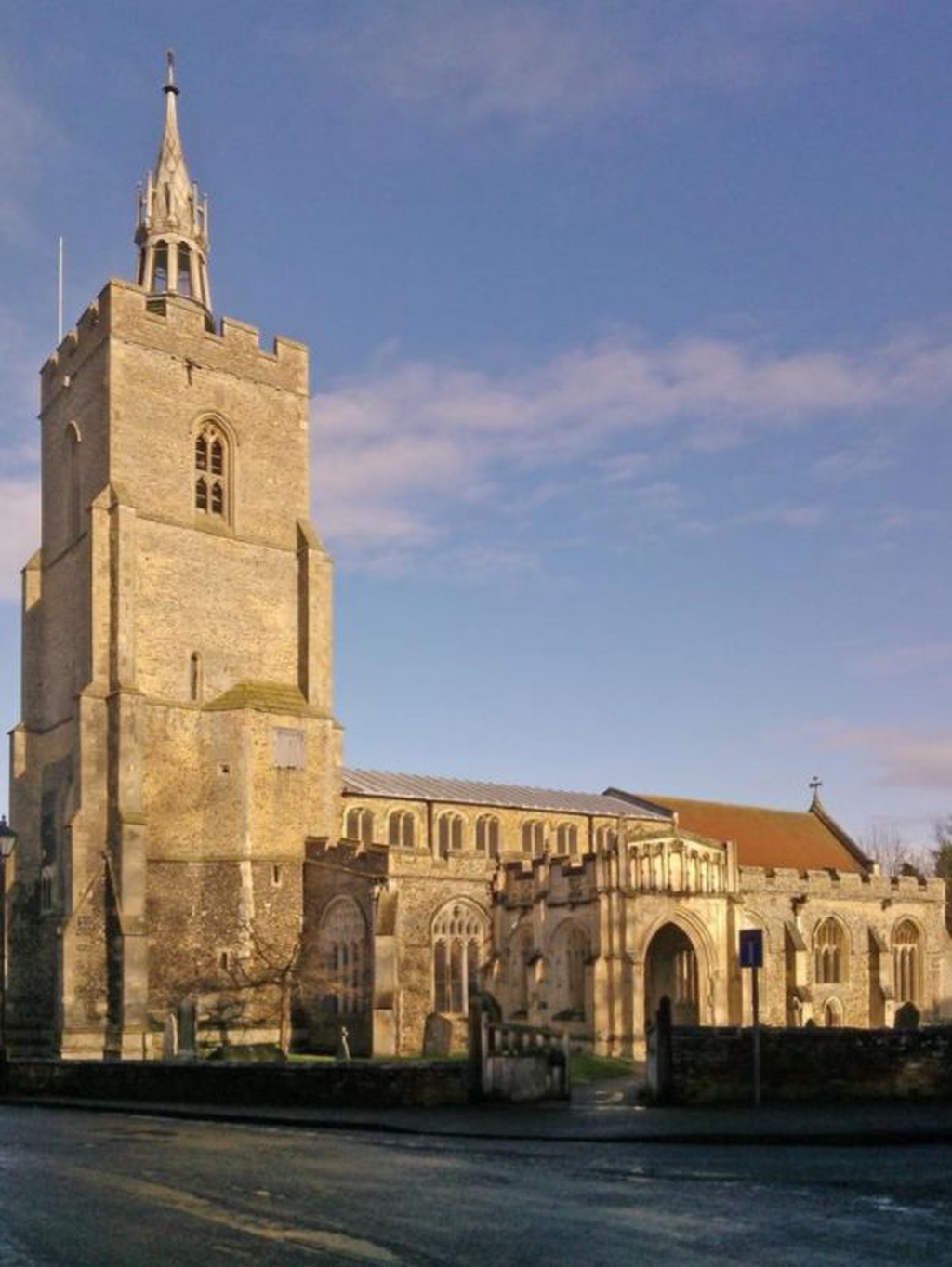 St Mary's, Boxford
Services and events
News and notices
About us
Baptisms or Christenings
Brief Guide to the Church
Funerals
Regular Service Pattern
Support St Mary's Church
* The other Churches in our Benefice
* To find out more about our corner of Suffolk
Weddings
Find us
Church Street Boxford, Sudbury
Get in touch
01787 210434
Facilities
More information
Edit this Church

Brief Guide to the Church

THE CONTEXT OF THE CHURCH AND VILLAGE

The origins of the church are unclear, but there is indirect reference to it in the Domesday Book (1086) via an entry for the Manor of Kodenham, which lay in what is now the Parish of Boxford. In that reference the church is recorded as having 20 acres of Glebe Land, an area which remained constant right up to the twentieth century. By 1286 the village is recorded as Boxford and paying dues to the Abbots of Bury St. Edmunds. The boundaries with the parishes of Groton and Edwardstone, to the north and west respectively, used to run to within a few metres of the northern boundary of the churchyard. The church therefore probably served the scattered populations to the south. However, with the growth of the wool industry, Boxford expanded north across the River Box into the area now occupied by Broad Street and the bottom end of Swan Street. There is some evidence that the River Box used to run nearer to the church than its present course, giving rise to structural problems with the tower. Certainly, early seventeenth century churchwardens’ accounts demonstrate a continuing and burdensome requirement for repair and maintenance of the fabric

Boxford became an important centre for the processing and trading of wool during the later medieval period. It was home to many wealthy clothiers and wool merchants and they no doubt lived in the central hub of the village to the north of the church and thus the focus of the congregations shifted from the more pastoral land to the south of the river towards the more mercantile urban area to the north.

There are no visible traces of any fabric earlier than the fourteenth century, and nothing to suggest what its earlier form and plan was like. The present building is very much a product of the time of prosperity arising from the wool trade, being mostly constructed in the fourteenth and fifteenth centuries. St. Mary’s thus represents, along with other major parish churches in the area such as Long Melford and Lavenham, a time of significant affluence and population growth. Certainly the wills of the wool merchants known to be benefactors of the building attest to this.

THE CHURCH IN MORE DETAIL

The walls are constructed of flint rubble faced with knapped flint, and the quoins and dressings are of limestone and Suffolk Clunch, a type of hard chalk, and there is some flint and limestone flushwork on the western face of the tower. The south porch is entirely of ashlar stonework, using a soft limestone, and the north porch is of timber. Inside the walls are plastered and lime washed and the floors are a mixture of variously sized flagstones, clay pamments, and wood block except for the chancel, which is mostly covered by reset black stone ledger slabs, and the sanctuary, which has Victorian red and black patterned tiling. The nave, aisle and chancel roofs are of timber framing panelled out and plastered.

Apart from the north porch, the west tower and probably the eastern end of the chancel forming the sanctuary, which are fourteenth century and in the Decorated style, the entire building is in the Perpendicular style and dates to the fifteenth century. The exception to both these periods is the vestry, which was constructed in the nineteenth century.

The fourteenth century tower, about 74 feet tall, with angle buttresses is typical of its period but quite richly detailed. Cautley, (Suffolk Churches & Their Treasures), identifies the treatment of the weathering of the buttress offsets as unusual with comparable features evident in other Suffolk churches. The other piece of fourteenth century work, the north porch, is of great interest. It is described by all as the finest wooden porch in East Anglia, and for date and richness of detail, probably the most notable in the country. It is a perfect copy in wood of an elaborate stone porch complete with traceried side lights and a rib vault, which would once have been ceiled with wooden panelling. The groined vaulting ribs rest on clustered shafts and have bosses at their intersections.

Of the later building period, it would seem that the nave and aisles date to the first half of the fifteenth century. Haward, (Suffolk Medieval Church Arcades), attributes the four bay aisle arcades to a local though unknown mason. Wills from 1441 to 1480 speak of bequests for the south porch, which is very richly decorated; a ‘tour de force’ in Haward’s words, and in Pevesner’s (The Buildings of England, Suffolk), ‘exceedingly swagger’. There are niches on the jambs, and the spandrels illustrate the Annunciation with Gabriel on the left. Above are a further seven richly canopied niches. All the niches would originally have held statues. The porch was extensively and sensitively restored by stabilising the surfaces in 1989-91, though much of the detail of the original elaborate carving is lost for ever due to the nature of the stone. Following the porch came the south chancel chapel, with wills of 1468 and 1469 making bequests for its construction. Its design matches that of the aisle arcades and gives the appearance of an extension of the south aisle and is probably by the same mason. This chapel has some wall paintings, discovered during the restoration of 1887-88. These are said to represent King Edmund the martyr and saint, though other accounts suggest that Edward the Confessor is the subject. Further bequests of 1488 and 1495 provide for the north chancel chapel as a Lady Chapel, though it is now occupied by the organ of 1888, the Lady Chapel having at some time transferred to the south chancel chapel. Haward attributes the two bay arcade of the north chancel chapel to a significant group of six finely detailed structures all by the master mason John Melford of Sudbury, who was originally apprenticed to the King’s mason, Reginald Ely. At some time this chapel has also been dedicated to St. John, and it has a piscina by the Vestry door.

After this great period of building and rebuilding, the centuries since have done little to alter the general appearance of St. Mary’s. The only significant addition is the wood and lead lantern and small spire atop the tower which is understood to be early nineteenth century. The lantern originally carried a clock bell, though it is known that the clock used to strike on the fifth bell. The clock now strikes on the old second bell, which was replaced with a new one when the whole peal of eight bells, the earliest of which dates to 1410, was restored and rehung in a new steel frame in 1997. At the same time the tower itself was structurally strengthened, and significant repairs to the western most windows of the church were carried out.

All the doors are medieval and have carved decoration in the Perpendicular style. Inside, the church is light and airy, the generously sized aisle and clerestory windows (restored in 1985) contributing to this sense of space.

There is much of interest within the church, including the fifteenth century font with its elegant seventeenth century wooden cover. Its doors open to reveal an interior beautifully painted with various passages from the scriptures appropriate to the sacrament of baptism. The floors bear several brass plates, (in the north and south chancel chapels), and many substantial ledger slabs.

An extensive restoration and reordering of the 1880s swept away the box pews and three decker pulpit. During this work the organ was moved to its present position from the west end of the church under the tower arch, adjacent to which were positioned the original choir stalls. This work left the sixteenth century gallery (possibly a musicians’ gallery) formed of a moulded beam and traceried front panels rather isolated across the front of the tower arch. The gallery timberwork appears to be of a piece with the bracing and beams of the ringing chamber floor, visible from within the ground floor tower space. The visual connectedness of the gallery and ringing chamber has been greatly enhanced by the installation in 2014 of the glass screen and doors facing into the nave.

The present pulpit and lectern were formed from woodwork displaced at the time of the restoration and it is likely that the plain early eighteenth century reredos in the Lady Chapel was installed at the same time, possibly having been removed from the sanctuary. Also arising from this time of reordering is a chair incorporating two poppy head pew ends, possibly from the original choir stalls.

As well as the wall painting in the south chancel chapel, there is also a Doom wall painting over the chancel arch, though this has been rather ineptly restored at some time.

Not to be overlooked is the stained glass in the east window. This was commissioned in 1973 from Rosemary Rutherford, a stained glass artist of some standing in the twentieth century. Other stained glass work from her hand in Suffolk can be found at Walsham-le-Willows, where she lived, and Hinderclay. This window depicts the Transfiguration, with Christ in a shining white robe, to His right is Moses with the burning bush. On Christ’s left hand side appears Elijah with the wheels of his chariot of fire. Three of the figures below the main scene represent the apostles Peter, James, and John, the other two being symbolic of Everyman representing mankind.

We hope you enjoy your visit to the St. Mary’s church. There several books available in local shops on the church and the village.