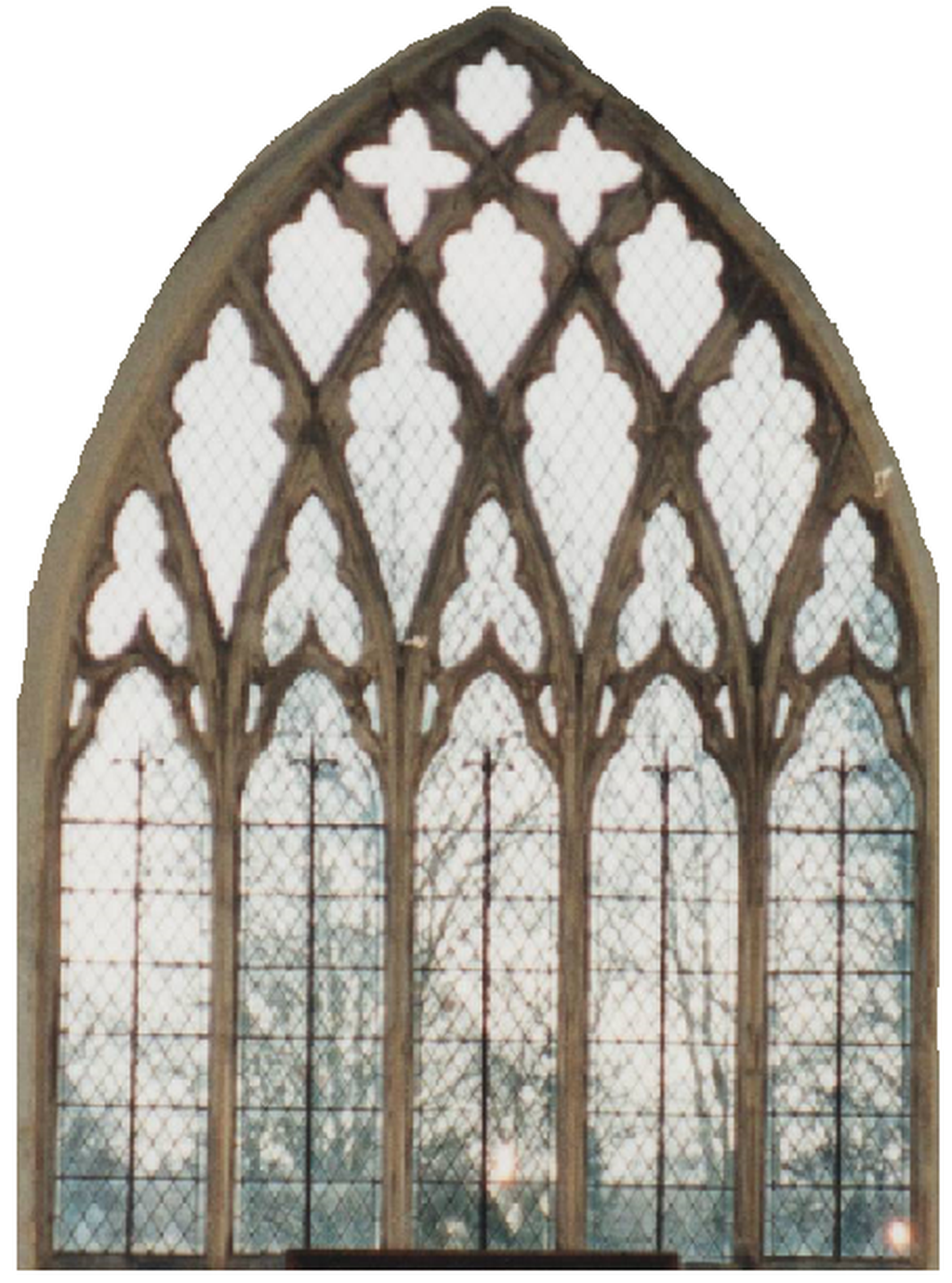 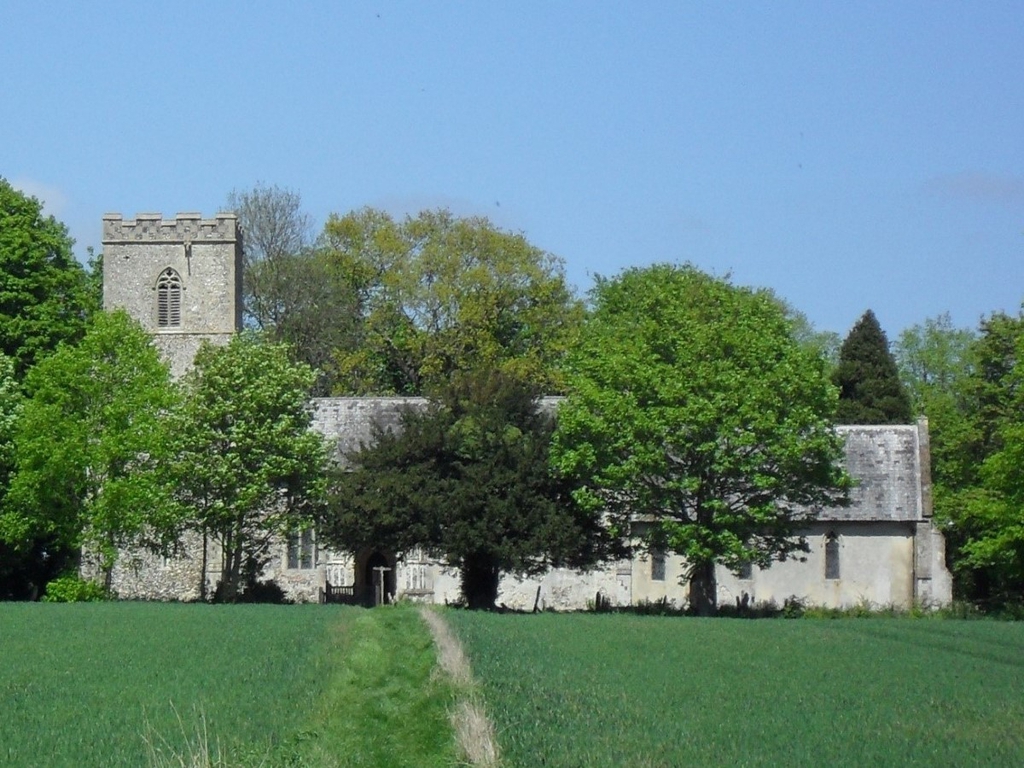 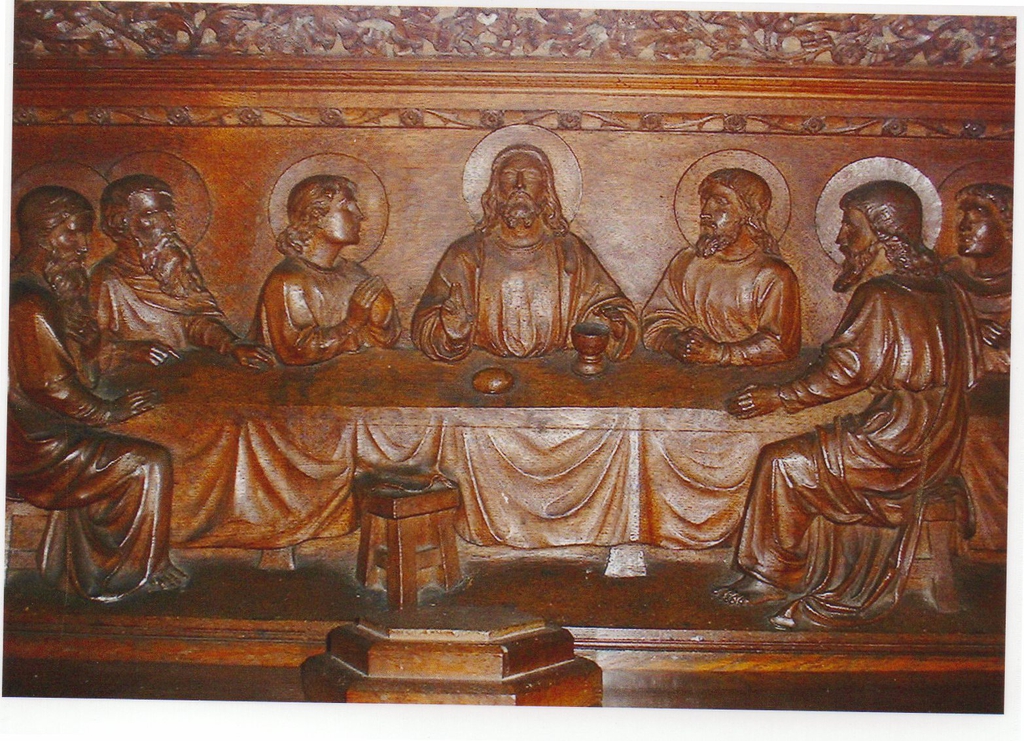 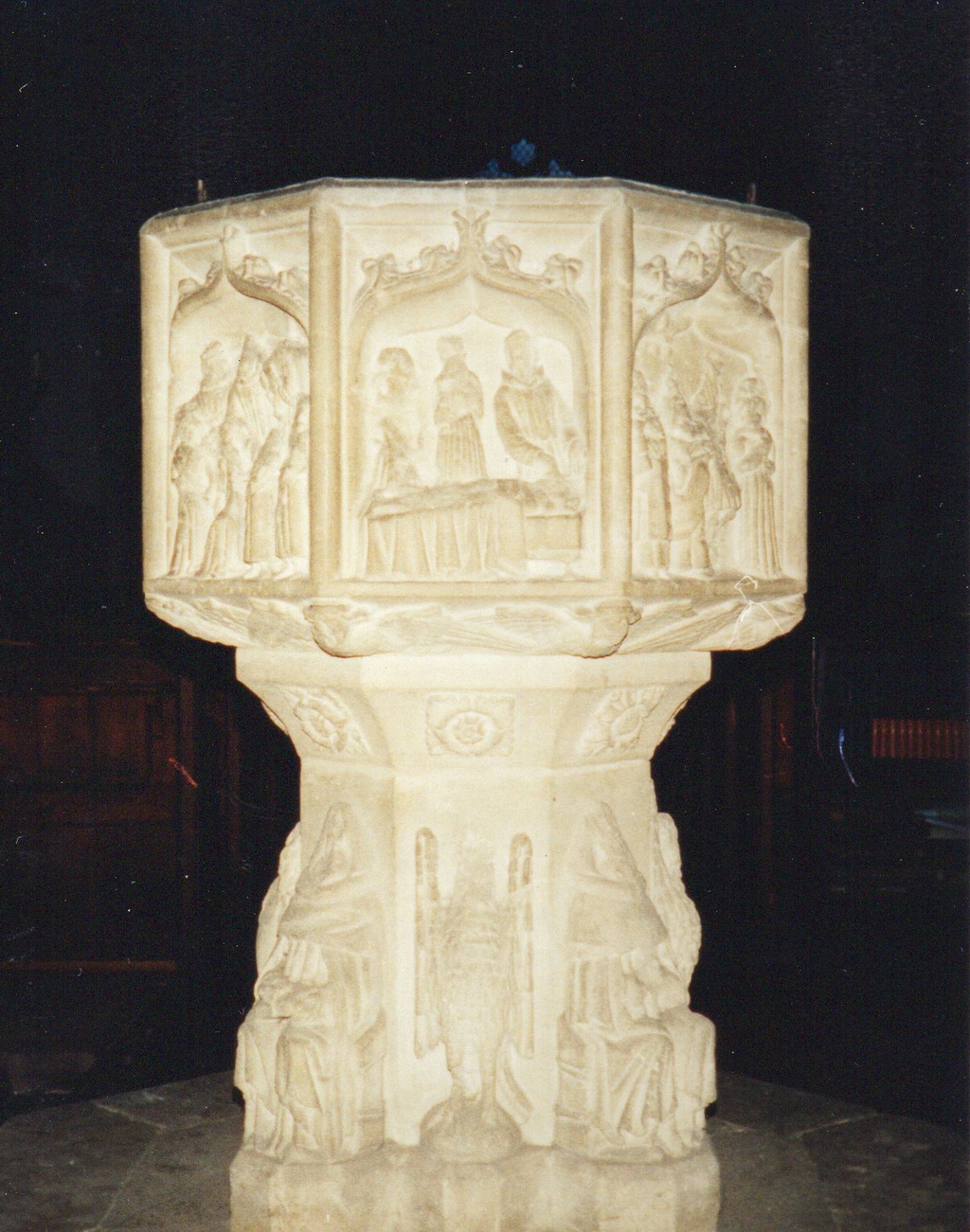 A church building in Monk Soham was mentioned in the Domesday Book.

Monk Soham was an outpost for the Abbey of Bury St. Edmunds, Supplying Food & Shelter to the Monks of Bury. This happened after Alfric Bishop of East Anglia granted lands to the Monks of Bury St. Edmunds. In 1192 Pope Celestine 111 Confirmed 1/3 of the Monk Soham Tites to go to St. Saviour’s Hospital in Bury. In 1209 this is increased to 2/3. In the 14th c. the Abbey invested in fishing Ponds in Soham Mere, (some still existing in the old Rectory) to provide fish for the Abbey from the manor farm. The earliest recorded incumbent is Robertus be Bury 1240 A.D.

The present church building started life in the 1300’s with the Nave & Chancel being built then,  13th / 14th c. the Tower was then built. In the 15th c. the Nave windows were replaced with the Larger Perpendicular Windows, and a South Porch was added. The Large 5- light East window, which is almost as wide as the East Wall, is suggested to have been brought here from the Great Abbey of Bury St. Edmunds. It is now all Clear Glass, Geometric in Style and some 14ft wide. The rest of the Chancel windows including the low window are Lancet 13century. The Nave Windows were replaced with 14 / 15 Century Perpendicular.

The Seven Sacrament font was added (in the 15Th c.) in memory of Lawrence Cokkys, prebendary of Lichfield who was instituted to the living here in 1465 and introduced this pre-eminent font. The font is reckoned to probably be the first Seven Sacrament font, dating to 1465, and by the same artist as that of Hoxne. The Defacing of the font was probably done by the commission of 1552, not William Dowsing who never came to Monk Soham church. Other Pre-reformation surviving Parts are, 1 14th c. Parish Chest 97” long, 2 Piscina’s, 1 decorated Canopied Niche, 1 plan Niche, Rood beam, the Rood Stair Case, Low-side window, 13 poppy-headed Pews and Probably the original wooden Stairway in the Tower.

After the Reformation, A Elizabethan Chest was added, along with an unusual Styled Stuart Communion Table, and a Jacobean Pulpit dated May 12th 1604. In 1860 the Church was ‘Restored, by Archdeacon R. H. Groome, with a vestry partly being made up from the remains of the Rood Screen. Since then, ongoing various restoration projects have been completed, on the building, the last major Project was in 2006 on the Porch & Tower.

Monuments :-      A list of Church wardens from 1553 to present is situated in the church.

The carved Oak Reredos (of the Last Supper) is a memorial to Archdeacon R. H . Groome. Various Brass Plaques to his Family Adore the Chancel walls, also one of the Rev. Bazalgette’s Son. Buried in the Sanctuary are two stones with Rev. Gulielmi Ray; also ‘William French’, with ’Sarah self French’ the wife of ‘Thomas French’.

There are 2 war memorials in memory of those from the Village, one for those killed in action, one for all those who served in the Great War.