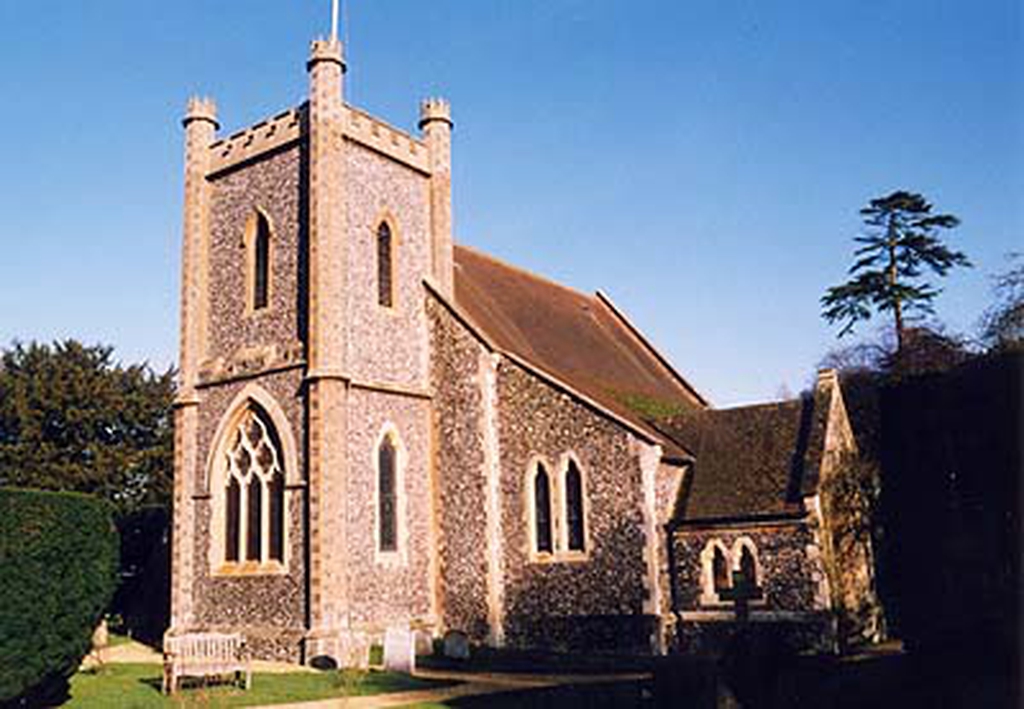 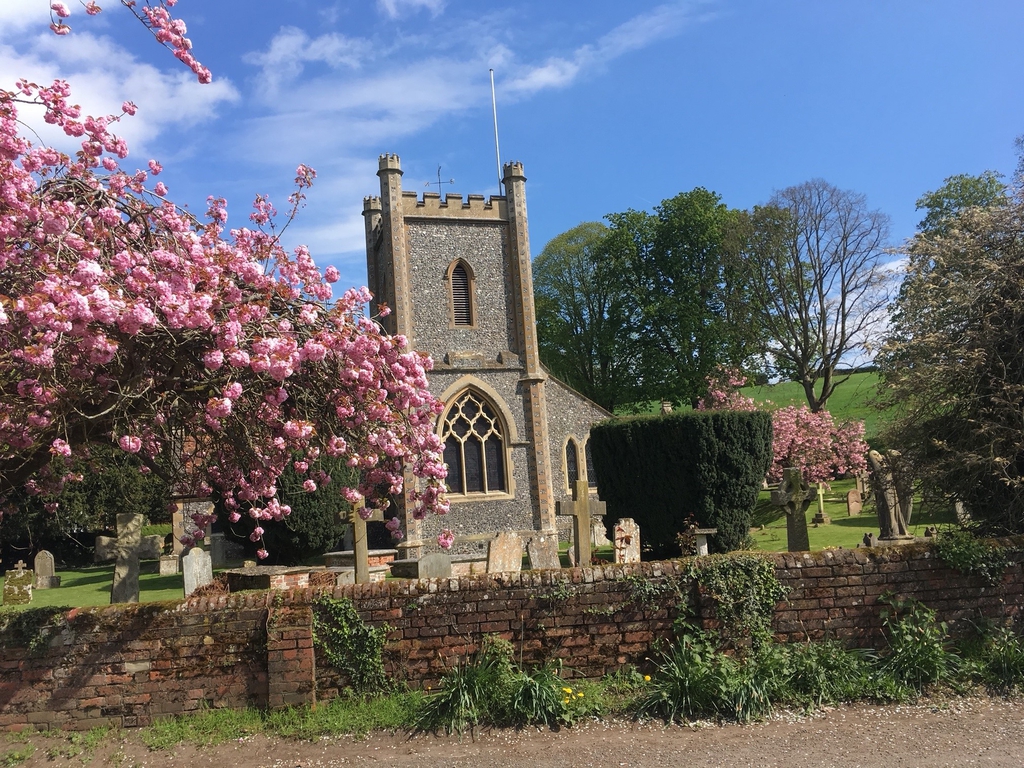 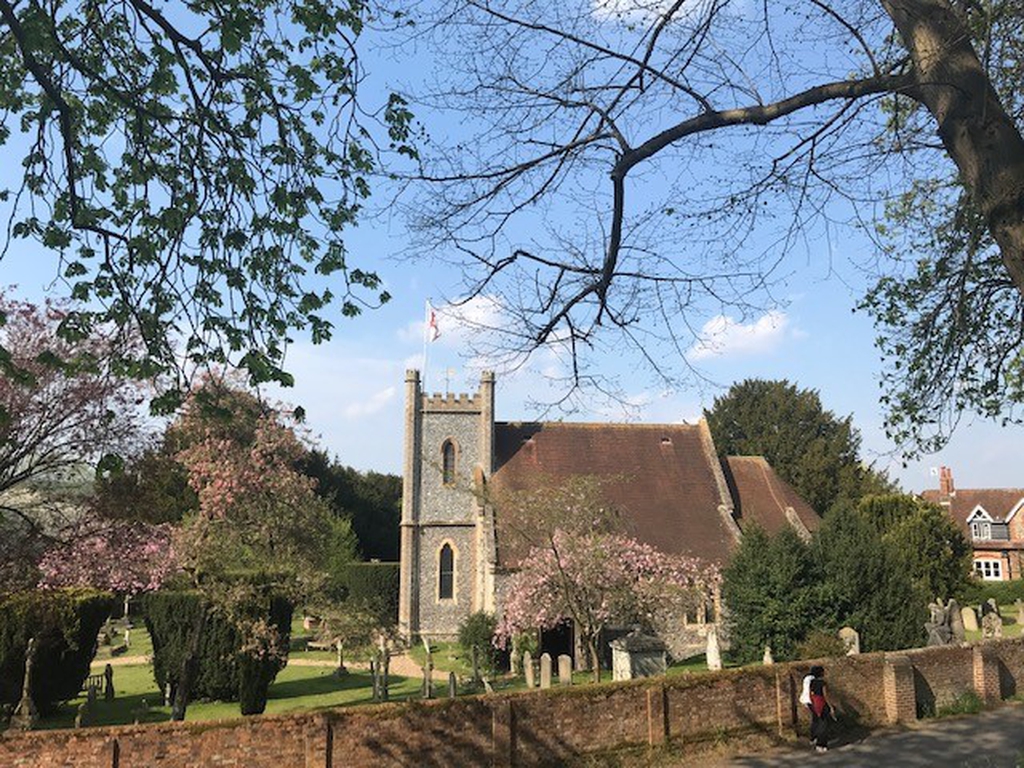 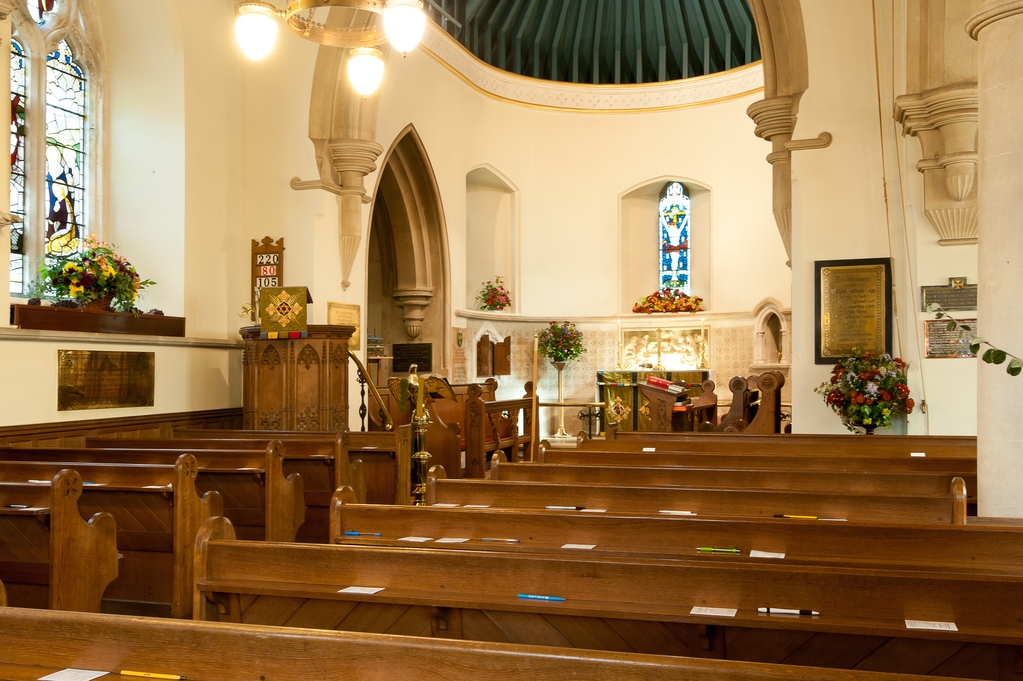 The ancient parish of Remenham lies east of Henley-on-Thames along the south bank of the River Thames.  Remenham means home of the ravens, and the village was possibly in an area sacred to the chief Saxon god, Woden, whose symbol was the raven.  It may, however, mean home of the Remi, an ancient Celtic tribe.  The Manor of Remenham, which was held in the reign of Edward the confessor by Queen Edith, was included amongst the King’s lands for the purposes of the Domesday survey, which places Remenham in the Charlton Hundred.  Most of the population of the village was wiped out by the plague in 1664 and Remenham has remained a small hamlet ever since.  It is famous for its associations with rowing and, since 1839, with Henley Royal Regatta.  At the start of the course is the well known landmark of a Greek-style temple on Temple Island which was designed by James Wyatt in 1771 as a folly for Fawley Court, on the Henley side of the river.

Remenham Church is dedicated to St Nicholas who was born during the third century in the village of Patara, at that time in Greece but now on the southern coast of Turkey.  His wealthy parents, who raised him to be a devout Christian, died in an epidemic while Nicholas was still young.  Obeying Jesus' words to "sell what you own and give the money to the poor," Nicholas used his whole inheritance to assist the needy, the sick, and the suffering.  He dedicated his life to serving God and was made Bishop of Myra while still a young man.  Bishop Nicholas became known throughout the land for his generosity to those in need, his love for children, and his concern for sailors and ships.  He is also the patron saint of pawn brokers.

There has been a church on this site since time immemorial.  The first Rector is mentioned in a Westminster Abbey Charter in 1076; the church is mentioned in the Domesday Book of 1086; and the first rector, John de Baldake, was recorded in 1297.  Originally, the church was a chapelry of Hurley and served by the monks of Hurley Priory.  The church was substantially restored in 1838 and again in 1870 when the south transept was added.  The living of St Nicholas was in the gift of Jesus College, Oxford and traditionally had a Welsh incumbent.  In 1973 the living was suspended and St Nicholas became part of the united benefice of Henley-on-Thames and Remenham, since then the Rector of St Mary the Virgin, Henley has also been the Rector of Remenham.

Very little remains of the ancient church but the chalk window near the pulpit and parts of the north wall are believed to date back to c1320.  In addition, the floor tiles around the base of the pulpit are 14th century.  They are believed to have been made in the Chilterns near Penn and tiles of a similar design can be found in Oxford Cathedral and various churches in Buckinghamshire.  One design is thought to be unique to Remenham.  The foundations of the apse are also part of the ancient building.

Of particular note in the interior of the church is the pair of wrought iron gates at the end of the south aisle.  These were hand-made in Siena in 1873 and presented to St Nicholas’ by John Noble who lived at Park Place.  On the walls of the church tower are two old memorial brasses, one in remembrance of the Rev John Newman, Rector of Remenham from 1603 to 1622 and other in memory of Thomas Maryet, who probably lived in the original manor house, dated 1591.  There is also a list of rectors going back to 1297.

The windows in the apse showing St John the Baptist, the crucifixion and St Nicholas and the window in the south aisle depicting the Annunciation are the work of a well-known Victorian stained glass designer, Charles Eamer Kempe whose trademark,  a golden wheat sheaf, can be seen in these windows.  Above the main door of the church is a painting of the Royal Arms, this was painted in 1969 to commemorate the investiture of HRH Prince Charles as Prince of Wales and in memory of Colonel Richard Burnell, Church Warden from 1929-69, by Clare Cridlan who lived opposite the church in Remenham Farm.

The church is approached through a beautifully carved lych gate dedicated to the memory of Violet Constance Noble of Park Place who died of scarlet fever aged 14.  Close to the lych gate is the fine tomb of the Stapleton family and nearby is the grave of Cable Gould, lock keeper, who died aged 92 in 1839.  On the grave are the words of the poet Thomas Grey:  “this world’s a jest, And all things show it.  I thought so once, But now I know it”.

Remenham Parish Hall, a delightful brick and flint building, recently refurbished and modernised is avialable for hire for £16.00 per hour.  Bookings can be made on 01491 577925 or at [email protected] //