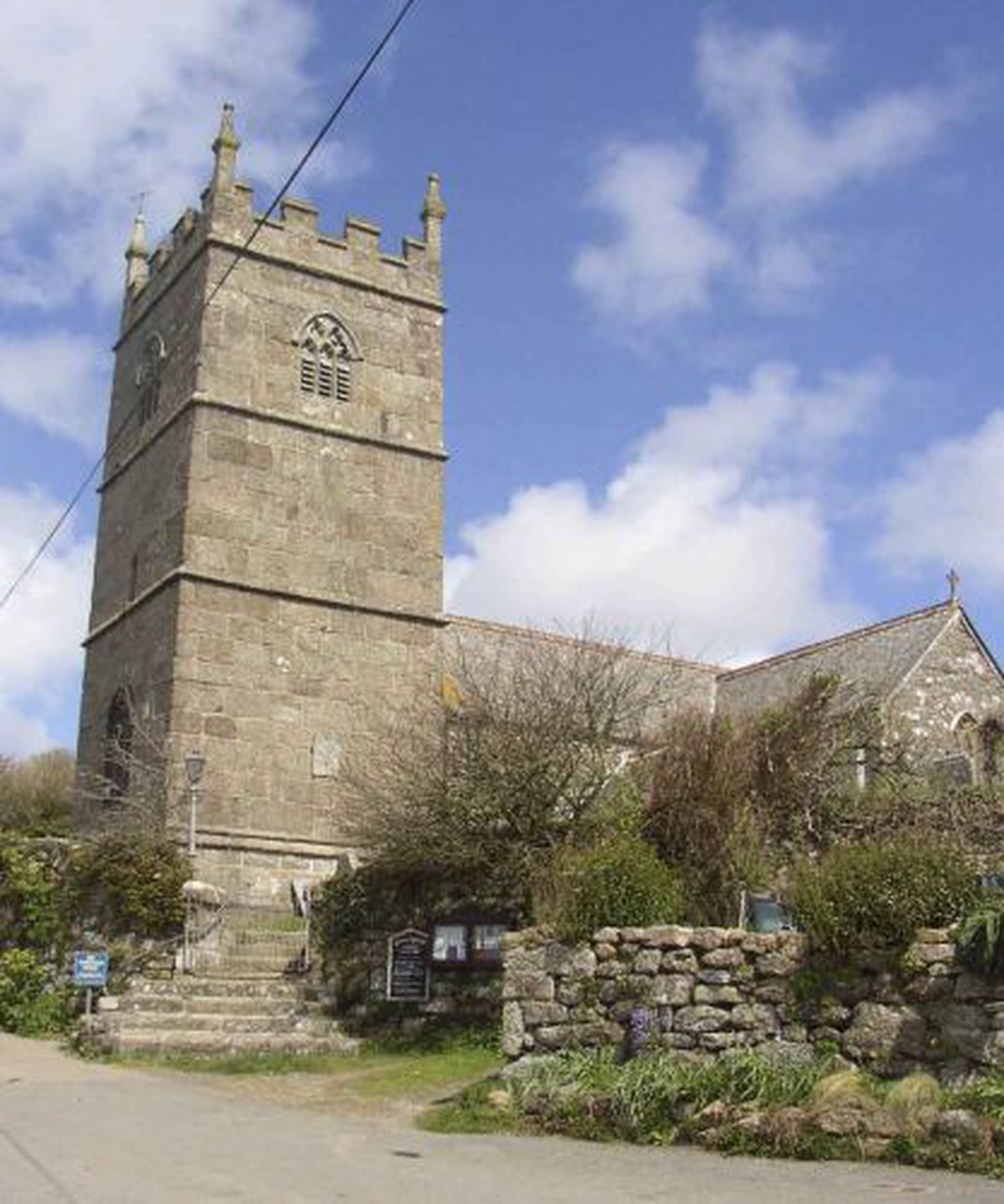 Zennor: St Senara
Services and events
News and notices
About us
Find us
Zennor Truro
Get in touch
(01736) 741488
Facilities
More information
Edit this Church
Church of England Diocese of Truro Zennor

Welcome to the parish church of Zennor: St Senara in the
Anglican Diocese of Truro, Cornwall. Zennor church nestles
among green fields on the north Cornish coast and the tower
stands tall in a beautiful rugged landscape.The circular
graveyard is an Iron Age site overlying the Stone and Bronze Age
boundaries of this ancient land. Christianity came to Zennor
when the Age of Saints followed the fall of the Roman Empire.
Originally dedicated to St. Senara, Zennor is one of the few
places to begin with a Z. The Cornish language hardened in the
16th century and the S changed to Z. The first window in the
chancel shows her holding the church.

The Saxons and Normans built churches so the foundation of
Zennor could be a thousand years old. In Medieval times Zennor
church was constantly improved and enlarged. Now people
come from all over the world to see the famous carving from
those times of a mermaid on a pew end.
For centuries the inhabitants of this windswept parish have
brought their children to Zennor church to be baptised and their
dead to be buried. They have celebrated marriages and sought
comfort in times of stress. At harvest and Christmas this
historic building fills to bursting with the sound of traditional
hymns and carols.

In the tower are tombstones with interesting inscriptions. One is
for the ‘Hen-pecked husband’ with a beautiful engraving for the
‘four winds which daily toss this bubble’. Another is to John
Quick who died in 1784 and ‘excell’d his equals’. On the wall
outside, to the west of the porch, is a memorial to John Davy
who died in 1891. He was the last person to speak Cornish as
his native tongue.

The fortunes of the parish have varied over the centuries and in
1841 the population of Zennor had increased to 1025. Today
the inhabitants have dwindled to a bare 200 and they struggle to
maintain this venerable building. Why not join them and give
thanks for the many thousands of people who have cared for
this church so that it is still here for us to enjoy.