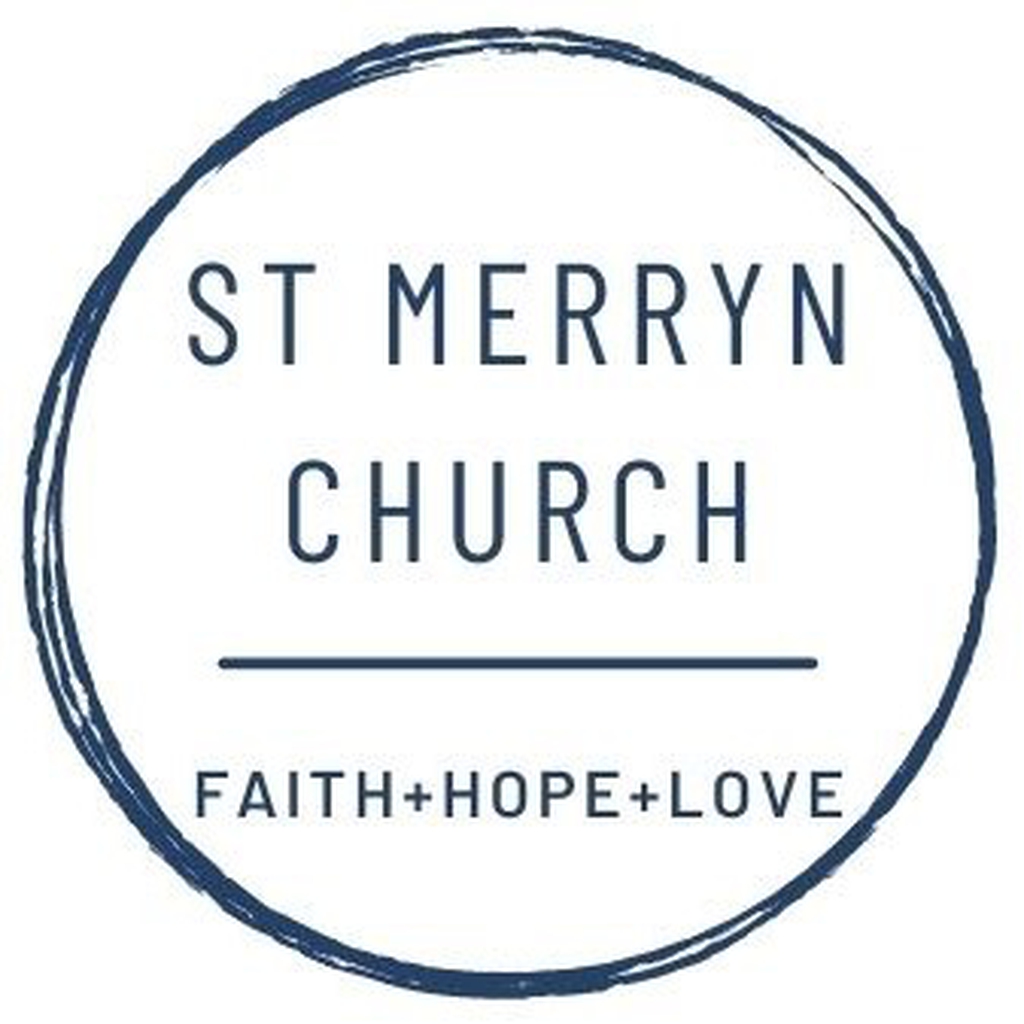 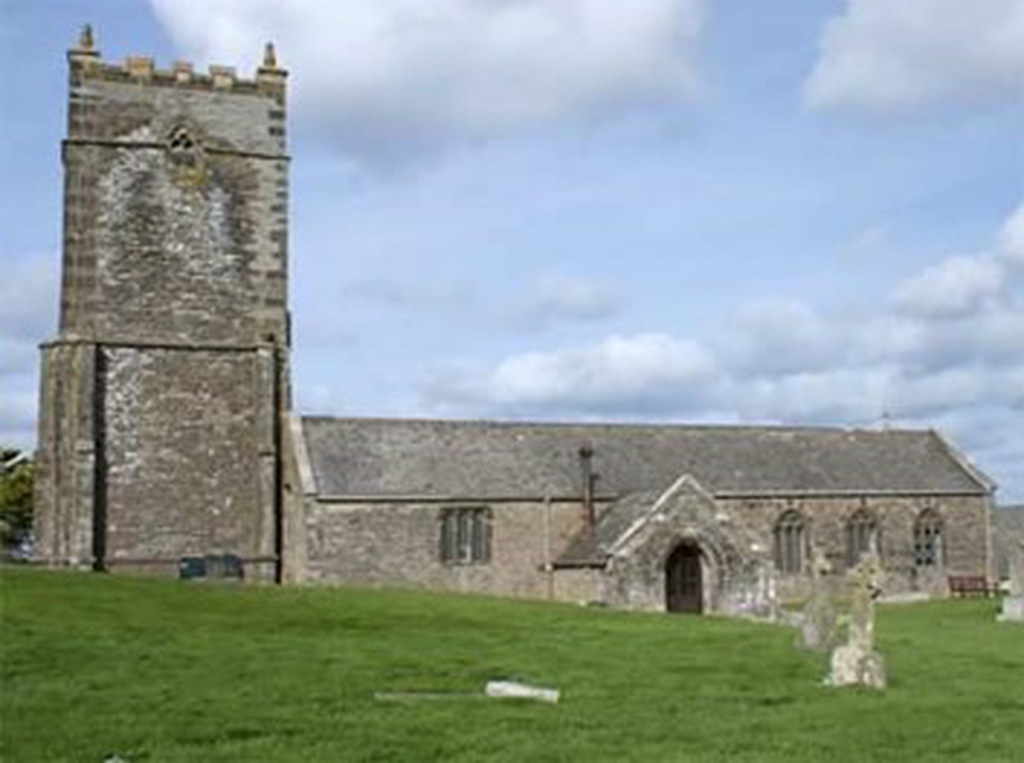 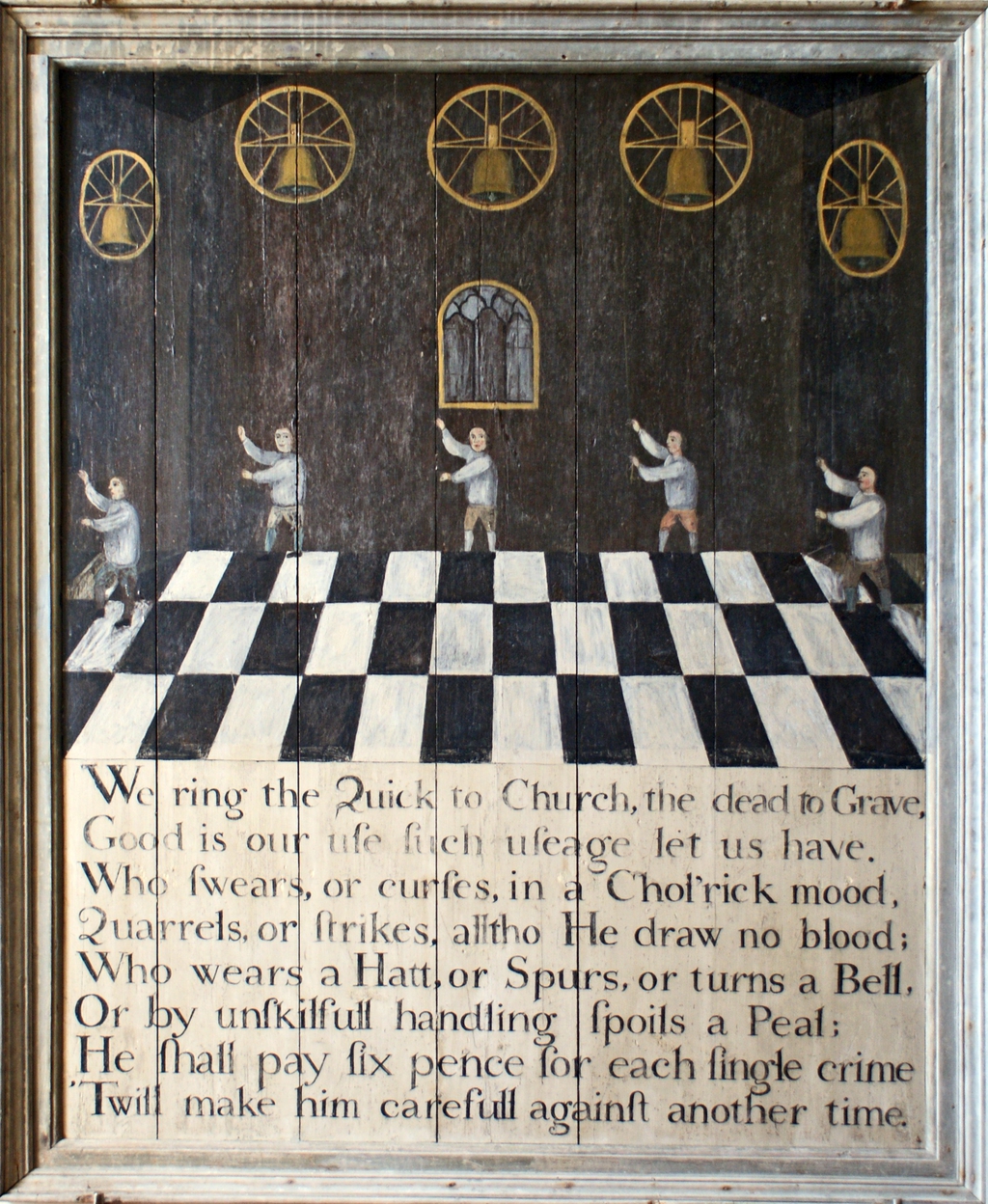 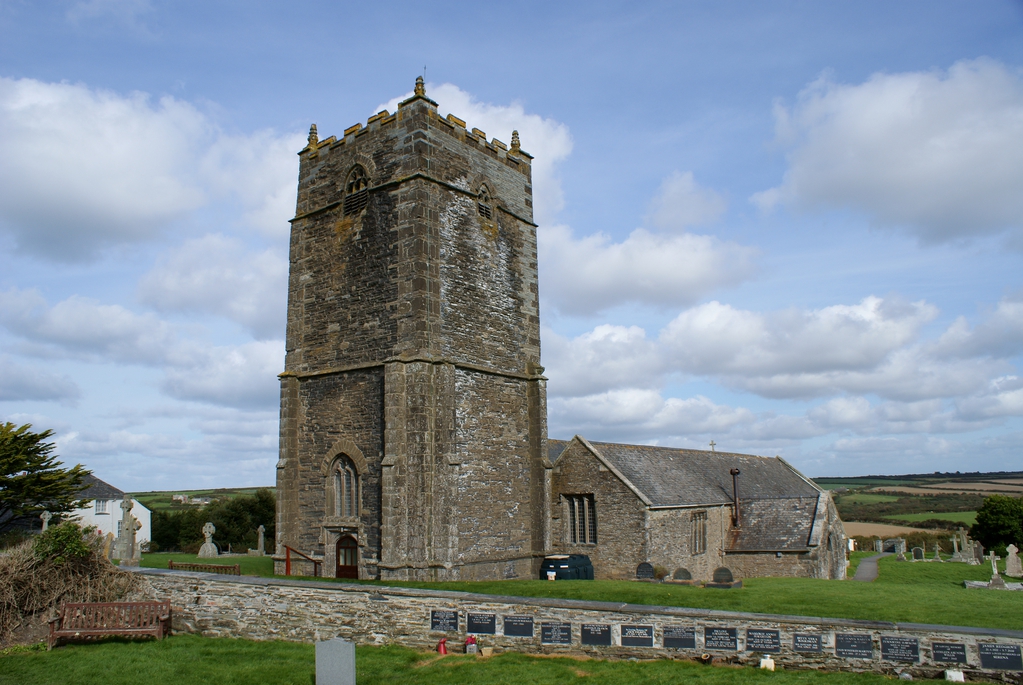 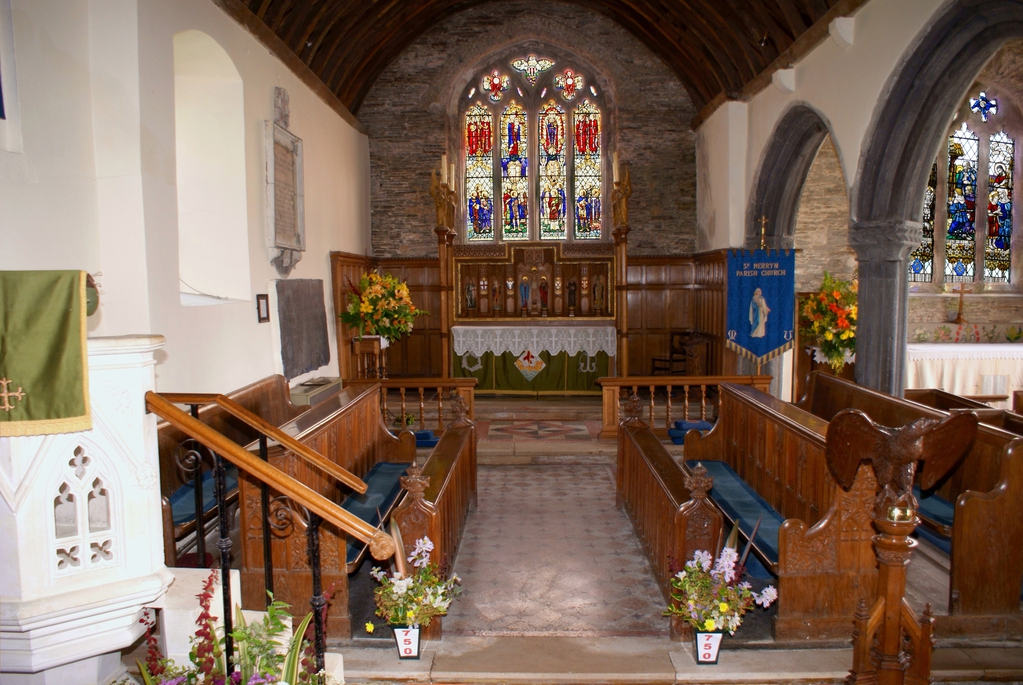 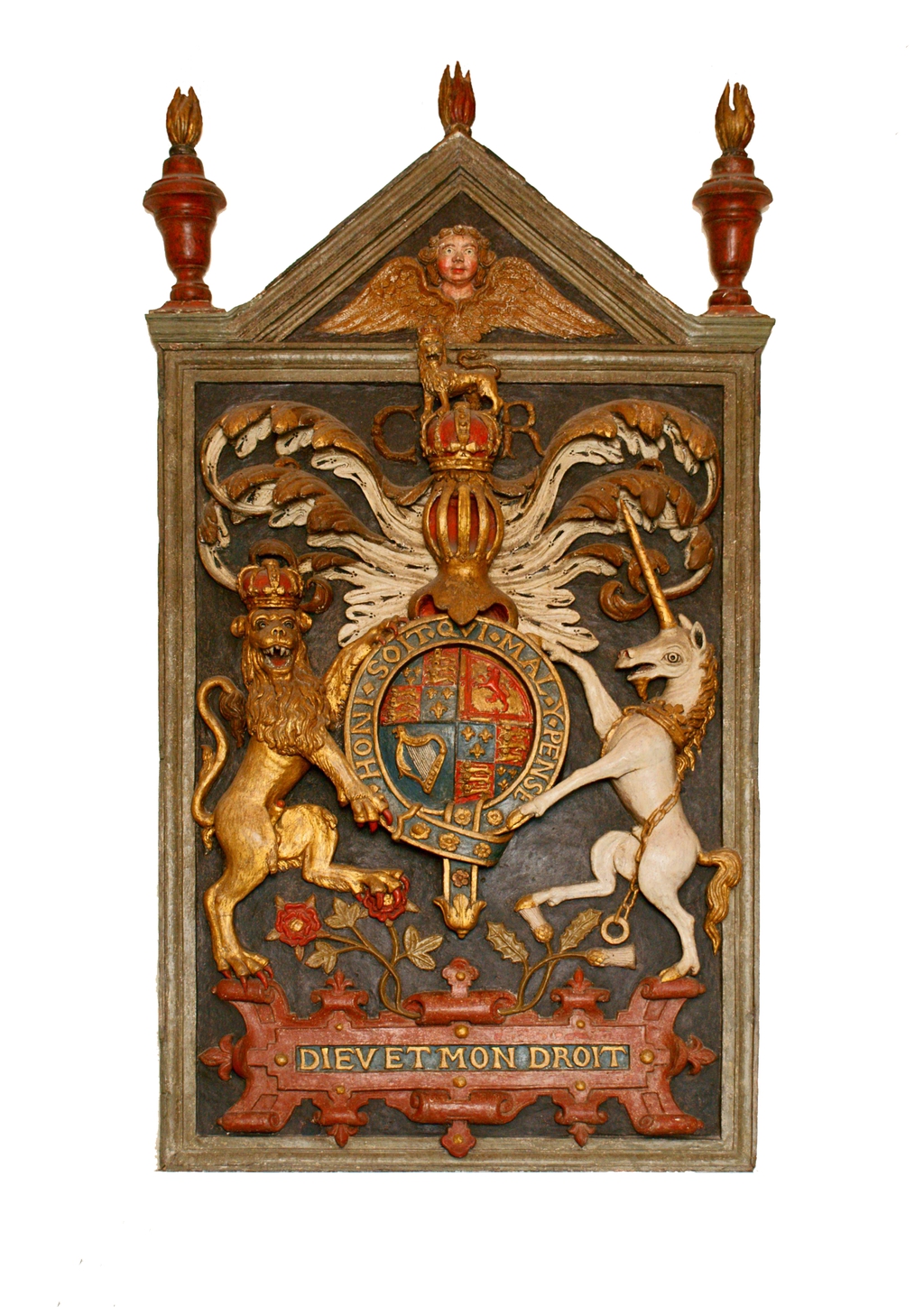 Faith, Hope, Love: We have been called to love God and each other generously and reflect the hope of Jesus and the Gospel.

We seek to be a church for all people and all ages. We want you to feel welcome.

HISTORY
This parish, includes more than 5 ½ miles of coastline, with some of the most dramatic cliffs and beautiful beaches in Cornwall. Most villages in Cornwall have a ‘Churchtown’ separate from the village, reflecting the fact that in the middle ages the population was totally farm based. All ancient pathways and rights of way centre on the church. Next to the church is the Church Hall with large free car park. Opposite is the Cornish Arms public house.

The origins of this church are shrouded in mystery. It is first mentioned in 1259 as being dedicated to St Marina. Marina, also known as Margaret, was a young woman who was executed for her faith in Jesus Christ about the year 300 AD in the city of Antioch in what is now Turkey. She became a very popular saint in the Eastern Roman Empire. For four centuries after her death, fragments of pottery found in the local area prove that North Cornwall was closely linked by trade with the Eastern Mediterranean and the cult of Margaret may have been brought to this place by merchants and sailors. The feast day of St Marina of Antioch is usually 20 July but early manuscripts show that from at least 800 AD Christians in South West England remembered her on 7 July which has remained the date of the parish feast here at St Merryn. The Cornish Historian William Hals (1655-1737) suggested that St Thomas Becket, who was also remembered on 7 July, became the patron and a modern statue of him is found by the high altar but the case for St Marina is much stronger.

From 1477 we find the title of the parish given as St Meryn (Merryn, Merin) which could record the local way of saying ‘Marina’. Some modern scholars believe that it could record an original dedication of the parish to a Celtic saint called Merin which was translated into Latin as ‘Marina’. Nothing is known of him but the name is found in Wales at Bodferin (‘House of Merin’) and in Brittany at Lanmerin, Plomelin and Plumelin.

In the parish of St Merryn is the ruined ancient church and holy well of St Constantine which is referred to in the eleventh-century life of St Petroc. Petroc, living near Padstow, is said to have protected a stag being hunted by a local landowner called Constantine. Furious at this, Constantine tried to kill Petroc with his sword but he was immediately struck with paralysis until he was released when Petroc prayed for him. The angry huntsman and his servants then converted to Christianity, Petroc taught them ‘to be gentle and kind’ and they formed a community by the holy well. Nearby is another ruined chapel and well dedicated to St Cadoc and if there was an original St Merin, he (or she) belonged to this world of the early Celtic saints. There is an image of a female St Merryn in the East window.

The saints are fellow Christians who have died and are with God but are still linked to us in faith and prayer. They are also closely linked to the beautiful landscape around us. The mysterious identity of ‘St Merryn’ and the conversion of Constantine are an inspiration to us all that you don’t have to do spectacular deeds to be ‘gentle and kind’.

The first resident vicar whose name we know, John de Withiel, was installed on the 2nd July 1259. He would have found a cruciform Norman Church with chancel, nave and tower. An early chronicler described the tower as ‘low and stumpy’ and so it probably remained until the fifteenth century.

Architecture
The south aisle is separated from the nave by a beautiful arcade of seven pillars and Gothic arches of Cataclews stone, quarried on Trevose Head in 1422. The south porch and two stages of the bell tower were added at the same time.

The Roof
The impressive wagon roof dates from 1422 and has many carved roof boses. Three grotesquely carved roof bosses and the carved oak wall plate along part of the top and south wall are original fifteenth century work and of particular interest.

Charles ll Coat of Arms
Near the North West corner tower steps is the Charles ll Royal Coat of Arms designed and made in plaster in 1662. It was given to the church by Thomas Peter of Harlyn House, who fought gallantly for the royalist cause in the Civil War. (See photo section)

We have a number of Commonwealth Graves in the churchyard which are maintained to a high standard by the Commonwealth War Graves Commission.

A more detailed guide to St Merryn Church is available in the church when you visit.