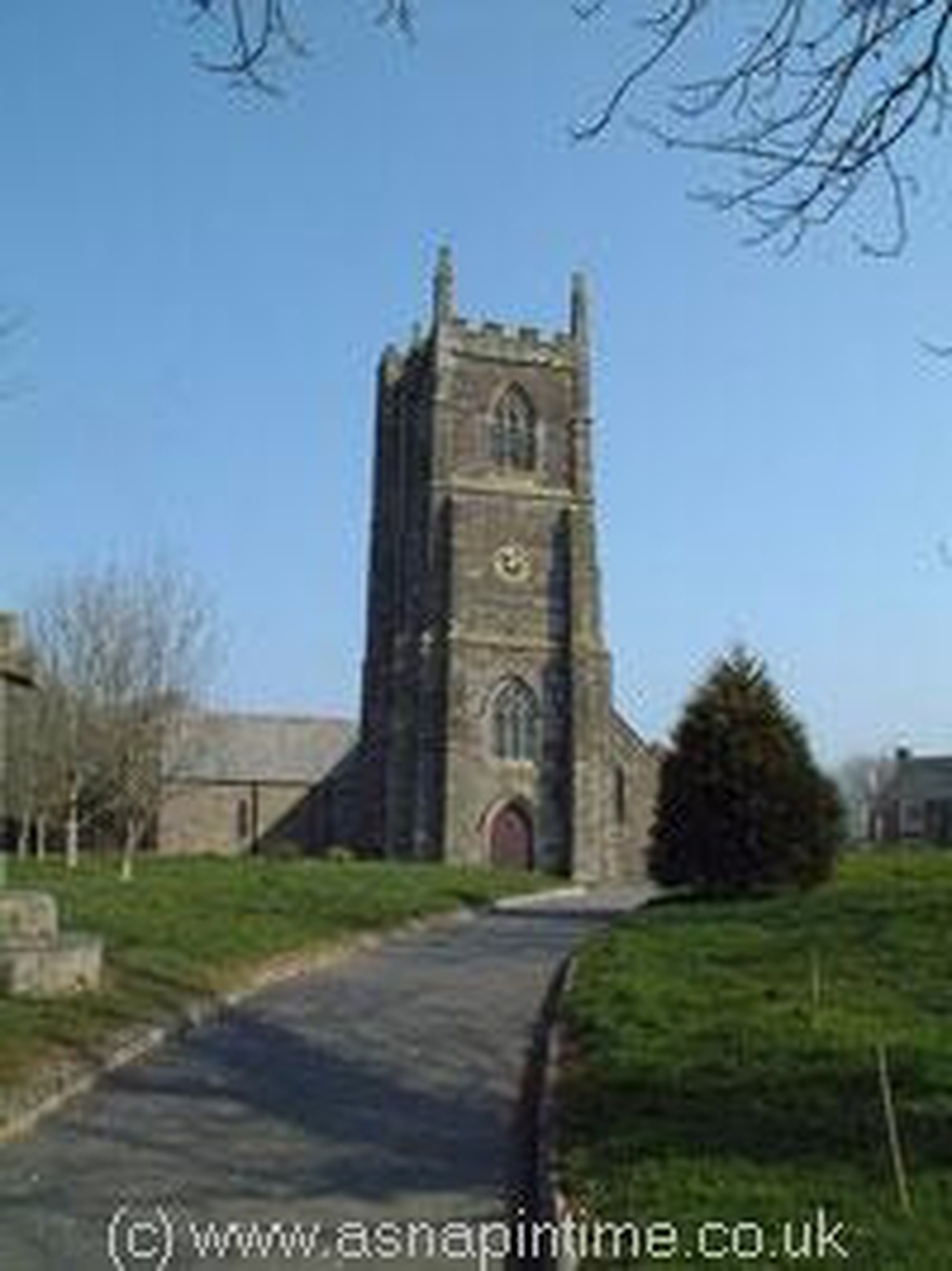 St. Newlina is a Grade 11*listed building. The church was enlarged in the 14th centuary. By the beginning of the 19th centuary the whole of the church was in need of a great deal of repair. A certain ammount was done by but by 1843 restoration was becoming urgent. The whole of the South chancel aisle (now the vestry and organ chamber but once the Arundle Chapel) was rebuilt and paid for by Sir Thomas Dyke Acland who was related to the Arundles by marriage and had inheriated the Manor of Trerice. The font is late Norman (1160-1180)and originally stood at the rear of the centre pews in the nave. In the East window of the Lady Chapel is the head of a Gothic lantern cross. The front depicts Christ on the cross with two of his followers. On the right sideis a female figure holding a head in her arms which could well be St. Newlina.