A Brief History and Guide 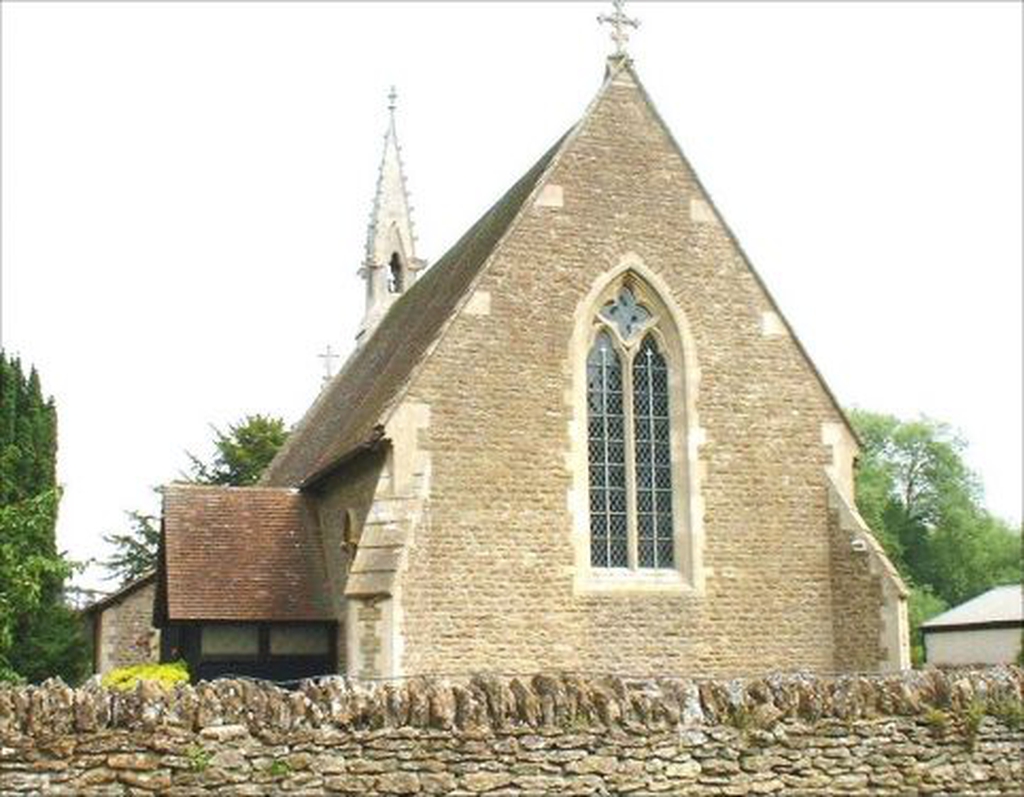 A Brief History and Guide

The earliest recorded mention of a church or chapel in Shippon was in 1284. According to the Victoria County History for that year the portion of tithes and duties for the Vicar of Abingdon were clearly outlined. Among the tithes were those of 'the four chapels of Radley, Drayton, Shippon and Dry Sandford', and among the duties was the necessity of providing 'one chaplain each for Radley and Drayton and one for the two chapels of Shippon and Dry Sandford.

The chapel was certainly not in use in 1658, when a Jury of Enquiry reported that the church of St Helen was insufficient for the people of Abingdon, with the four country villages of Shippon, Dry Sandford, Northcourt and Barton. In 1733, however, the ruins were still visible according to Browne Willis in his 'Parochial Anglicanum'.

The present church was built at the instigation of the Revd Nathaniel Dodson, Vicar of the parish of St Helen, Abingdon, with the approval of Bishop Samuel Wilberforce of Oxford. During the consecration of the church on 12 Dec 1855, Bishop Samuel stated that ‘the land enclosed was formerly consecrated ground, being the site of the ancient church of Shippon with the churchyard thereto, but which church had long ceased to exist'.

On 1 September 1932, Royal Air Force Abingdon was officially opened. Subsequently, when the first RAF Chaplain was appointed as Priest in Charge, St Mary's took on the duel role of providing pastoral care and ministry to the village and the RAF community. This partnership lasted until the departure of the RAF in 1992 and the base was occupied by the Army and renamed Dalton Barracks; St Mary's gained the occasional assistance of the Army Chaplain, who because of his role, often has to be away with the troops.

After the RAF had left Revd Michael Sams, a non-stipendiary minister, took over as the Priest in Charge until his retirement at the end of June 1999. He was succeeded by Revds Christopher and Pauline Seaman who retired in July 2009. Revd Barbara Webb kindly agreed to serve as Priest in Charge for one year and was licensed by Archdeacon Norman Russell in November 2009. During the year 2009-2010 the Abingdon Deanery Synod spent some time debating and organising a new Deanery Mission Plan which resulted in all of the churches becoming members of a cluster group. Shippon church was clustered with Marcham with Garford, Kingston Bagpuize, Tubney and Fyfield, Appleton and Besselsleigh and it was proposed that Shippon and Marcham with Garford should become a joint benefice. This was approved by the Church Commissioners and the union came into effect on 1 October 2014. Revd Canon Richard Zair, minister of Marcham with Garford and Shippon is now also the Vicar of St Mary Magdalene, Shippon.

The church was designed by Sir George Gilbert Scott in the 14th Century Decorated style and consists of a chancel, nave, a porch on the north side and a bell tower with crocketed spire. At the east end of the churchyard there is an altar tomb in memory of Revd W A Strange, first Sanskrit scholar at Oxford University, headmaster of Abingdon School and the first Curate at St Mary's. It is interesting to note that over the southern doorway is the crest of Abingdon Abbey, with which Shippon was long associated.

Entering the church via the porch, the first feature to be seen is the stone font on which is engraved the words, 'Suffer little children to come unto me'. Turning left, along the nave, the first of the stained-glass windows depicts St Mary Magdalene and the Blessed Virgin Mary. It was designed by A L Wilkinson in 1947 to the memory of Mr Albert Salisbury. Beneath this window is a Book of Remembrance presented by Mrs Louise Dunmore; this commemorates those whose ashes were strewn in the Garden of Remembrance behind the east wall, and later, on request, those whose ashes were interred behind the south wall.

The next window along was designed by M C Farrar Bell and installed in 1964. It bears the following inscription: 'This window was presented by the people of Shippon and RAF Abingdon as a symbol of the bond of fellowship which exists between them'. At the top is the RAF Abingdon station crest, the Abingdon cross and sword with the motto, 'Proudly'. The first light represents the parable of the Sower and reminds us of Shippon's link with farming and the growth of the seed which fell on good ground. The second light represents the RAF and shows the Archangel Michael in the role of guardian, holding a sword and spear; his breastplate bears the cross of St Edmund of Abingdon (Archbishop of Canterbury 1233-1240). Look for the RAF roundels and parachutes in St Michael's wings!

In the Chancel, at the rear of the left side choir stalls, is a wooden screen installed by the RAF and dedicated in December 1974. It is surmounted by the Station crest and bears the plaques of some of the units stationed at RAF Abingdon over the years. The Army has continued the tradition and presented plaques of the units at Dalton Barracks.

The East window was designed by J Hardman. The three central pictures show: St Mary Magdalene with Jesus: anointing His feet; at the cross and in the garden by the tomb. Above and below the outer lights are the emblems of SS Mathew, Mark, Luke and John: ox, lion, man and eagle. Note the alpha and omega at the top of the window.

The Mothers' Union banner in the Sanctuary represents the village of Shippon with the church at its centre. The aeroplane reminds us of the link with the RAF; the sheep represent the farming community on which Shippon was built; the lily is the emblem of St Mary Magdalene, and the family and marriage are of prime importance to the MU.

Returning to the Nave, and passing the stone pulpit on the left, note the modern window depicting Jesus and the Magi. It was installed in 1970 to the memory of Lt Col S T Austin and designed by M C Farrar Bell

At the rear of the Nave, on the North wall to the left of the exit, are two slate tablets on which are written: The Lord's Prayer, The Ten Commandments and The Apostles' Creed. The many commemorative plaques around the Church bear witness to the devotion of those who have worshipped here over the years. Today, there is a congregation of worshippers with a strong sense of church family, who meet together for the main service at 10.30am each Sunday followed afterwards by refreshments and fellowship in the hall. A warm welcome awaits any visitor to the church.

Before you leave, take the time to thank God for all His blessings; pray for our world and for its peace; pray with love for those who are poor, broken-hearted, lonely or sick. Ask God for His grace and love in all the tasks and opportunities that may come your way and His blessings upon all your loved ones. God be with you. JEM