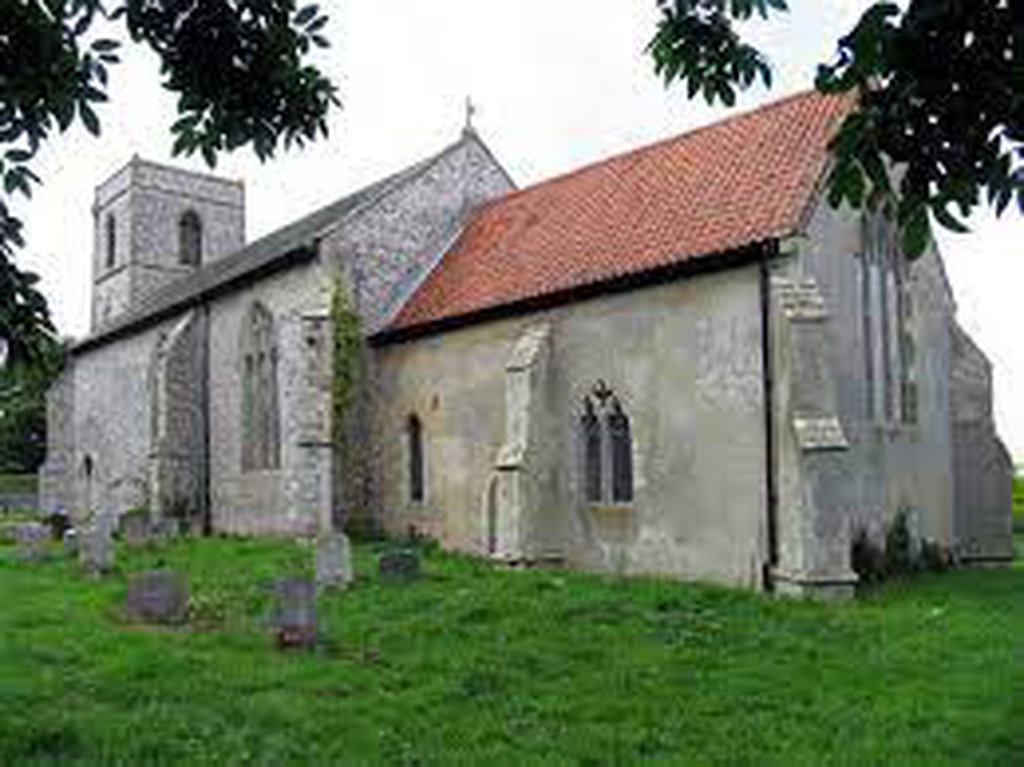 Calthorpe: Our Lady w St Margaret
Services and events
News and notices
About us
Find us
The Street Calthorpe Norwich
Get in touch
(01263) 735922
Facilities
More information
Edit this Church

The church has an unbuttressed tower with features of the Early English style of architecture and some fifteenth century with knapped flints. All the windows of the nave are Perpendicular. There is one decorated Chancel window and the remainder are Early English lancets, showing this church is older than its neighbour Erpingham. The priests door has two Mass dials.
Internally the church simply consists of a Nave and Chancel. In the Nave aisle are various reset 17th century inscribed slabs. The font is fifteenth century and octagonal. The decorative font cover originates from Buxton church. the roof is medieval and of arch-braced type. There are four Consecration Crosses in the Nave. The church has retained thirteen medieval Pews with carved ends known as poppyheads. The pulpit is Jacobean. The altar rails, although renewed in places, are basically Laudian. This church has been extremely well supported by The Norfolk Churches Trust.