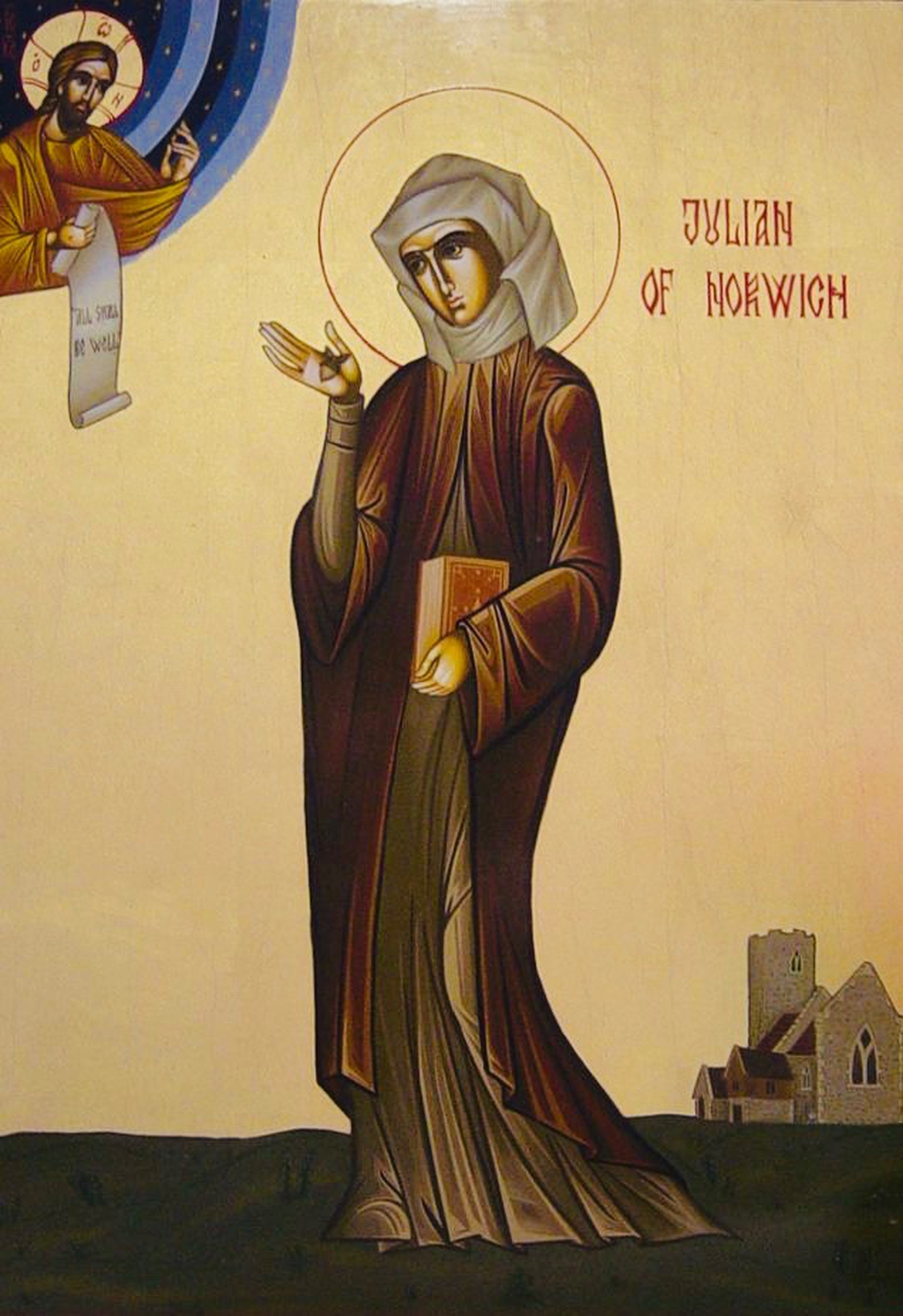 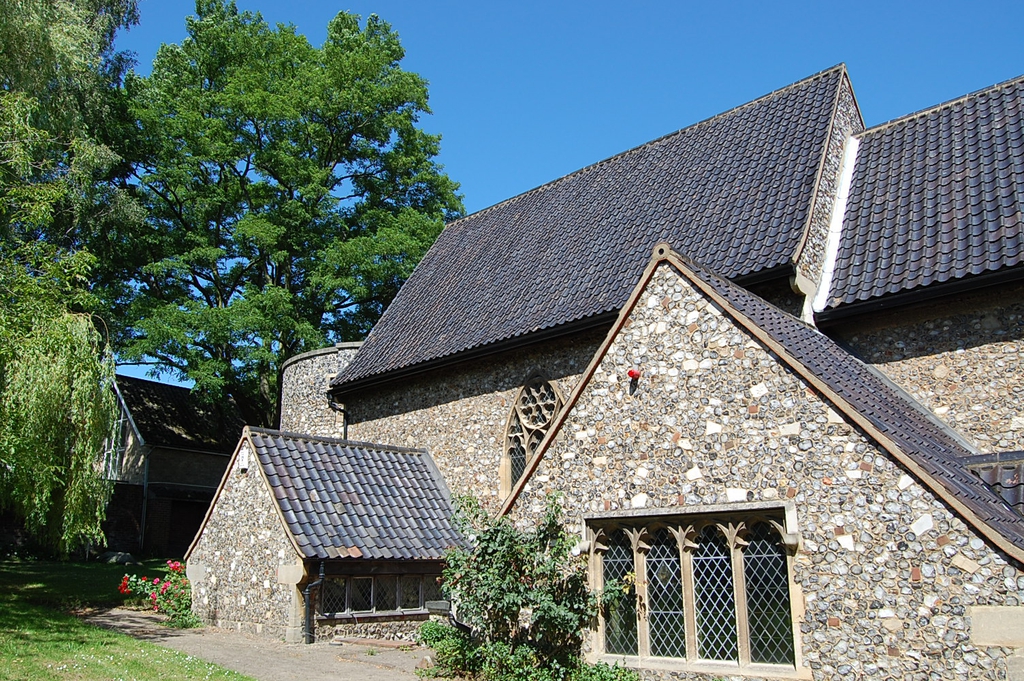 One of the oldest churches in Norwich built almost on the River.  Dedicated to Bishop Julian of Le Mans in France, its claim to fame is that it was the place where the Lady Julian or Dame Julian of Norwich lived for 40 years as an Anchoress in a cell attached to the church, and where she wrote down her REVELATIONS OF DIVINE LOVE, which she had received in 1373 - the first book to have been written in English by a woman.  The cell was destroyed at the Reformation.

The church was severely bombed in an air raid in 1942, but because of the growing popularity of Julian's writings the church was rebuilt in 1953 and the original foundations of Julian's Cell were discovered and a chapel built on the site.  The church is a place of quiet and religious pilgrimage by individuals and groups.  Mass is said there regularly.  It is a chapel of ease in the Timberhill Parish run by the parish staff.

Next door to the Church is the Julian Centre run by the Friends of Julian.  Their contact details are 01603 767380, email [email protected]