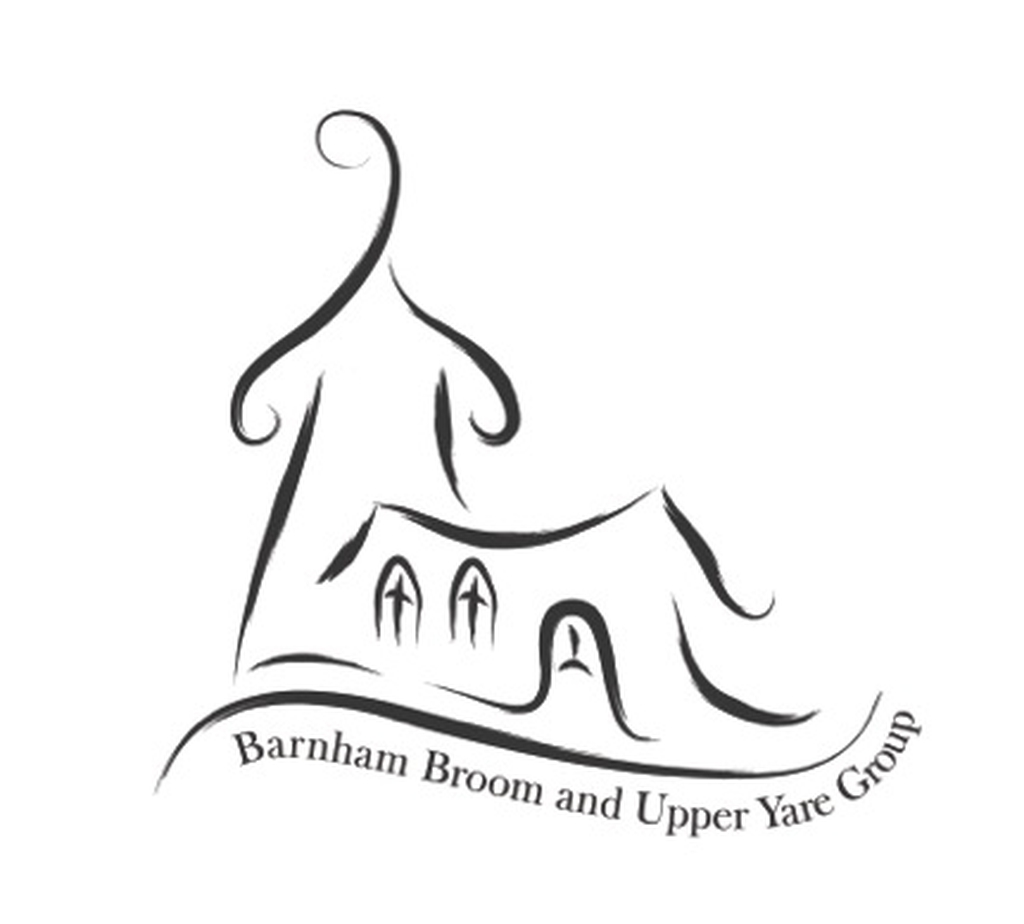 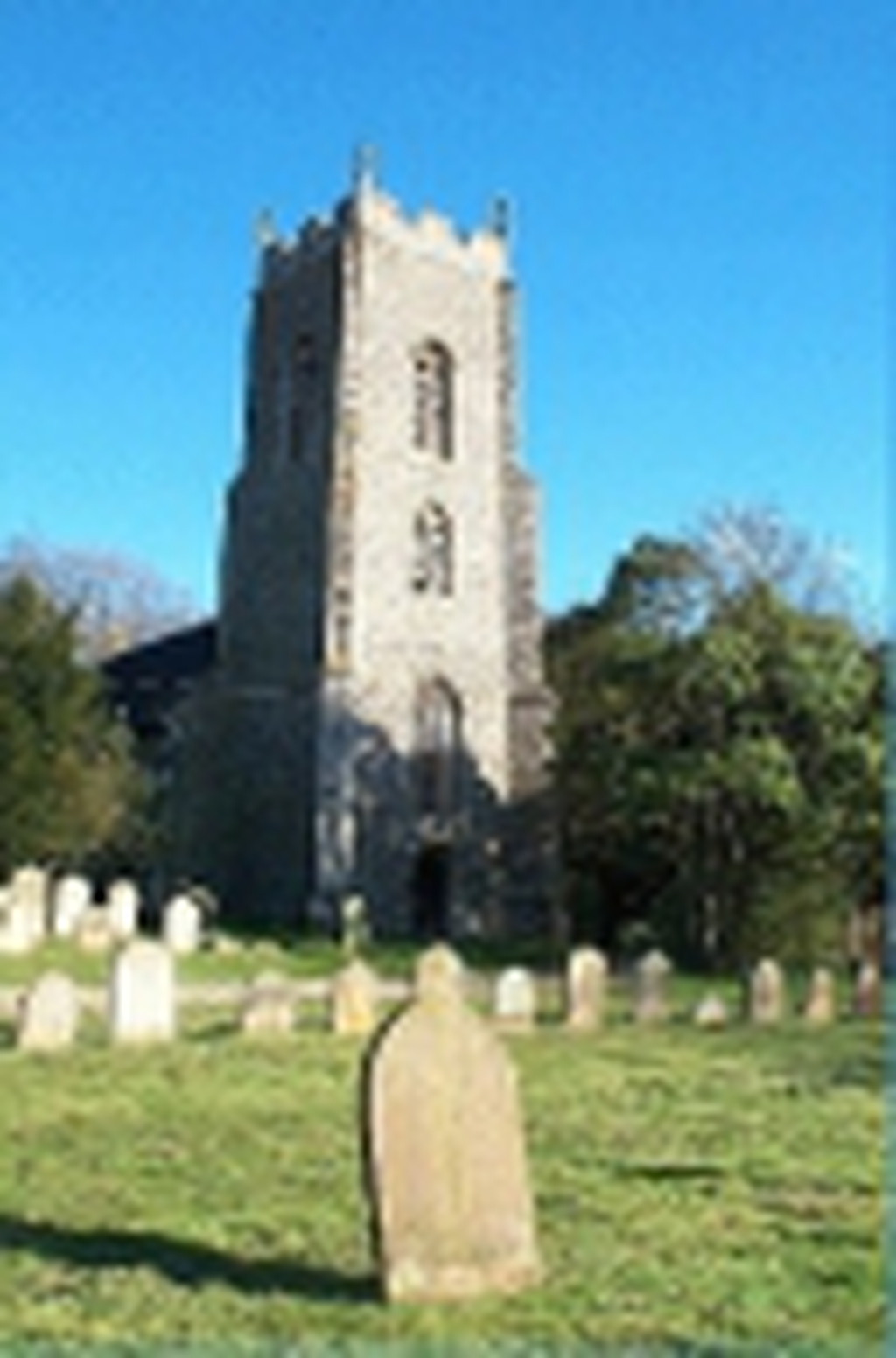 This church was probably built in the first half of the 14th Century. The first recorded rector is Ralf Bacon ( 1329-1332). Prior to this there was an earlier Anglo-Saxon church dedicated to St.Michael. This was sited to the North of the churchyard and probably demolished by 1347- since the livings of the two churches were joined in that year. The remains and position of this earlier church can still be detected, but as far as is known, the site has never been explored. The old rectory, built in early Victorian times, bears the name St.Michaels in remembrance.
The tower was probably built in the first half of the 15th Century. Two of the bells date from mediaeval time - one being cast locally in Norwich. The tower was restored in 1850 and an additional window put in on the West side. Figures of Matthew, Mark, Luke & John originally formed pinnacles, but Matthew fell down about 1990. He was placed in the porch but was stolen in the early nineties.
Like the tower, the nave and the chancel are built in the late mediaeval "perpendicular' style.There is a stone slab fixed in the West wall of the porch which is part of a coffin-lid.
The interior of the church is noted for its fine rood-screen at the foot of which are twelve panels. Ten of these panels depict Saints and two are blank. The paintings are very faint - not surprising since they were painted nearly six hundred years ago !
The church was originally of Catholic persuasion. Hence there is a 15th Century piscena on the South side of the nave. ( Used for washing the priest's hands and chalice at Mass.) The church plate (not on view) includes an Elizabethan chalice of 1567. On the North side of the church is the (now blocked up) doorway to stairs which once existed to a rood loft above the screen.
The gallery was constructed in the reign of George the third. At the same time the organ was moved from the chancel to the gallery.
There have been forty-two rectors in charge of the church - from the 14th Century to the present day. But there is little doubt that it was in the 19th Century that the the church was at its zenith. Many improvements were made at this time. The church was re-pewed about 1850. The pulpit and the font-bowl are said to date from this century. At one time a boiler was installed in the church and the large pipes of an early central heating system are still in evidence. Oil lamps were supplanted by electricity in the 20th Century . The present electric heaters date from the 1970s.
A memorial on the North side of the church records the names of the eight men of the village who gave their lives in the first World War. A board in the Nave gives the names of the forty-four men who served in the forces in that conflict. (Most of these can now be traced in the churchyard.)
On the South side of the church is a small wooden wall-door on which the names of those four men who died in the second World War are etched. The dead of both wars are remembered each year in a simple Remembrance Day ceremony.
In recent years some of the pews have been removed to create a small children's area and to make room for concerts and choir recitals.
Recently the church tower underwent structural repair enabling the bells to be rung for the first time to celebrate the centenary of the end of the First World War in November 2018. Now the sound of the church bells across the village and surrounding countryside are regularly heard thanks to a committed band of excellent bell ringers. Special bell ringing practise facilities have also been installed to help train up the next generation of bell ringers.
Barnham Broom church is part of the Barnham Broom and Upper Yare Group of churches. This comprises fifteen parishes - the largest rural group in England.
More details of this listed building can be obtained from the leaflet within the church.
The church is open most days from morning to dusk. You are welcome to study the many features of architectural and historical interest. Seven-hundred years of Christian tradition reside here. Perhaps you would like to say a prayer for its continuance !
=============================
Derrick Clavey.