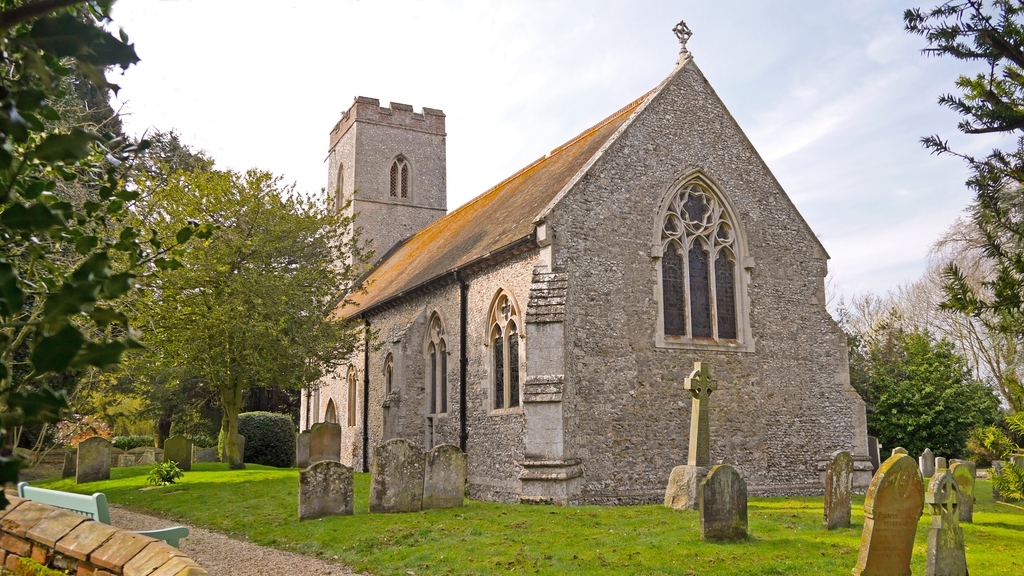 A Small but friendly church in a picturesque setting, a short distance from the B1153.

Congham is famous for its World Championship Snail Race on the third Saturday of July, at the super Summer Fete.

Several members of the Spelman family were buried at Congham. In the 18th century two members of the Nelson family were rectors, Edmund Nelson, Lord Nelson's Father's 1st cousin and namesake, who were at Cambridge together, and Nelson's 2nd cousin James Rose Edmund Nelson.
More recently the church was supported by Everard and Elwes familes who lived in Congham, and there is a set of 40 individually designed kneelers designed by Joan Ross in memory of Susan Gurney (nee Elwes).

The church was linked to the (old) Rectory by an underground tunnel, which it would be fascinating to excavate but it's full of water!

Although Congham is a small village, it once had three churches, but St.Mary's and All Hallows are no longer standing.

Read and see more at our web site at www.ggmbenefice.uk This shows all Service Times and a calendar of events.
×