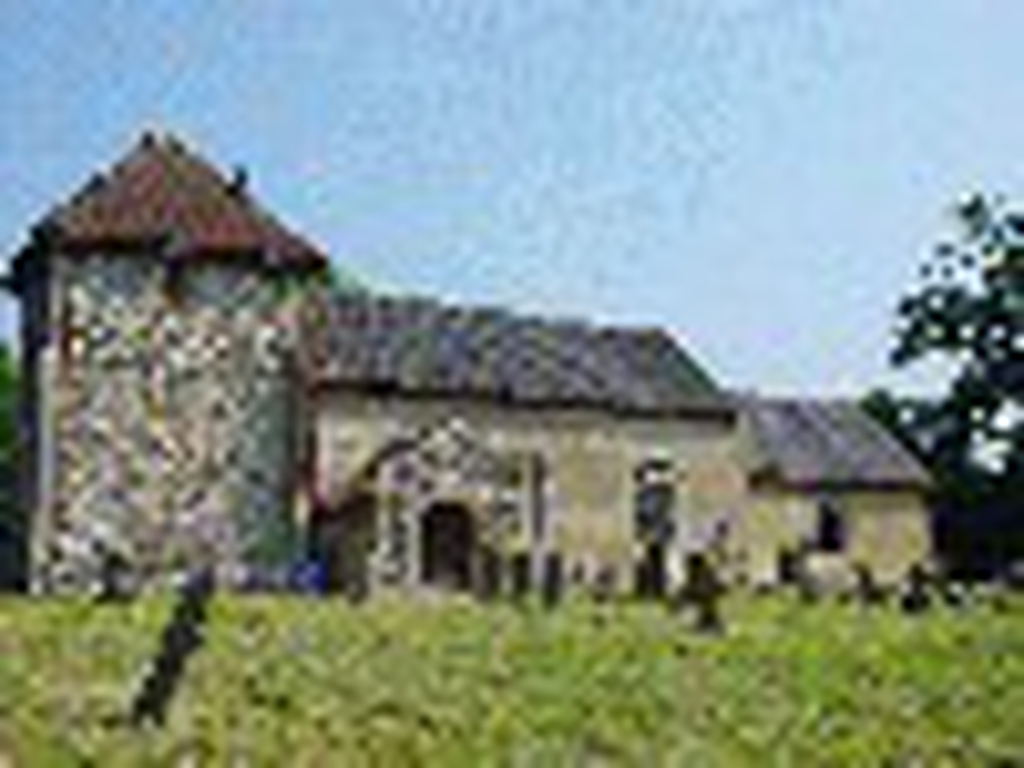 Tradition suggests that the church at this site was founded around 960 AD.The building is relatively small in Early English style (1220 AD and with some parts in Perpendicular style (14th C). A Bishop's licence to build a church in 1240 AD was granted to Sir William Bardolph.
The tower is low and square apparently having lost an upper stage, now topped with a pyramid shaped roof with weathervane.
The south entrance porch has blocked in windows and a niche for the churches patron saint, the main door is Early English in style.
The interior is delightful with a pleasant wooded roof. There are several interesting memorial monuments from 1609 to the 19th century. The east window is particularly interesting having been designed to celebrate the accession of Queen Elizabeth ll