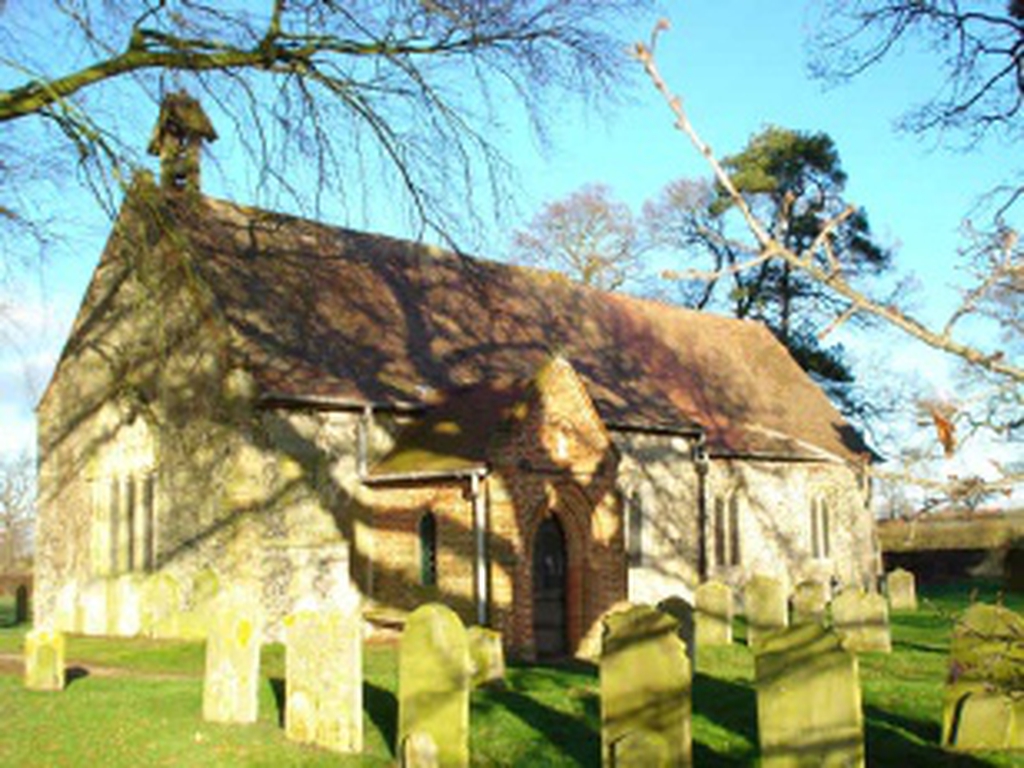 Thelveton: St Andrew
Services and events
News and notices
About us
News From Thelveton with Frenze
Advent Hope
A history of our church
Blind Bartimaeus
Names of God
Psalm
Safeguarding
Find us
Church Road, Thelveton, Diss
Get in touch
01379 741 994
Facilities
More information
Social
Edit this Church

A history of our church

Thelveton Church was built in the late 14th century, and is dedicated to St Andrew the Apostle. The first patron of the Living was the prior and convent of St Mary Overy in Southwark. The first incumbent was William de Lageford, who was only in minor orders. He was an acolyte, which is next below a sub deacon. He was at Thelveton from 1308 to 1311. He was followed by Francis de Causton, Roger de Soterle (1322), John, son of Walter Jowet of Wynneferthyng (1327), Richard of Ely (1332), and John, son of Thomas Durand (1351). John Jowet, Richard, and John Durand each resigned the living, though in the case of John Durand it is not clear how long he remained in Thelveton. No other rector is recorded until 1409, so he may have remained all that time. If so he would have been the incumbent during the time of the building of the present church.
Walter Arnald of Palgrave became rector in 1409, followed by John Halston of Salisbury Diocese (1425), Thomas Drawesword (1442), and John Hauteyn (1466).
The person presented by the patron to follow John Hauteyn was found to be unfit, so John Penman was presented by the Bishop in 1483. The prior again presented the next rector, John Watts in 1528, but by 1583 Daniel Bowen was presented by the Crown.
Roger Bugge had the living in 1591, and it was in his time that the nearby Thelveton Hall was built by Thomas Havers of Winfarthing. Several members of the Havers family are buried in the chancel.
William Bagley BA followed in 1612. By the time of Edward Cartwright MA (1631) the living was united with Billing-ford, though that union was later broken.
In 1679 Thomas Wales was presented to the Living, and it was joined with the Living of Frenze. This union is still strong. The small church of Frenze is in a farmyard. It is now redundant and in the care of the Churches Conservation Trust. More details can be found on the Frenze website.
In the eighteenth century the rectors were Henry Swetman (1702), Edward Bosworth (1711), John Randall senior (1714), John Randall junior (1728), Thomas Turner MA (1729), Berry Dobson (1750), and Nathaniel Scott , who was also rector of Thorpe Abbotts (1774). In Barry Dobson's time the steeple fell down in March 1757, and the two bells which it contained were damaged. They were sold and the proceeds used to erect a small bell-cote and to purchase a small chiming bell. The faculty for this work is dated 1761. The bell which currently hangs in the bell-cote is an 18" diameter Mears and Steinbank casting dated 1924. At present it is not known what happened to the original bell.
Moses Manners (1813) was the first rector presented in the nineteenth century, followed by William Holmes MA (1842), Robert Anwyl Prichard SCL (1863), and Marcus Ernest W. Johnson TAKCL (1886). By the time of Robert Prichard the building had fallen into disrepair. By this time the Mann family had bought Thelveton Hall, and in 1872 the building was partly restored by Thomas Mann Esq. In 1872 the chancel was further renovated by the Mann family in memory of Rev'd R A Prichard.
In 1879 Thomas Mann erected a reredos of alabaster, marble, and mosaics to the memory of James Mann of Saham Toney and Winfarthing, and his wife. The reredos consists of three mosaic panels representing Alpha, Omega (the beginning and the end  Revelation 1 v 8), and Chi-Ro (the first letters of the Greek CHRISTOS).
The East window, which depicts the Ascension, was presented in 1899 in memory of Thomas Mann and his wife, Fanny, by their children. The organ was erected in 1900 in a chamber especially built for it by Sir Edward Mann Bt.
20th century incumbents were Ralph Arthur Unthank MA (1924), Arthur William Holton (1953), William Patrick Fair (1956), Joseph W. Edmonds (1966), Simon John Overington Spikin (1981), Benjamin John Sasada MA (1996), Janice Beasant Scott (1999),James Roskelly (2010), Sarah Walsh (2018 after a two year interregnum).

Some time in the 1970s the pews and pulpit were removed and replaced by oak chairs, pulpit and priest’s stall. The faculty to replace the pews is dated 11th March 1970. The chairs are dedicated to parishioners, past and present.

William Fair and Joe Edmonds were rectors of Dickleburgh and Priest-in-charge of Thelveton with Frenze. The two parishes were united into a single benefice during the time of Joe Edmonds. During the incumbency of Janice Scott, Thelveton became part of a benefice of six parishes: Dickleburgh with Langmere and Shimpling, Pulham Market, Pulham St Mary, Rushall, Starston, and Thelveton with Frenze. In 2008 Janice Scott was made honorary canon of Norwich Cathedral.