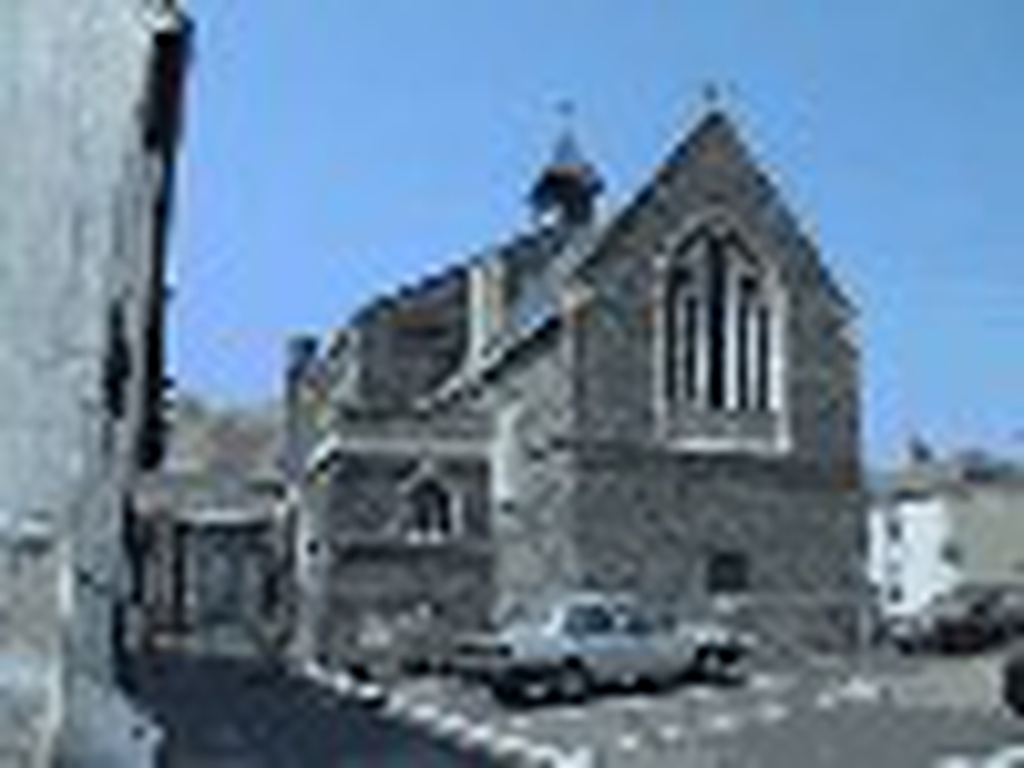 “a most welcome guest”

Since the formation of our Cluster [Antony, Maryfield, Sheviock and Torpoint] it has become our tradition for our Posada to start its journey from St James Torpoint on the 1st Sunday of Advent. Each of the following Sundays it resides in another Church in the Cluster, returning to St James Torpoint for Midnight Mass on Christmas Eve. All the other nights of Advent It resides in a different home. This provides an excellent opportunity to put some time aside for preparing ourselves during Advent so that our attention is rooted on the Lord and not the heightened materialism during this time of the year.

The night the Posada spends in a home it should be to welcomed by spending some quiet moments looking at it, put yourself there. Consider ‘their’ journey, ‘your’ journey, waiting for what is to come, and what really matters. Maybe slowly read again the Gospel account and take in what our Lord says to you. It is suggested that the Posada is put in a prominent position, a focal point for reflection, conversation, prayer and sharing the Good News.

MAY PEACE BE UPON YOU DURING THIS ADVENT SEASON

Las Posadas (Spanish for "the inns") is a nine-day celebration with origins in Spain beginning December 16th and ending December 24th. It is a yearly tradition for many Catholic Mexicans and some other Latin Americans and symbolizes the trials which Mary and Joseph endured before finding a place to stay where Jesus could be born, based on the passage in the New Testament, the Gospel of Luke (2:1-9):

"……………………………………………………………………………Now, at this time Caesar Augustus issued a decree for a census of the whole world to be taken. This census -- the first -- took place while Quirinius was governor of Syria, and everyone went to his home town to be registered. So Joseph set out from the town of Nazareth in Galilee and traveled up to Judaea, to the town of David called Bethlehem, since he was of David's House and lineage, in order to be registered together with Mary, his betrothed, who was with child. While they were there, the time came for her to have her child, and she gave birth to a son, her first-born. She wrapped him in swaddling clothes, and laid him in a manger, because there was no room for them at the inn. In the countryside close by there were shepherds who lived in the fields and took turns watching their flocks during the night. The angel of the Lord appeared to them and the glory of the Lord shone around them. [Luke 2, 1-7]

What is it all about?  During the evenings leading up to Christmas Day, 'nativity sets' of Joseph and Mary travel on a roster basis visiting a different family or place every night.  The night Mary and Joseph 'stay' provides a great opportunity to invite guests around to share together the true meaning of Christmas with [for example] a prayer evening or Christmas carolling.

Typically, each family in a neighbourhood will schedule a night for the Posada to be held at their home, starting on the 16th of December and finishing on the 24th.  Every home has a nativity scene and the hosts of the Posada act as the innkeepers.  The neighborhood children and adults are the pilgrims, who have to request lodging by going house to house singing a traditional song about the pilgrims.  All the pilgrims carry small lit candles in their hands, and four people carry small statues of Joseph leading a donkey, on which Mary is riding.  The head of the procession will have a candle inside a paper lamp shade.  At each house, the resident responds by refusing lodging (also in song), until the weary travelers reach the designated site for the party, where Mary and Joseph are finally recognized and allowed to enter.  Once the "innkeepers" let them in, the group of guests come into the home and kneel around the Nativity scene to pray (typically, the Rosary).  Latin American countries have continued to celebrate this holiday to this day, with very few changes to the tradition.  In some places, the final location may be a church instead of a home.  Individuals may actually play the various parts of Mary (María) and Joseph with the expectant mother riding a real donkey (burro), with attendants such as angels and shepherds acquired along the way, or the pilgrims may carry images of the holy personages instead.  At the end of the long journey, there will be Christmas carols, children will break open piñatas by striking these colourful papier-mâché objects with bats while blindfolded to obtain candy hidden inside, and there will be a feast.  Traditionally, it is expected to meet all the invitees in a previous procession.

Joseph and Mary set off on the long, arduous 90 mile journey from Nazareth along the valley of the River

Jordan, past Jerusalem to Bethlehem.  Mary travelled on a donkey to conserve her energy for the birth.

However, there is evidence that Mary did walk for if Joseph did indeed possess a donkey — by no means a certainty for a couple of as impoverished as we know these two to be — he, Joseph, would have been the person riding it, not Mary.  Ralph Gower’s authoritative Manners and Customs of Bible Times states: ‘If Joseph had taken the position ascribed to him by many artists, of walking beside a donkey that was carrying Mary, he would have been the laughing-stock of his contemporaries.’

Jewish men loved and respected their wives more than most men in those days, but nevertheless the wife was subservient in all things — certainly in matters such as who should sit on a donkey ... And Mary’s pregnancy, despite being so far advanced, would not alter that.  There were no ‘new men’ in those days.

Was painted by Revd Christine Musser in 2000and framed by John Newcombe.  It depicts Mary and Joseph walking in the snow.

At that time Revd Christine was the Curate in the Parish of Torpoint.