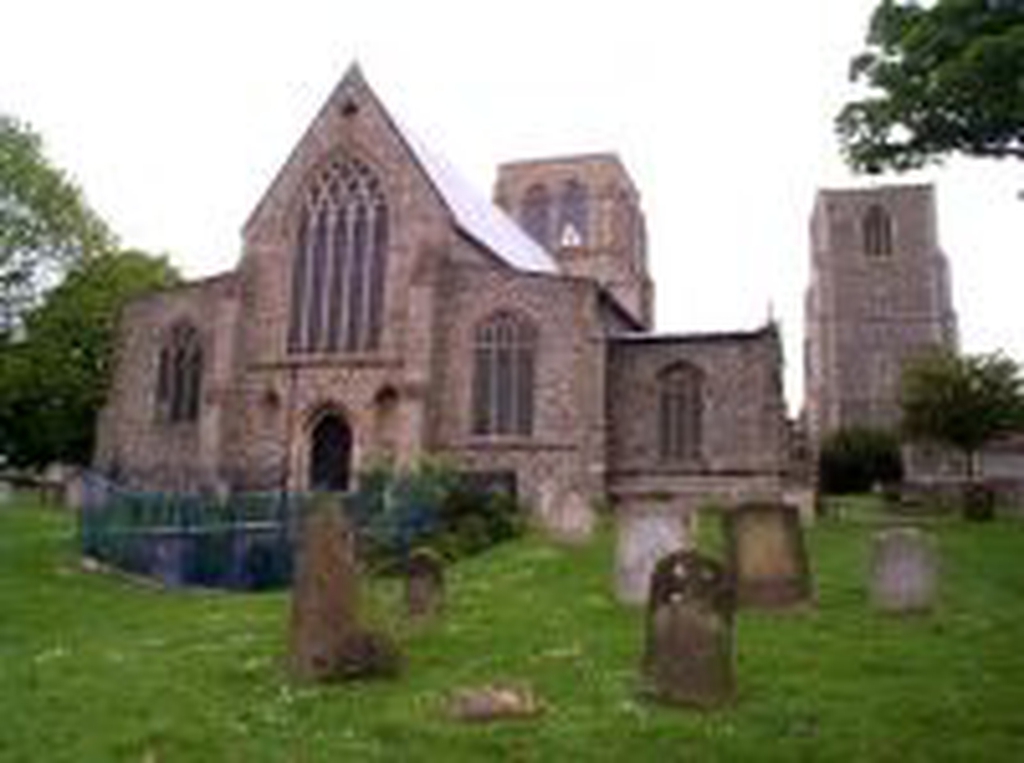 The church has many interesting architectural features and artefacts.

The interior is exceptionally impressive with a broad nave, North and South aisles, twin transepts and a 13th century chancel. The Norman features within the church are the remains of the spiralled pillars either side of the chancel arch, and a lower part of the attached colums leading to the chapel South of the Eastward crossings. The one to the East might be where the Norman transept was sited; the one to the West, from which the tower now rises, was created in the 14th century. The early 13th century responds (a half column attached to the wall and supporting one side of an arch) of the half pillars leading into the North transept are patterned like a ship's keel and supported by twisted brackets. The carved and gilded Rood Screen giving access to the chancel is a memorial to the fallen of the First World War.

The chancel is essentially 13th century with the lancet windows to the North and South. The East window, althought perpendicular in style (1350-1530), has retained the Decorated circular window in the top. On the South side are dog-toothed arches above a double piscina and the graduated sedilia. The sections of the sedilia were to accomdate the celebrant, the deacon and the sub-deacon. On the North side is the 13th century aumbrey, a recess to hold the vessels of Holy Communion. A rare feature is the survival of a lamp-holder above the aumbrey.

The nave presents some peculiar problams of dating. The two aisles are of different periods. The westernmost quatrefoil attached pillars either side of the West door were earlier placed in a more eastward posistion. Probably where the two octagonal pillars now stand, marking the extent of the earlier Norman church. The Norman archway of the South door has also been moved a bay westwards.

The three round piers in the south arcade are early 13th century and the three quatrefoil piers on the North side are late 13th century. The extensin of the church by a whole bay and the inclusion of the octagonal piers probably took place in the 14th century. The tracery in the windows of the North aisle are uniformly Decorated, circa 1300, and those of the South aisle are perpendicular, late 14th or early 15th century. At the end of the 15th century, the South porch was erected through the benefice of Roger and Margaret Boton. In the 15th century, a large room was built above the South transept for use as a treasury but is now used aa a muniment room.

The extremely elegant lantern tower was built in about 1400 and originally housed a full set of bells. Only the sanctus bell, dated from 1553, remains in the tower and it is rung during Holy Communion services.

There are some 15th century roofs of interest. The roof of the North aisle is braced with arches with traceried spandrels. The North transept has 128 painted panels depicting alternately a double-headed eagle and a crown beneath which is a rose set in a wreath. The South transept has sixteen large square panels depicting the Lamb lying on a book with seven seals (the Book of Life; Revelation 8 Chapter 5). The Lamb holds a cross-staff from which flies a red cross pennant and around the Lamb's head is a golden nimbus. The Lamb and the Book are surrounded by a wreath, in which are set five roses.