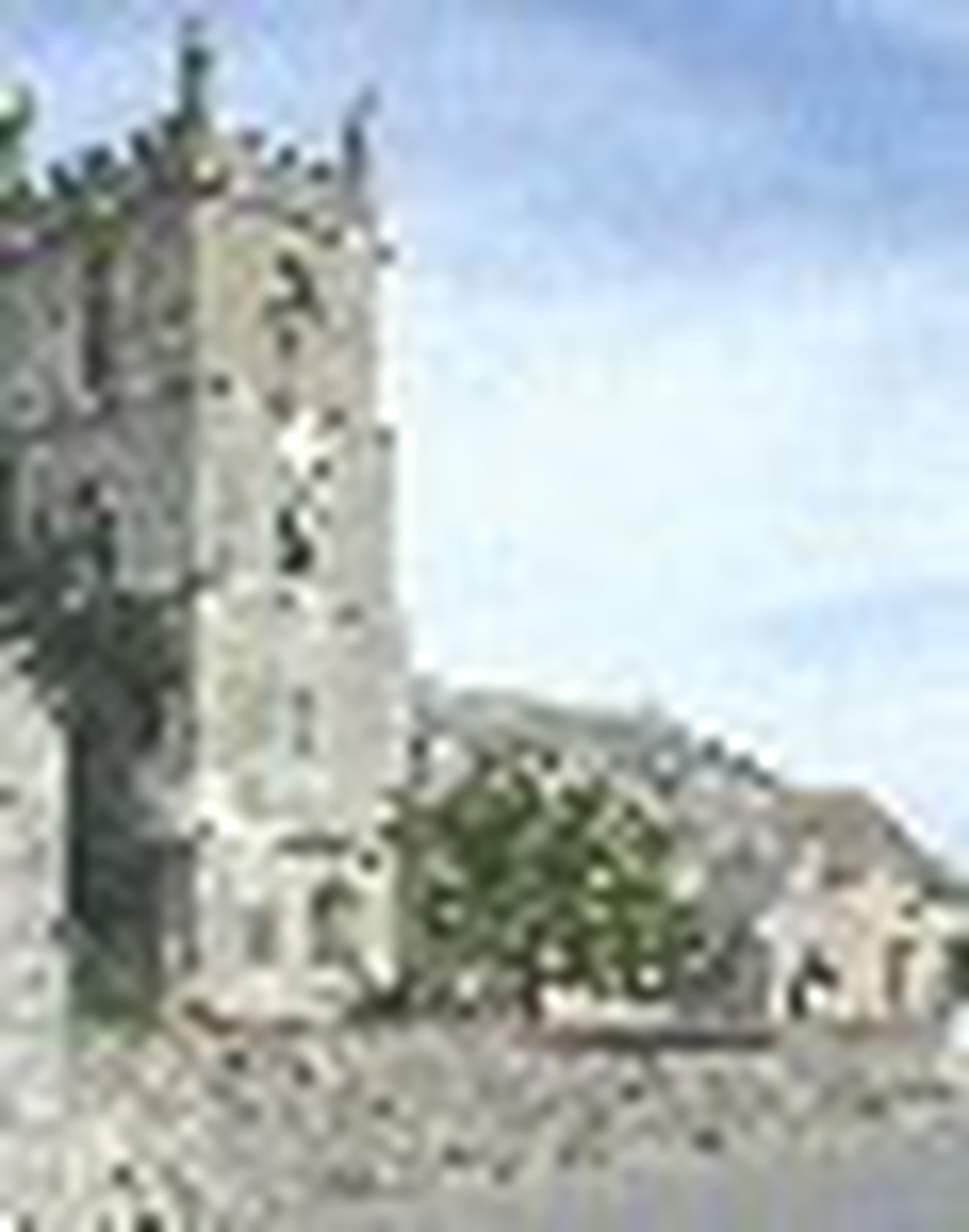 Built in 1250 AD St. Mary the Virgin Church of Charlton on Otmoor is considered to be one of the best thousand Churches in UK (see Simon Jenkins “England Thousand Best Churches”, new edition, Penguin Publishers 2000). A unique rood exists where a large wooden cross, solidly covered in greenery, stands on the 16th-century rood screen, said by Nikolau Pevsner to be the finest in Oxforshire. The cross is redecorated twice a year one on 1st May and the other is on 19th September. Every year on 1st May the children from the local primary school, carrying small crosses decorated with flowers, bring a long, flower-decorated, rope-like garland. The cross is dressed or redecorated with locally obtained box foliage. The rope-like garland is hung across the rood screen during the "May Garland Service".

An engraving from 1823 shows the dressed rood cross as a more open, foliage-covered framework, similar to certain types of corn dolly with a smaller attendant figure of similar appearance. Folklorists have commented on the garlands' resemblance to human figures and noted that they replaced statues of St. Mary and St. John which had stood on the rood screen until they were destroyed during the Reformation. Until the 1850s, the larger garland was carried in a May Day procession, accompanied by morris dancers, to the former Benedictine priory at Studley (as the statue of St Mary had been until the Reformation). Meanwhile the women of the village used to carry the smaller garland through Charlton, though it seems that this ceased some time between 1823 and 1840, when an illustration in J. H. Parker's Glossary of Architecture shows only one garland, centrally positioned on the rood screen (Source: Wikipedia, see on ‘Rood’)

St. Mary the Virgin's Church at Charlton is one of the 8 Parish churches in the Ray Valley Benefice.