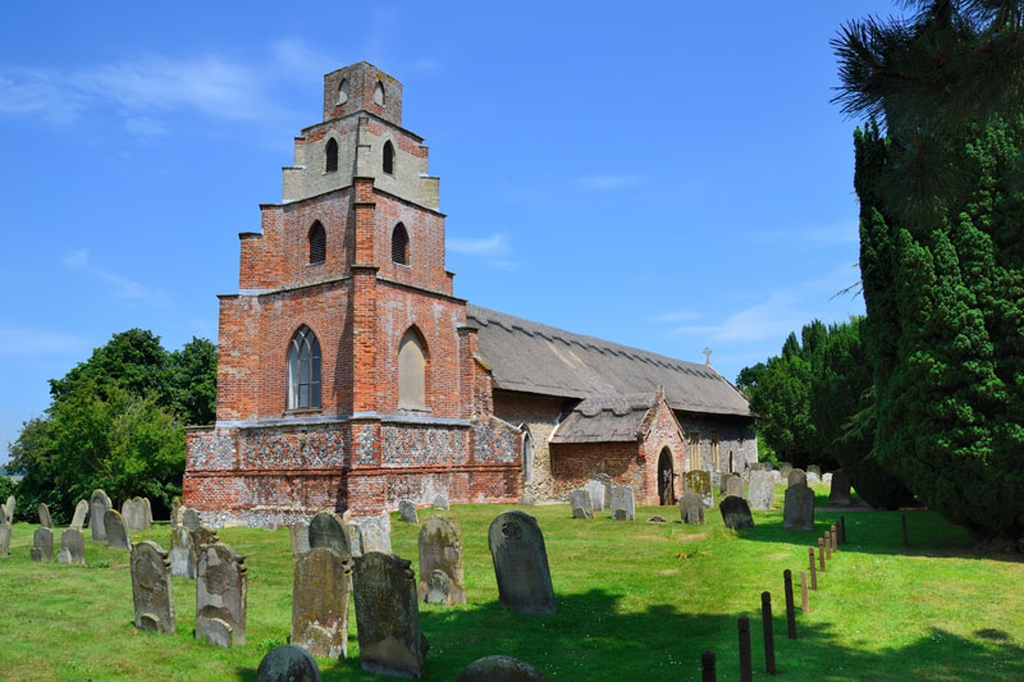 Our church is some two miles from the centre of the present village. It lies by the River Waveney.
The oldest parts of the church date from c1200 but the roof is 15th century and the tower late 18th century. This was built by the first of the Boycott rectors, Samuel, to replace the original tower which had fallen down some time before. The tower is unusual in appearance and is said to be based on the Ziggerat temples of Mesopotamia (Iraq) which had been seen by his son William who later became our second Boycott rector. There were five Boycott rectors spanning a continuous period of 135 years.
The font is late 14th or early 15th century as is the Sedilla-Piscina. The windows are in various styles dating from the 13th to early 16th centuries.
In the churchyard, by the East window, is the grave of Charles Cunningham Boycott, son of our second Boycott rector, a land agent in Ireland during the troubles and introduced the word Boycott to the English language.