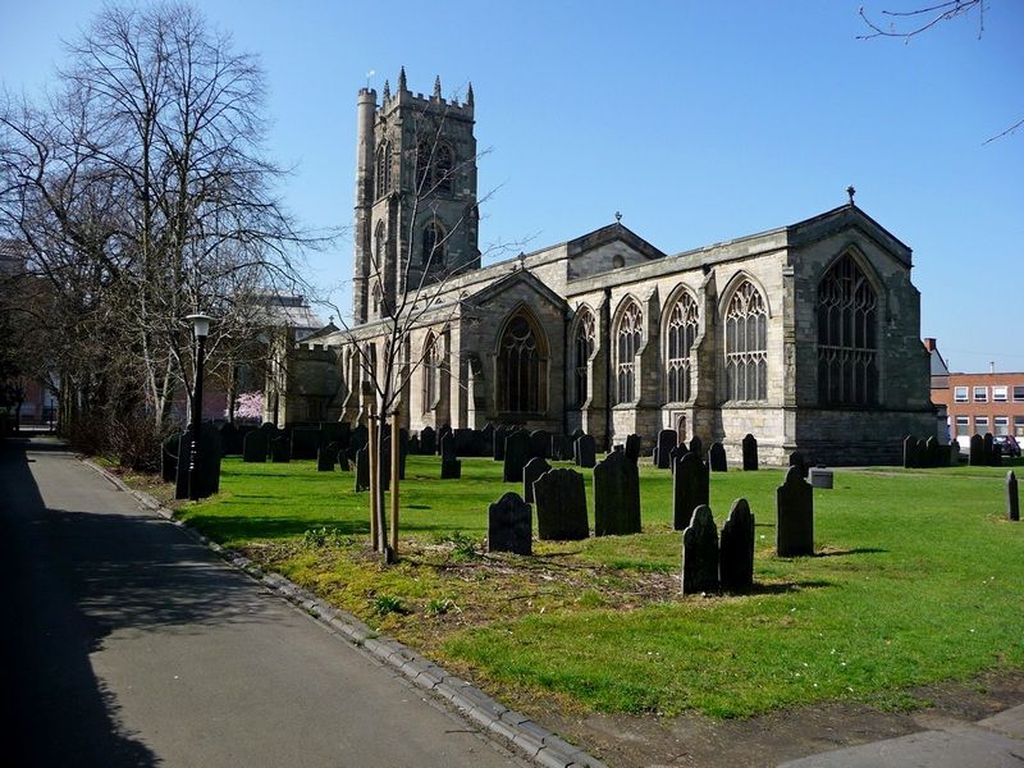 St Margaret's Church is one of the five ancient churches in Leicester's historic old Town. The others are:

St Margaret's Church is large and impressive, standing on St Margaret's way (A6), just off Burley's way, which is part of Leicester's inner ring road. Long ago St Margaret's was really outside the old town boundary. This is thought to be because the early Danish people settled close to Leicester, but outside the town, so they could trade with the locals, without living with them. When they converted to Christianity, they needed a church and it was built here.

Robert Grosseteste, the great scientist who became Bishop of Lincoin, was formerly a priest at St Margaret's, and the church has a special relationship with Lincoln Cathedral. On the other side of St Margaret's Way is Sanvey Gate, The Sanvey being a corruption of "Santa Via" or the Holy Way. On Whit Monday of every year up until the late 16th century, a religious procession used to make it way along this street from St Mary de Castro, carrying an image of the Blessed Virgin Mary. This was joined by a similar procession from St Martins (The Cathedral) Church with an effigy of St Martin. They made their way to St Margaret's church, indeed making the street a holy way.

In the churchyard is the 18th century tomb of Andrew Lord Rollo. A Scottish peer, a formidable leader of men, who became ill while passing though Leicester on his way to Bristol, where he had been advised to retire, when he died.