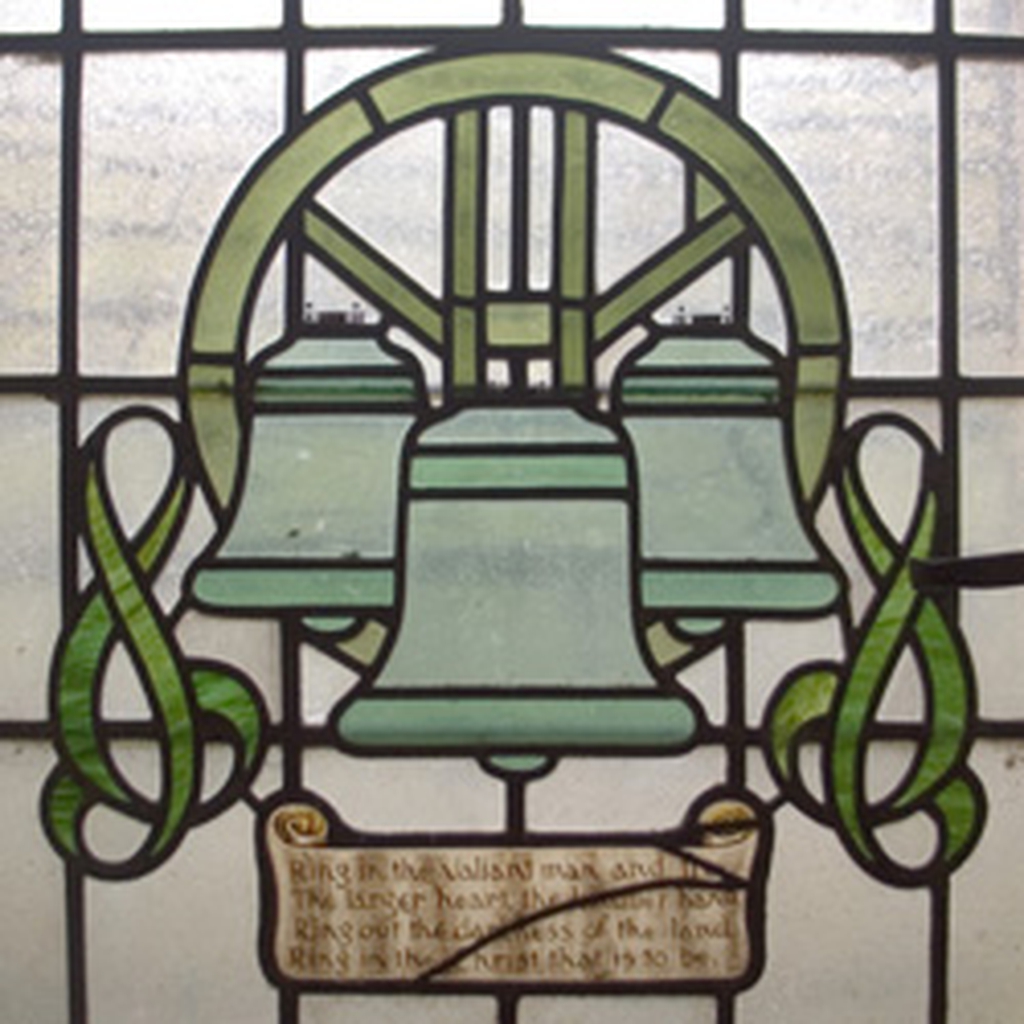 St Oswald's Church, Guiseley Our purpose is to share the good news and love of Jesus Christ with all in our parish; to welcome those who respond and nurture faith.     We welcome all visitors to our church.

Guiseley with a great tract of land centered in Otley was given by the King of Northumbria to the Archbishop of York perhaps in the 7th century. The parish of Guiseley was organised in the 12th century and included Esholt, Yeadon, Rawdon and Horsforth.

The first church was built about 1150 and was rectangular in shape, covering the present Lady Chapel. The Archbishop granted the manor of Guiseley and Esholt to Sir Simon Ward of Givendale near Ripon, and in the mid 13th century the Ward family rebuilt what is now the Lady Chapel, formerly St. Oswald's Chapel,  and added the Chapel of St. Mary, now the Choir Song Room, at the East end of the South aisle.

During the 14th century they built the tower and the columns and arches on the North side of the old   Church, and added a south porch.

The only change in the 15th century was the insertion of the East window and the lower window in the tower. The Reformation caused the removal of the rood loft and screen and the disuse of St. Mary's chapel as a chantry.

In the 17th century Archdeacon Breary put in the communion rail, and oak box pews were installed. One of these 'the Calverley pew' may still be seen in the church.

In 1834 the oak box pews were removed and the church was reseated in pitch pine. In the 1850's the North wall had to be rebuilt, and in 1866 extensive restorations were carried out to the roof and the present porch and South wall was built. In 1891 the floor of the nave was lowered and a step added up to the choir. Also the whole church was again reseated including North and South facing choir stalls.

On the 29th December 1812 the marriage of the parents of the Bronte sisters, Patrick Bronte and Maria Branwell, took place in the church.

The relevant entry in the register of St Oswald's Church reads as follows: 29 December 1812
'The Revd Patrick Bronte of the Parish of Birstall and Minister of Hartshead-cum-Clifton and Maria Branwell of this parish, Spinster, by William Morgan, Offcg. Minister.'

Patrick Bronte had been at Cambridge with John Fennell who was appointed first minister of the school for the sons of Wesleyan ministers at Woodhouse Grove, opened in January 1812. At this time Patrick was curate at Hartshead, and had been appointed by his friend to the position of outside examiner. Patrick visiting the school as examiner met Maria Branwell of Penzance who was Fennell's niece, and fell in love with her. He also introduced Fennell's daughter Jane to his friend the Reverend William Morgan, who was minister of Bierley and they too were married on that December day in Saint Oswald's Church, with Patrick Bronte conducting the ceremony.


Altar in the Lady Chapel

In 1910 the present nave, chancel, north aisle and vestries were added and the new church was consecrated by the Bishop of Ripon on 14 May. Also the organ was moved from the tower to the North side of the chancel. The present organ was dedicated on 23 July 1910 and was built by Harrisons of Durham. During 1934 - 53 The window and Memorial for the second World War were placed in St. Oswald's chapel and the bells were recast and rehung. In 1958 the garden of rest and its memorial cross were consecrated by the Bishop of Bradford

In 2004 a nave altar was installed and in 2005 the pews were removed from the south aisle and Saint Mary's chapel was converted into a choir/music room.

Saint Oswald's day is celebrated at Guiseley Parish Church by the custom of 'clipping the church'. During the 9:30 am service on that day, (the first Sunday in July) the congregation led by the choir, churchwardens, and clergy process out of, and around the church singing 'Saint Oswald's Ballad'. Then all join hands to encircle (clip) the church and say 'God Bless our Church' three times.

We welcome all visitors to our church.