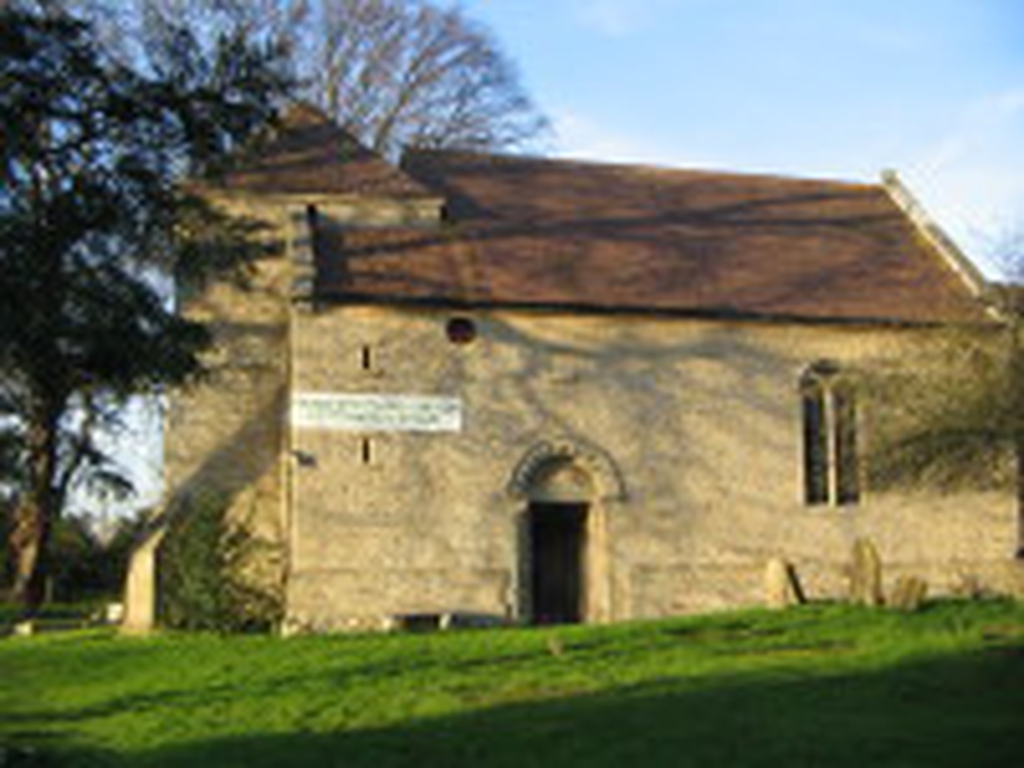 Following our successful restoration appeal we had enough funds to re-tile the church roof and redecorate the interior.  This work started on 5th October 2009 and was completed just in time for us to hold our Carol Service there on 20th December.  As well as our usual service of biblical and secular readings, we formally reopened and gave thanks for the restored church, and our carols were accompanied for the first time by a wind band comprising the rector and five villagers.  The appeal fund has been wound up in 2013 with the complete rebuilding of the southern half of our churchyard wall.

Water Stratford church is notable for:
Revd John Mason, Rector 1674-94.
An early hymn-writer who influenced Isaac Watts, Charles Wesley and John Keble, and who was a direct ancestor of John Mason Neale.  He is buried in our church or churchyard but the location is not known, so a memorial on the outside of the west wall was unveiled by the Bishop of Buckingham on 7 June 2008.  Mason's most famous hymn, How shall I sing that majesty, may have been inspired by the Norman tympanum above the South door showing Christ in Majesty (see photo album).  Another tympanum above the North door shows either the Lamb of God or the Holy Hind of St Giles.

Revd Joseph Bosworth, Rector 1858–76.
At the same time as he was our Rector  he was also Professor of Anglo-Saxon at Oxford University.  This post was held by JRR Tolkien from 1925-45, by which time it was called the Rawlinson and Bosworth professorship.  His most notable work is A Dictionary of  the Anglo-Saxon Language  which was publisheed in 1838 and is still an important reference book today.  Bosworth was buried with his second wife on 2nd June 1876 and their well-preserved grave can still be seen on the northern edge of the churchyard.

Much more information on these two men and about our church is available on our website.