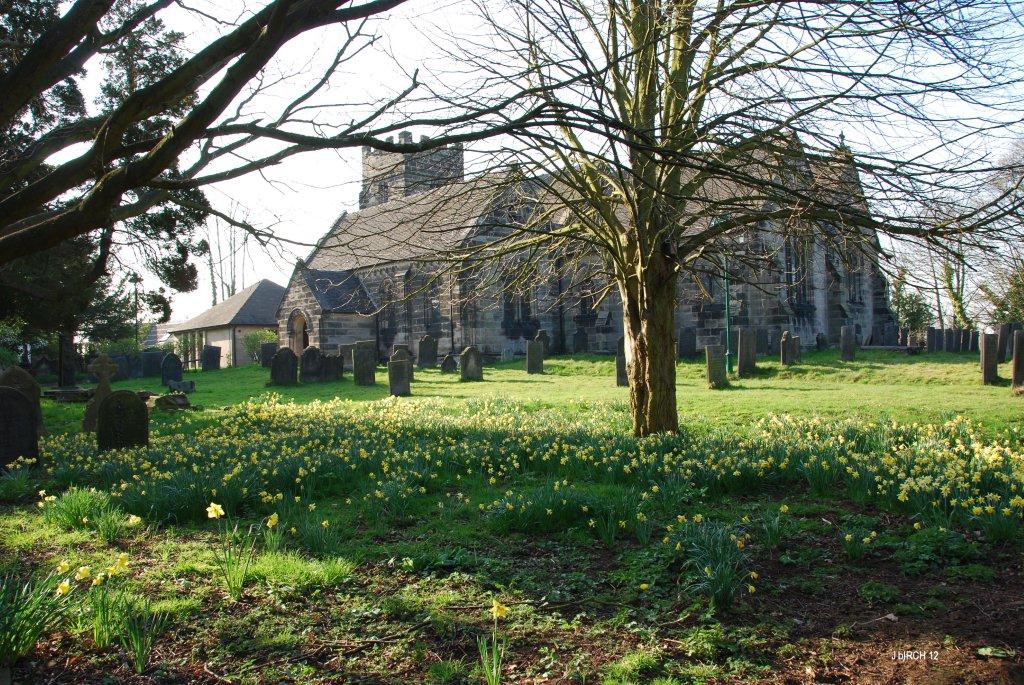 Find information about St John the Baptist Church, Armitage and all the other churches in the Brereton, Rugeley and Armitage Team Ministry at www.brateamministry.org

Armitage with Handsacre has a population of approximately 5000 in 2,700 households with more being planned for the near future. A hermit is said to have lived among the rocks here before the church was built. It is likely that the name ‘Armitage’ came from ‘Hermitage’. ‘Handsacre’ is reckoned to be of Saxon origin and derived from ‘Han’s acre’.

The village is probably best known for the Armitage Shanks ceramic bathroom ware manufactured in the large factory here. Other local employment includes industry, agriculture, retail, trades and an Amazon warehouse near Rugeley. The parish is fortunate to also possess a regular bus service, two primary schools, a post office, shops, pubs, restaurants and a Methodist church with whom we have an excellent working relationship.

Regular worship comprises Holy Communion on Sundays at 8am and 10.30am plus Thursdays at 9.15am. There is also Evensong every first and third Sunday at 4pm and Matins on Tuesdays at 9am. We also benefit from bell ringing, a monthly house group and weekly Church Mice for pre-schoolers. A notable feature of our community outreach is the Church & Parish magazine. This is funded by the PCC and advertising. It is distributed free to every household by a network of volunteers and much appreciated.

We estimate that the majority of the parish’s residents visit the church building or churchyard at some point during the year. The church building is open every day from 9am till dusk. Many years ago a group called “The Friends of St. John’s” was established. This comprises sympathetic parishioners not necessarily active in our congregation. They provide invaluable care, maintenance and funding to support the life of our church in the community.

The churchyard is extensive and includes a Grade One Site of Biological Interest due to the species of grasses and plants of ancient meadow. Our church building is grade II listed. The parish dates from 1160 and Rectors can be traced to 1298. The building’s oldest surviving structure is our font. Cut from grey sandstone in the early 12th century of Norman design and Saxon workmanship. The church tower was re-built in 1632. From 1845-7 the rest of the church was re-built and the south aisle added with a new porch and doorway.

In 1852 the north side of the church was extended to include a new chapel, vestry and organ. Our organ was built by Samuel Green in 1790 for Lichfield cathedral. In 1861 it was purchased by Josiah Spode of the well known Potteries family. Josiah was also organist at our church from 1866. The organ is the largest 18th century cathedral organ remaining in the country. In 1983 Deutsche Gramaphon funded its restoration. The organist at Westminster Abbey, Simon Preston made recordings for the label to mark Handel’s tri-centenary.

Josiah Spode provided the large east window in the Sanctuary above our altar. This is three parts - Jesus in Gethsemane with His sleeping disciples - and Jesus before Pilate. This window was given by Josiah Spode in memory of his wife in 1868. Josiah Spode also commissioned stained glass in the south aisle of particularly vivid colour illustrating the duties of a Christian. Our lectern in the form of an eagle was formerly in the church of All Saints, West Bromwich. It carries a revised edition Bible, first published in 1884. The choir stalls were installed by Rector and Mrs. Holdcroft in 1934. The pews originally came from St. Mary’s in Lichfield. In 2001 the bell tower and existing bells were repaired. Three more bells were commissioned to give a full six bell peal. The current decade has seen our lighting and heating replaced with new installations which are greener, more efficient and economic. The Chancel arch is decorated by text ‘Christ is risen from the dead and become the first fruits of them that slept’. This had become faded but during replacement of the church lighting, an opportunity arose to restore it. Mrs. Georgina Thomas undertook this and now looks as good as new. Other principal additions to the church include a Church Room with seating for approximately fifty people. The kitchen has recently been extended and remodelled. Fund raising is ongoing to install a second toilet and upgrade the first to full disabled specification.

The north aisle became a memorial chapel in 1931. A carved wooden figure of a First World War soldier was stolen several years ago. It is represented by a life size photograph in lieu. The newest addition to the church interior is a large storage cupboard in the memorial chapel. It has been made in wood of a style and colour to match the existing woodwork.