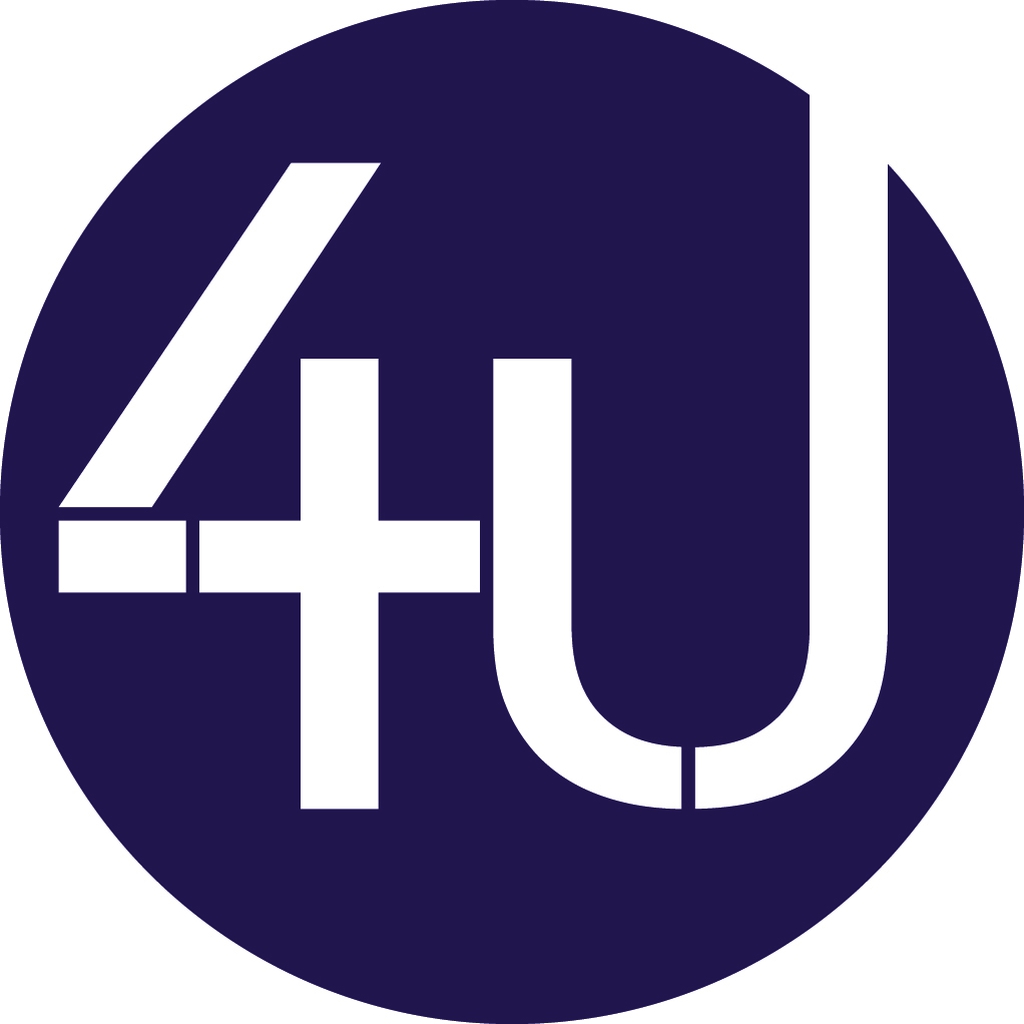 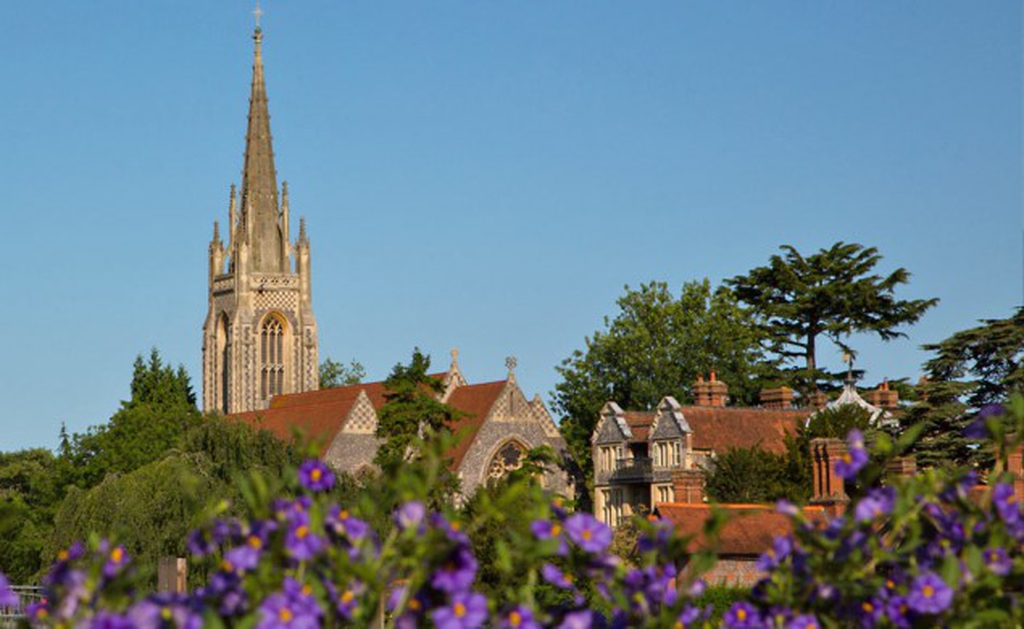 There is disabled toilet in the foyer and upstairs there are three further toilets.

There are baby changing facilities in the disabled toilet in the foyer.

There is a back rack just outside the church entrance and we would encourage people to cycle to church if they can.

There is a public defibrillator available just outside the Resolute cafe in Higginson Park, right across the road from the church.

Assistance dogs are welcome within the church.

All Saints Marlow has currently achieved a bronze award and we are working towards silver.

There has been a church on the present site since before 1070. We know that by 1593 the building had a wooden tower with four bells, and these had been increased to five by 1610. In 1719 the five bells were recast into six. Three of these six still exist in our present ring of eight bells. In 1834, when the present church was under construction, the six bells from the old building were installed and augmented to eight by the addition of a new treble and tenor. In 1934, all eight bells were re-tuned and re-hung on ball bearings.

Visitors are always welcome so if you would like to give it a try then please visit the belfry on practice night, Tuesdays between 8pm and 9pm. Alternatively you can contact the Tower Captain – Tina Ruff – on 01628 475925, or the Deputy Captain – David Milne – on 01628 485383.

We routinely host choral and orchestral concerts at All Saints Marlow. Check out the events page on our website to find out what there is coming up.

We are blessed with a very fine three-manual ‘Father’ Willis organ, thoroughly overhauled by Mander Organs in 1997 (the company responsible also for the renovation of the ‘Father’ Willis organ in the Royal Albert Hall) and we have just had one set of bellows re-leathered by Bishop’s of Ipswich.

All Saints Marlow is recognised as having one of the best traditional choirs in the area. We take pride in maintaining the tradition of boy and men choristers as well as a separate girls’ choir and an adult choir. We have at present a boys’ choir of 20 choristers and a girls’ choir of 24.

All Saints Marlow prides itself in maintaining a choir of Men and Boys choristers as well as having a separate Girls’ Choir. The Men and Boys relish the excitement and challenge of singing choral services in a traditional robed choir whilst always looking forward to develop its part within the British choral tradition. The choir is a lively and enthusiastic group which fosters a great sense of team work and celebrates its achievements.

Being a member of the choir is a commitment but there are also great rewards. As well as enhanced educational benefits such as improved concentration, boys get the opportunity to take on leadership roles, receive a first rate music education, gain the experience of singing great music in different languages as well as social time together in the crypt youth club. We recognise the busy life of choristers so we manage a flexible approach to enable a balanced commitment to family life, school work and sport. Our Director of Music, Martin Seymour, is an experienced singing teacher and choral trainer and the boys with ‘changing voices’ also receive group attention as they move into the back row to sing with the men.

Rehearsals take place on Mondays after school (5.15pm to 6.15pm) and on Thursdays (6.25pm to 8.15pm) which includes some ‘crypt time’ before rehearsing with the men for the last forty-five minutes. There are also opportunities to take part in RSCM (Royal Schools of Church Music) local, regional and national events. Many of our choristers sing at the three day course at Easter in New College Oxford where they get to sing in a large group of similar aged choristers and lead the worship in some remarkable buildings full of our national heritage.

The Girls’ Choir is a vibrant group which consists of around 20 members aged 7 years through to 16 and rising. It was formed early in 2002 to work in parallel with the Boys’ Choir, but is independent and with its own identity. It is a very social group which enjoy singing to high standards.

Rehearsals take place once a week on a Thursday (4.15pm to 5.15pm) with seniors carrying on until 5.40pm during school term times and in some of the holiday period when larger services can take place, for example, at Easter. The Choir sings at several services each month, both in its own right and alongside other groups including at Evensong with the Men.

The Occasional Singers is a group of non-auditioned adults who sing occasionally throughout the month and at various special services such as Midnight Mass or Christmas morning when the Girls or Boys’ Choir are not singing.

Made of mainly upper voices we sing repertoire that is appropriate to our numbers and parts but gain great satisfaction in helping to lead the singing and worship of the congregation at some of the Eucharist, Morning Worship or Evensongs.

We regularly run Alpha courses at All Saints Marlow, and elsewhere in the parish, so visit our website to find out when and where they are taking place.

There are many bible study groups taking place as part of our small group series. Check out the small group pages of our website to find out more.

We work closely with a local charity called Marlow Refugee Action . Further information can be found at http://marlowrefugeeaction.org.uk/

We support the One Can Trust based out of High Wycombe and have collection point in our foyer for people to donate goods to.

We regularly have a stall selling Fairtrade goods at our Sunday services.

The All Saints Church Hall is ideal for classes, meetings, sales and parties. It is located on The Causeway, Marlow (SL7 2AA). It has two Halls, kitchen with cooker, dishwasher, microwave, refrigerator, counter top hot water boiler and ample crockery, cutlery, glassware, chairs & tables. The hall has an access ramp to the front door and is located at the bottom of the High Street between Burgers the Baker and the George and Dragon. There is a public car park nearby.

The Main Hall is approximately 13.5 x 7.5 metres (45 x 24 feet). It features a wood effect floor, a regularly tuned piano, a pull down projection screen and hatch access to the kitchen.

The Small Hall is approximately 7 x 6 metres (23 x 20 feet), has a carpeted floor and also has hatch access to the kitchen.

Charge for full use of kitchen: £25
Charge for making drinks: £5

2 for 1 offer for weekend children’s parties - Four hours for £80 that includes both the Main and Small Halls as well as use of the kitchen. Use the Main Hall for entertainment and the Small Hall for party food with child sized tables and chairs available for 40 children. If you want to have a bouncy castle then the maximum clearance in the Main Hall is 3.4 metres (approx 11’2″).

To view availability, or to book, please contact the parish office on 01628 481806 or email [email protected] Block bookings of no less than six sessions that are paid in advance will attract a 10% discount, humanitarian charities receive a 50% discount.