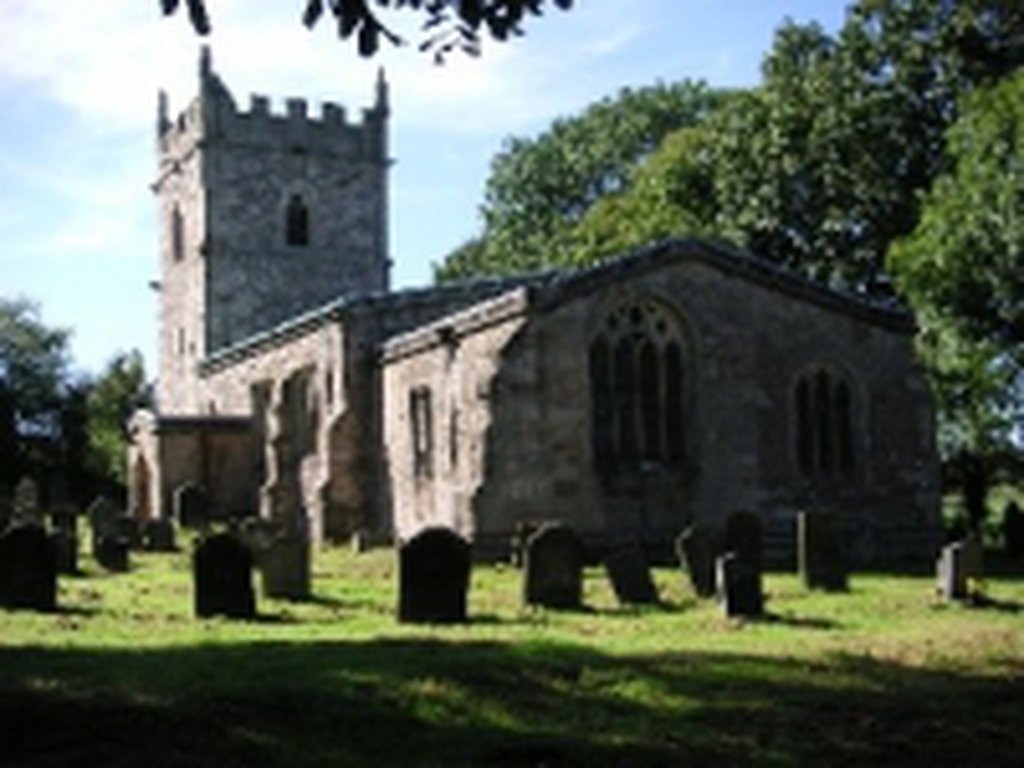 Blore Ray S.Bartholomew
Services and events
News and notices
A history of the church
Sunday services
Find us
centre of the village Blore Derby
Get in touch
(01335) 350116
Facilities
More information
Edit this Church

Built around the year 1100, on the site of an earlier building,
St. Bartholomew's, Blore Ray sits high on a hill-side above the confluence of the Dove and Manifold rivers in one of the most beautiful parts of Staffordshire.

Features from various architectural periods can be seen at Blore. Some Norman work survives in the nave, whilst the tower and chancel are 14th Century. The arch leading into the tower is Early English and some of the windows date from the Geometric and Decorated periods. Tudor work is represented by the font, nave pews, chancel choirstalls and screen. There are Jacobean box pews, altar, communion rails, pulpit and reading desk.

In a side chapel lies the Bassett tomb, splendidly sculptured in alabaster by Jasper Hollemans and erected between 1618 and 1640. It contains the remains of members of the Bassett family of Blore Hall whose descendants include Her Majesty the Queen and His Royal Highness Prince Richard of Gloucester.

The effects of the Reformation can be seen in the dismantled 14th Century stoup in the porch, a divided stone altar, the sawn stumps of a rood screen, a partially concealed squint and a decapitated 15th Century brass memorial.

Daily throughout the year, 10am to dusk.
×