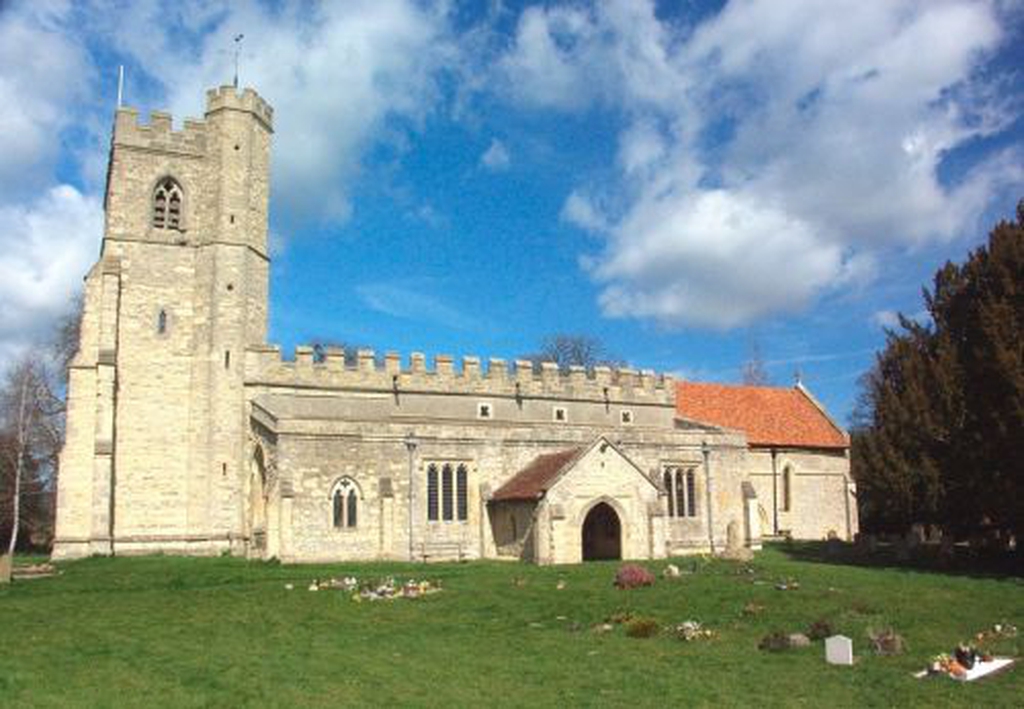 Consecrated to the blessed memory of Saint Peter and Saint Paul has stood the parish church of idyllic Dinton since the time of the Conqueror. By the time Henry, the first recorded Vicar of Dinton, took up his holy office in 1209, the solid foundations of the present building had been laid and Saxon-trained craftsmen had already fashioned the unique and world famous Tympanum over the south door and the graceful font in which our children are baptised until this very day, a font that has been in constant use for 800 years. There were no pews, the church was smaller (the south aisle had not yet been built and the only seating was a stone bench, part of which is still to be seen along the north wall).

A glorious heritage and a church lovingly served by 47 vicars in unbroken succession - in so many centuries!

In 1314, the Reverend Robert de Walcote was the incumbent, and the church had already been enlarged to its present size by the building of the south aisle and the moving of the south door and Tympanum. When Henry V successfully deployed the English archers at the famous battle of Agincourt, in 1415, John Pycot was vicar and the tower had been added to the church.

Bishops Ridley and Latimer were burnt at the Oxford stake in 1555 and the Reverend William Reynolds was proclaiming the faith in Dinton. No doubt, later, Oliver Cromwell worshipped here when visiting his friend Simon Mayne, the Lord of the Manor. This same Lord later signed the death warrant of King Charles I. Rumour has it that his clerk, John Biggs, may have been the actual executioner of the monarch. True or false, we do know that, after the return of the monarchy, this unhappy man finished his days hiding in caves and secret places, known far and wide as 'The Dinton Hermit'.