Stramshall St.Michael and All Angels 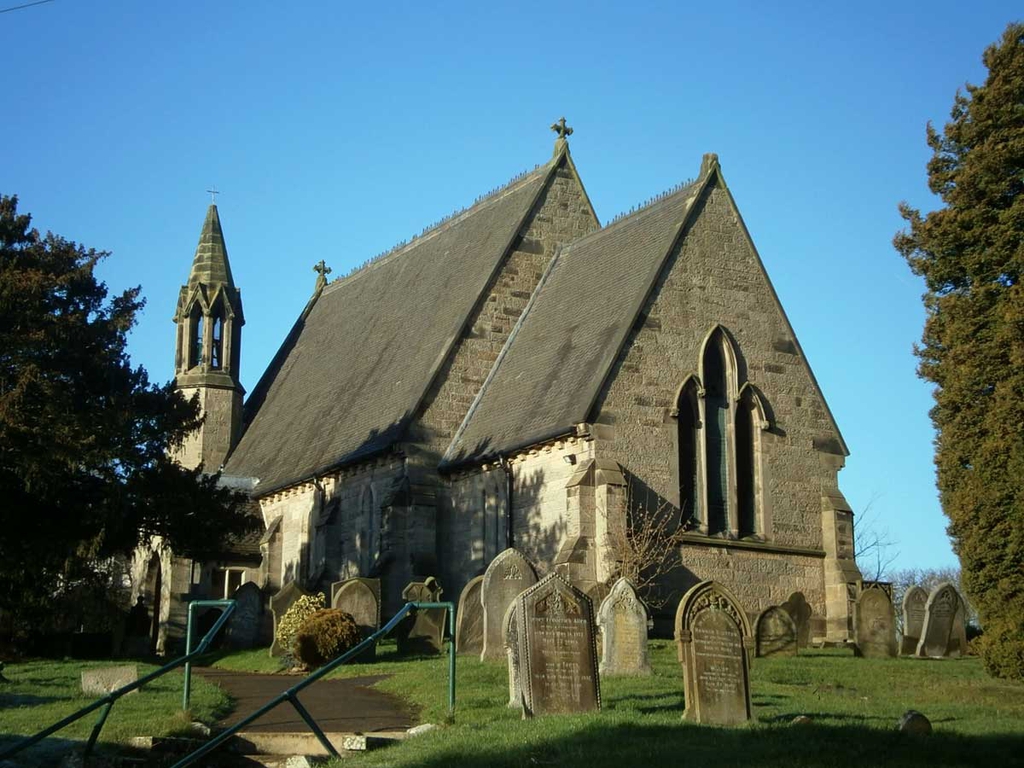 A letter from our Team Vicar, Rev Joe.

Today I am writing this Stuff as a genuine 4D, present time, multisensory experience. I have a cup of honey and ginger tea in my 'Tea's a Saviour' mug, which also has a 3D image of Jesus on it. Jesus actually looks as if he might have been from Palestine rather than the blue-eyed, Aryan versions popular in 20th century Hollywood films. He is a touch orange, however, but as far as I know hasn't been asked to go on Strictly Come Dancing.

I am also listening to the first of 3 Bob Dylan CDs that my oldest brother kindly sent me a few months ago. I was asking him about Bob's 'Christian Phase' and if there was anything appropriate for me to play in church services. I have been trying to introduce some different styles of music to broaden what we listen to in church and discourage people from singing. Those who were at Christchurch, Tean on 27th December for the annual Uttoxeter Area tradition of a finding an excuse to miss church, were treated to Bob's version of 'O Little Town of Bethlehem', which is the only listenable track on his otherwise appalling 2009 'Christmas in the Heart' album.

Don't need a shot of heroin

To kill my disease

Don't need a shot of turpentine

Only bring me to my knees

Don't need a shot of codeine

To help me to repent

Don't need a shot of whiskey

Help me be president

How I integrate that with 'Shine Jesus Shine' might be a bit of a problem for me. However, as my oldest brother also told me once (with tone and style at its wryest), "there is no such thing as a problem, only a solution opportunity".

As I write I'm really rather enjoying Bob's album. It's a mix of folk, gospel and bluegrass, and I can actually hear his lyrics, which is a plus, as on the two occasions that I have seen Bob live it has just been an electric mash of incoherent noise. Another couple of lines I have heard are,

'Never robbed any churches nor cut off any babies' heads,

He just took the folks in high places and he shined a light in their face.'

which I'm guessing partly refers to Herod's slaughter of the under two's in Bethlehem after Joseph and his family and fled to Egypt.

I've enjoyed listening to other types of Christian music over the last few months. It's been one of the pluses of COVID restrictions. I have a bluegrass gospel collection to catch up with, which I was hoping to use at church this week but that will now have to wait. I think that the problem with some church music is that a) it's a bit cheesy, and b) it's a bit formulaic. There are many exceptions of course and much great church music. There is also background to some of the hymns we play that we are unaware of, such 'It is well with my soul', where both the writer of the music and the words met with great tragedy, and Horatio's Spafford's experiences are reflected in the lyrics.

That is why I am keen to listen to music by Christians which is not necessarily standard church music. Bob Dylan's songs no doubt reflect his experiences of fame, fortune, sadness and social dissent, as well as his faith experience. Some of the images used might challenge our starched expectations from the hymnal, but they also reflect what seemed to be deeply felt experiences,

'you were closer to me than my next of kin

When they didn't want to know or see'

and dramatic changes in approach. Compare Bob's 1960s protest songs to this lyric from 'Trouble',

'Revolution even ain't no solution for trouble.'

Strangely enough, the song from 'Shot of Love' that immediately struck me as the most likely one to acceptably play in church is probably the cheesiest, but most beautiful. 'Every Grain of Sand' is a gentle song that talks of Bob at his lowest but also where God was close to him. Here is the final verse,

I hear the ancient footsteps like the motion of the sea

Sometimes I turn, there's someone there, other times it's only me.

I am hanging in the balance of the reality of man