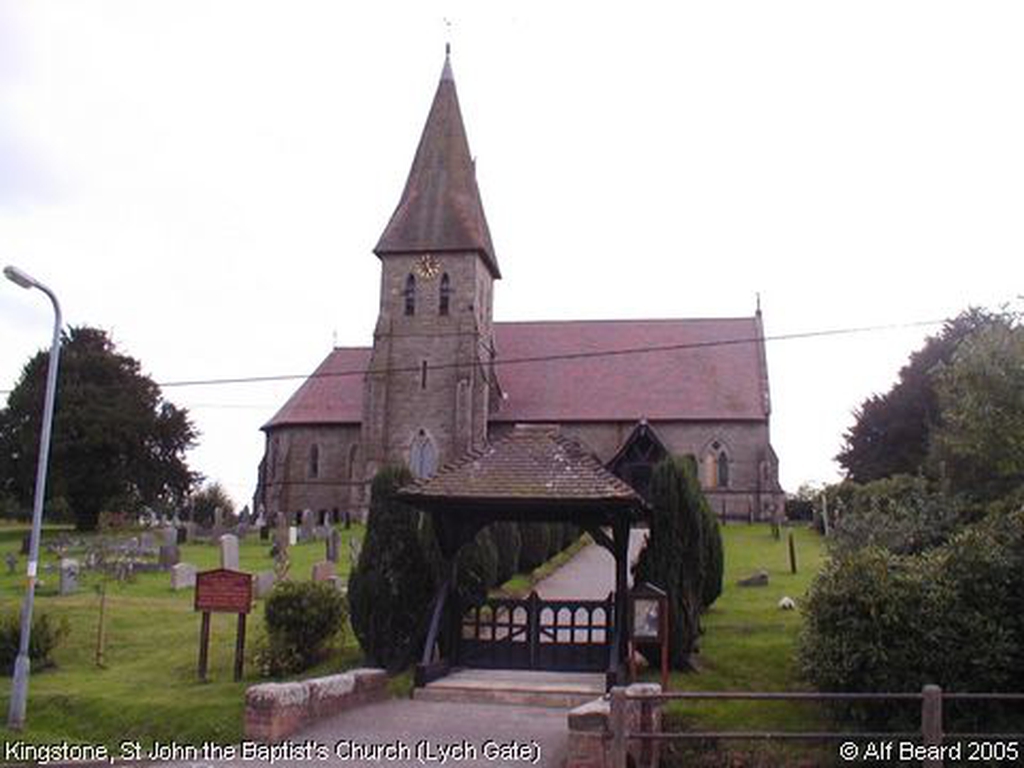 Kingstone St. John the Baptist
Services and events
News and notices
About us
Rev'd Joe's blog aka "Stuff".....
Find us
in the centre of the village Kingstone Uttoxeter
Get in touch
01889 562915
Facilities
More information
Edit this Church
Church of England Diocese of Lichfield Kingston

A letter from an Area minister, our Team Vicar, Rev Joe.

This is my 10<sup>th</sup> year in the Uttoxeter Area of Parishes. I know that is peanuts compared to others; however, somehow I feel long-in-the-tooth. I have now been in the Area for more time than my years in the Probation Service (eight years) and my combined time at university (seven years).

In that time I have gone from being fairly green to the whole parish priest lark, to feeling reasonably knowledgeable and competent. When the diocese talks of ‘experienced’ priests it quotes those with at least ‘three years’ in a post, which doesn’t seem long to me but what do I know?

I still feel like a bit of a fly-by-night. When I speak with people like Thelma, Hilda and Geoff, who seem to have been around the Area since time immemorial, I know that I am temporary, lacking in local knowledge compared with PCCs, parishioners and Ministry Teams, who have seen a dozen or more parish priests come and go. I hope I have always been conscious of the subservient nature of parish ministry and valued the dependence on volunteers in all churches, which will go on long after my retirement. Whilst obviously I still want to change the world, if I can be remembered half as fondly as Paddy (and Mark) Vidal-Hall was at her funeral recently, I think I will be happy with my stint in the Uttoxeter Area.

We do face a different parish situation now. Whilst Leigh, Kingstone/Gratwich and Marchington St.Peter’s/Marchington Woodlands each had their own vicars, there are now 10 parishes in the Area, which bounce around between having 1-3 paid vicars at any one time. If I could wander around Leigh as a full-time post then I could probably do a better job but in 2021 it costs £56, 450 to pay for one vicar (which includes the stipend, housing costs, pension, diocesan costs and around 6% to the national church), which Leigh could not afford. I get £27,000 (gross) in my annual wage packet and am not complaining, but it does make you wonder about the funding structure in the Church of England. Perhaps we should go back to Glebe Land and Livings!

Over the last year I have had the chance to look at Parish Shares across the Deanery and have come to the conclusion that different people are looking at the same picture through different lenses. The Diocese primarily sees Parish Share through a Benefice lens but staff deployment through a Deanery lens; the Deanery sees Parish Share and deployment through a Deanery lens but has no real power to effect either; and the parishes tend to see both through a parish lens. At points such as Shaping For Mission, some of the lenses intersect but not consistently enough and not with enough understanding from all parties together. As cheesy as this sounds, we all need to be singing from the same hymn sheet, or at least have the same hymn sheet available to sing from. We need to be focussing on working consensually as one (acknowledging our disagreements) in order to be able to plan well for the future. At the moment there is too much angst, too much anxiety and too little understanding of the bigger picture from all parties.

We also need to be realistic about what is achievable and affordable in the 21<sup>st</sup> century, both in terms of finance and practise in the parishes. I crave the traditional parish priest role but find myself more often in front of a computer than in front of parishioners. Vicars often attend more meetings aimed at achieving a bigger impact than actually catching up with people. However, I can wander around as much as I like but unless enough money comes in for the building and Parish Share …..

In the end, I do not believe that the vicar can or should do everything, or can achieve the great charismatic wave of evangelism that would resolve all our problems. I am paid for by the people but cannot be the people. In the end my role must be to do the basics (services) but essentially to encourage and enable the wealth of experience, faith, passion, talent and hopefully compassion that people hold in their heads and hearts for those around them. That will be the wave that needs to come, to make the structures less top-heavy, less deferential to the powers-that-be and for those powers-that-be to more gracious and acknowledge that their very existence depends upon the donations and collections of the people on the ground. At the same time, the people on the ground need to accept that change will come and we should make the most of it and not just mumble into our beer, however comforting and traditional that beer may be.