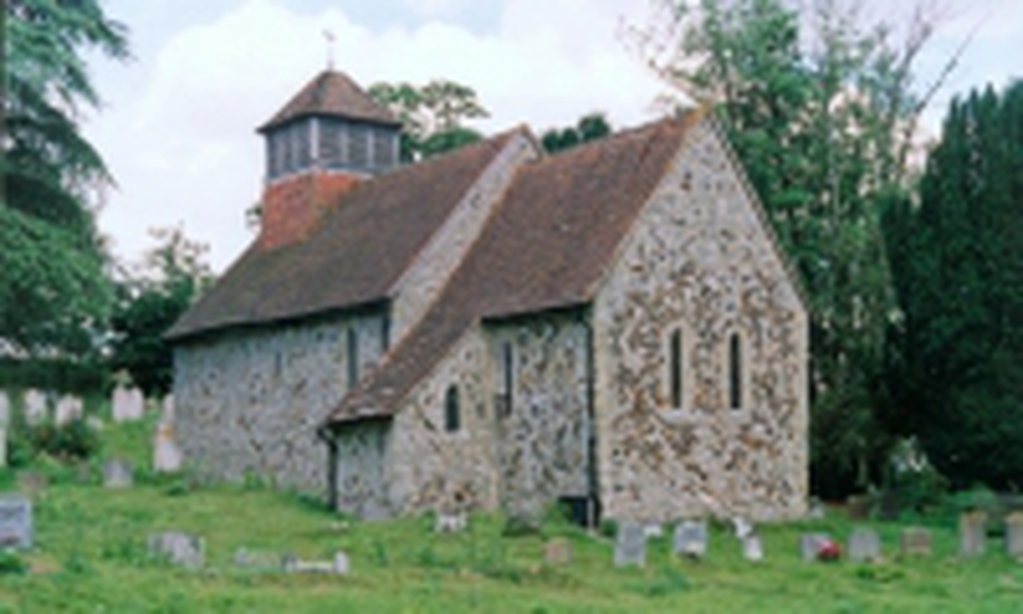 St Agatha's, Coates
Services and events
News and notices
About us
A history of the church
Find us
Coates Lane Coates Fittleworth
Get in touch
Facilities
More information
Edit this Church

The origin of this tiny downland church is lost in antiquity. That a church existed at the end of the eleventh century is shown by an entry made in about 1100 in the Chartulary of Lewes Priory, stating that the Church of "Cotes" made an annual donation to the Prior. In about 1180, Geoffrey de Chotes signed a charter confirming the gift by his grandfather to "God and the Church of Blessed Pancras (Lewes Priory) and the monks the Church of Chotes" and various tithes and pastures. This and other contemporary charters also show the transition of Coates Church from a chapel served by the minster at Petworth to a parish in its own right.

The church building that we see today is little different from that built by the Normans early in the twelfth century. The walls, impressive chancel arch and the square font all date from that period. One Norman window survives, high up on the south wall suggesting that the building would have been very dark. Installation of splayed lancet windows by the monks during the thirteenth century has provided us with the wonderful natural light that floods the church during morning service.

Later, in the sixteenth century, the north doorway was enlarged,the present door installed and the porch constructed. Little changed until construction of a small vestry during the second half of the nineteenth century.

At the beginning of the twentieth century the church was extensively restored in memory of the first Duchess of Abercorn who spent the last twenty years of her life at nearby Coates Castle (a nineteenth century country house, not a mediaeval castle). The communion table, reredos and chancel furnishings all date from this restoration. One feature which did not survive for more than a few years was fresco work that covered the entire walls - two small areas survive, one above the font and the other high up on the chancel south wall. The plain, white finish to the walls helps give the church its air of simplicity remarked on by many visitors.

More recently, the elaborate Edwardian bellcote was replaced in 1962 by a design that is faithful to Sussex practice. The latest major repair programme, completed recently, is largely invisible, comprising improved rainwater drainage, underpinning of foundations and stitching of the chancel walls. This structural work will ensure that the church continues as the focal point for worship in Coates.

The church's dedication to St Agatha, one of the early virgin martyrs, is something of a puzzle. All the indications are that, in common with many other churches, the original dedication was forgotten after the Reformation. The first references to St Agatha in the parish records date from as recently as the late 1950s, but no evidence survives as to how or when this dedication was chosen.

The parish registers, dating back to 1559, are kept at West Sussex Record Office in Chichester where they may be consulted. Monumental inscriptions were recorded some years ago and a transcript is available.
×