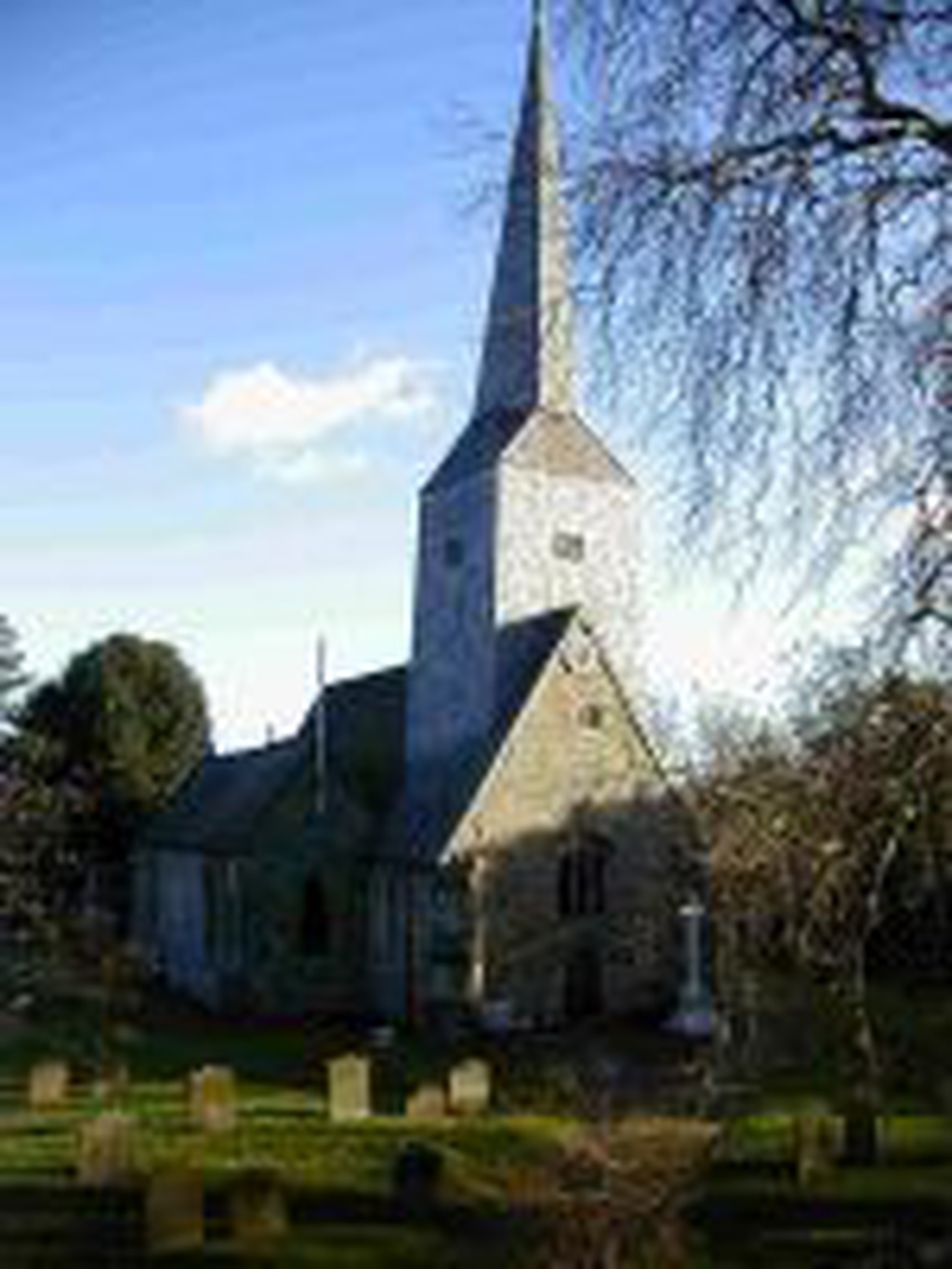 Notes on the War Memorial Window

The stonework of this window was put in place nearly 700 years ago, but the stained glass - designed by H. Warren Wilson - was given by some parishioners in 1947. It “commemorates the remarkable preservation of this village during the years 1939 – 45.”
At the top of the left hand light are the arms of the See of Canterbury. Below, on the left, is St. Bridget, the patron saint of women. Next to her, holding a ship, stands St. Nicholas, the patron saint of sailors, children, travellers, and of many other kinds of people — including pawnbrokers!  Next we see St. Walstan, the patron saint of farmer workers and agriculture. In front of him stand two white calves. St. Walstan was born into great wealth, but soon renounced this and worked as a farm labourer, giving all he had to the poor and needy. His employer gave him two white calves and when St. Walstan died his body was placed on a cart drawn by them – now grown into oxen. They were allowed to go wherever they wished, and travelled for some miles, leaving no wheel marks and stopping only three times. At each place where they stopped a spring appeared.
In the right hand light, beneath the arms of the Diocese of Rochester, stands St. George, the patron saint of soldiers and airmen, the slain dragon by his feet. Beside him we see St. Mary Magdalene, the patron saint of this church – which she is holding in her hand.  Beside her is the jar of perfume with which she washed Jesus’ feet.
Towards the base of the window we see our Lord blessing those who lived in and near to Cowden during the Second World War: parents and children; a sailor, a soldier and two airmen; a nurse; farm-workers and the crops they have produced.