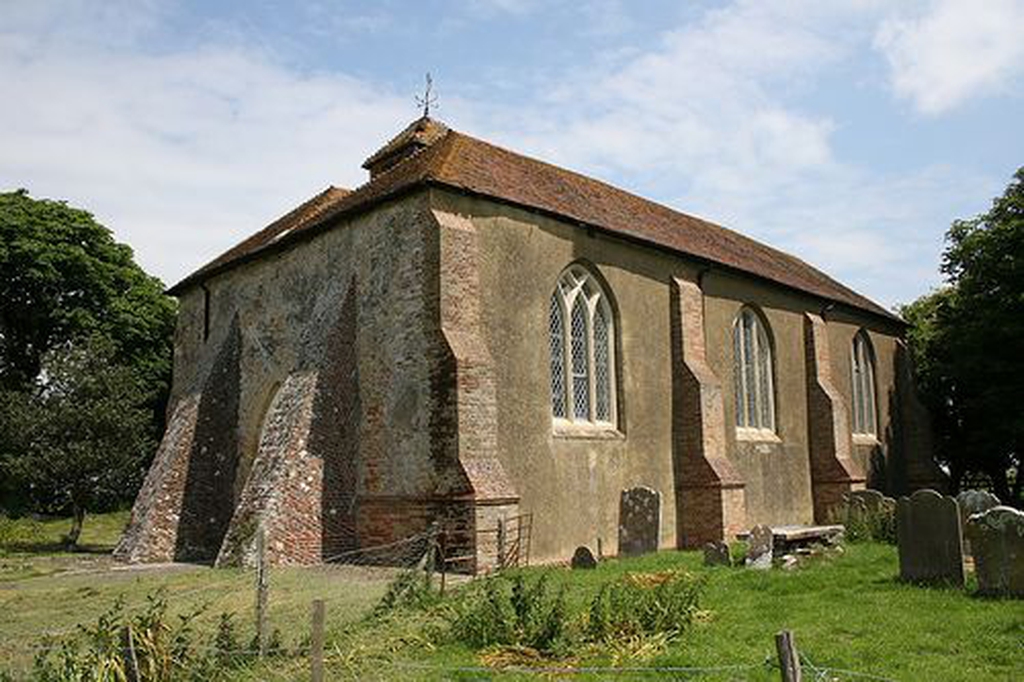 Towards the end of the 15th century, Sir Richard Guldeford applied for permission to build a church at his own expense on his lands. This was granted and on 29th September 1505 St Mary's Church was consecrated by the bishop of Chichester, Richard Fitzjames. In 1676 an official population return for East Guldeford revealed that there were 35 parishoners. Now, 500 years later there are still only about 65. It is amazing that such a small community has maintained their parish church in such good repair for so long - in recent years with the help of the Romney Marsh Historic Churches Trust and Sussex Historic Churches Trust. Such enthusiasm for this lovely Marsh church reflects the affection in which it is held. Today, the church continues to fill a three-fold role: firstly as a symbol of Christianty at our centre, secondly as a symbol of our community and thirdly as part of our national heritage.

The church is built entirely of brick laid in English bond. There is one plain door in the west wall. The roof is divided into two gables with a valley and a bell cote between. Inside features include a double decker pulpit and box pews. It is the only Romney Marsh church in East Sussex.