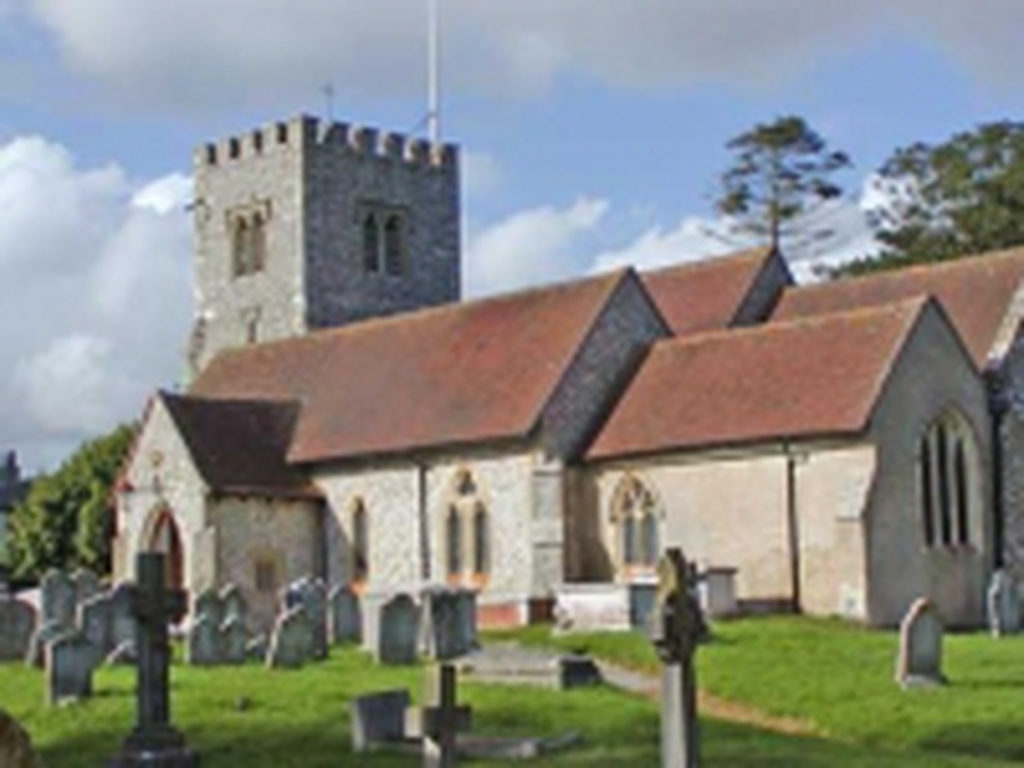 The Parish (Benefice) of FUNTINGTON & WEST  STOKE, with SENNICOTTS, became one Parish in 2015. We celebrate a living faith in God the Holy Trinity, and everyone is welcome to the Services and other Activities. We have good creative links with Funtington Primary School (West Ashling) and Oakwood Preparatory School, and serve the Village Communities of East and West Ashling, as well as the surrounding hamlets.

There has been a church on this site since the 13th century; by the 16th century the present bell tower, which now contains three bells cast in 1897, had been added. The church was extensively renovated and enlarged in 1859. The tower at the west end, the chancel, the small chapels to the southeast and northeast (which now houses the organ) and arcades of three arches on each side of the nave are all that remain of the old building.
On the south wall there is a memorial to Viscount Portal of Hungerford, and an engraved window to the memory of Sir Robert Stirling Hamilton – the work of Simon Whistler. There is a memorial panel in the north aisle to Miss Jessie Sparkes, who came from a family with a long connection with the parish. She lived to the age of 108 and 4 months.
In the large churchyard are the graves of Richard Churcher (who endowed Churcher’s College in Petersfield), Admiral of the Fleet Sir Provo William Parry Wallis and more recently Colonel ‘Pat’ Porteous V.C.