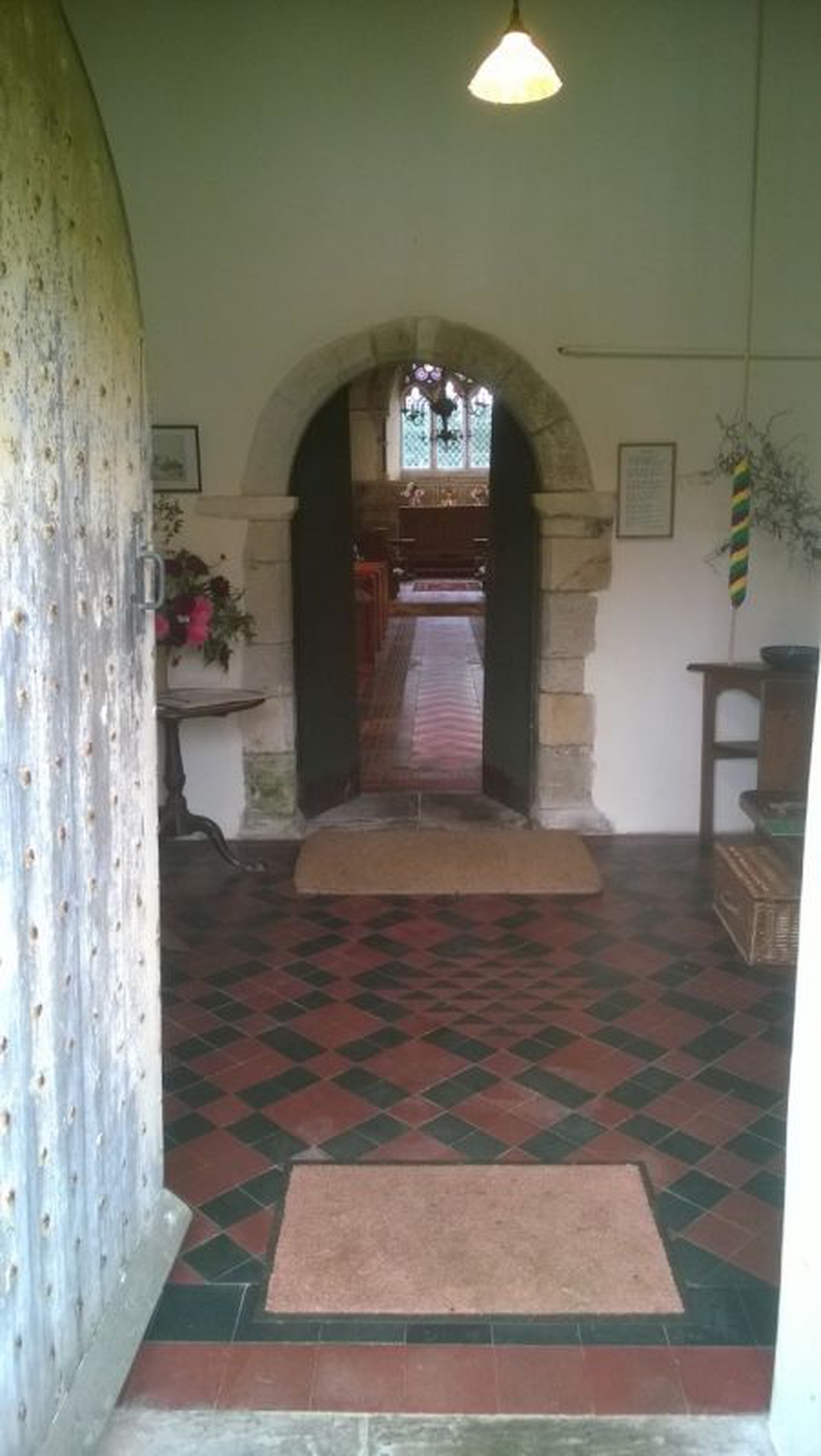 The first official mention of Madehurst Church is in 1140AD, when it is given to Lewes Priory by William De Caisnet. The property was later transferred to Tortington Priory near Arundel in about 1220AD. Around this time there was a probable rebuilding in stone, by the Brothers of Tortington, to provide a Chapel for Downland shepherds. There is no mention in Doomsday as the village & Church, such as it was, was probably part of the Arundel Forest estates of the Earl of Arundel, the village stayed as such up to the reign of Elizabeth 1st.

The earliest remaining part of the original building is the 12th Century round headed West doorway. The South-East window, the tower (now heavily buttressed and restored) and the nave are from the early 14th Century. The style of architecture is sometimes known as Transitional or Early English. There is a window of the same period in the vestry (to the left of the door as you look from outside), this was moved from the North wall when the building was enlarged.