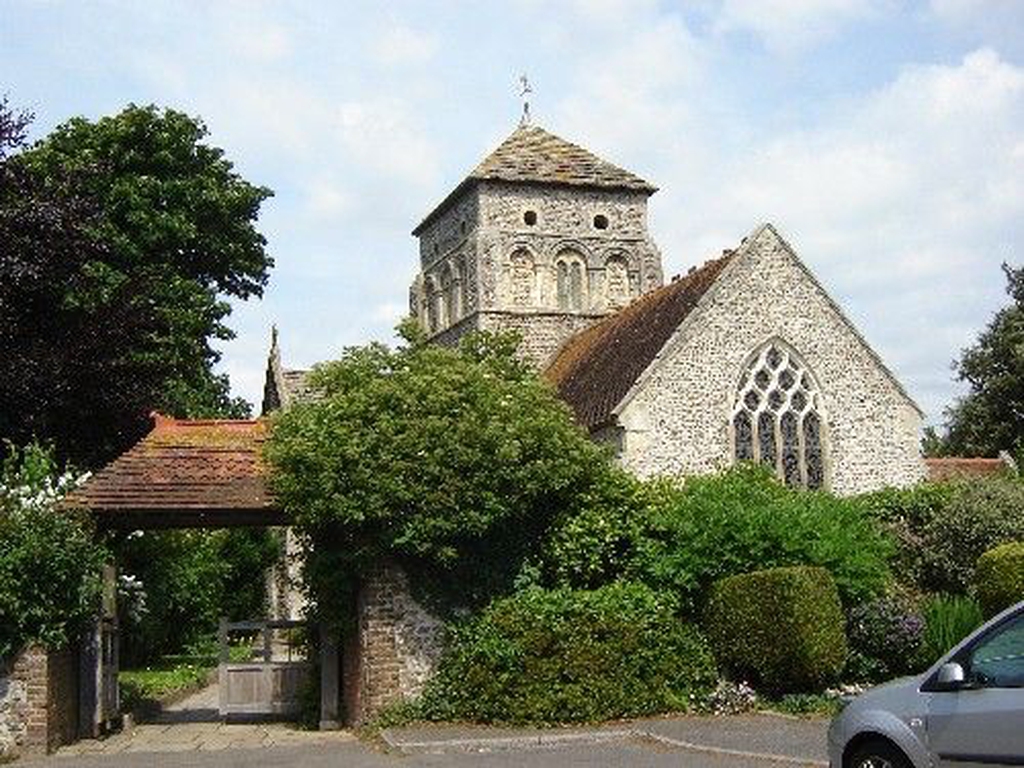 Thank you for visiting A Church Near You for information about the Church of St. Nicolas,
Old Shoreham, in the town of Shoreham-by-Sea, West Sussex, in the Diocese of Chichester.

St. Nicolas’ Church is a parish church of the Church of England, and is situated in St. Nicolas’ Lane off Upper Shoreham Road in north Shoreham. It was built and consecrated to the glory of God, and dedicated in honour of the fourth-century Bishop of Myra in Asia Minor who is the Patron Saint of Seafarers and of Children, and also the historical person behind the legendary figure of Santa Claus. It is a thriving place of worship, attended by a cross-section of the community, including many young families and children.

St. Nicolas’ is an ancient and beautiful church, which was founded before the Norman Conquest, being recorded in the Domesday Book of 1086. There is surviving Saxon work in the nave walls and a later Gothic choir and wooden chancel screen, but the church's glory is the fine mid twelfth-century stone carving at the 'crossing' under the sturdy Norman tower. The ornamentation includes chevron with pellets, cable with beads, billet, stud, lozenge and rose, wheel studs, and limpet. There is also a cat's face, and human faces, and a carved wooden beam at the east end of the Nave, which may be unique. The painted ceiling in the Choir is Victorian. The church is normally open all the year round between 9.00 am and 5.00 pm, or later in the summer, and is accessible by wheelchairs.

St. Nicolas’ enjoys good relations with the other churches of Shoreham and district, and
especially with St. Mary de Haura, New Shoreham, with which it forms an ecclesiastical Plurality within the Diocese of Chichester, both churches having been served by the same Vicar since 1897. Many activities take place jointly between the two churches, and there is a shared Weekly News Sheet and monthly Magazine. Please visit the St. Mary de Haura website by clicking on the link at the side of this page for downloadable copies of the Magazine and the Diary of services and events, and further information common to both churches.

St. Nicolas’ and St. Mary’s are also constituent churches of the Shoreham and Southwick Group Ministry, together with the Church of the Good Shepherd, Shoreham Beach; St. Julian's and St. Giles' churches, Kingston Buci; and St. Michael & All Angels Southwick.