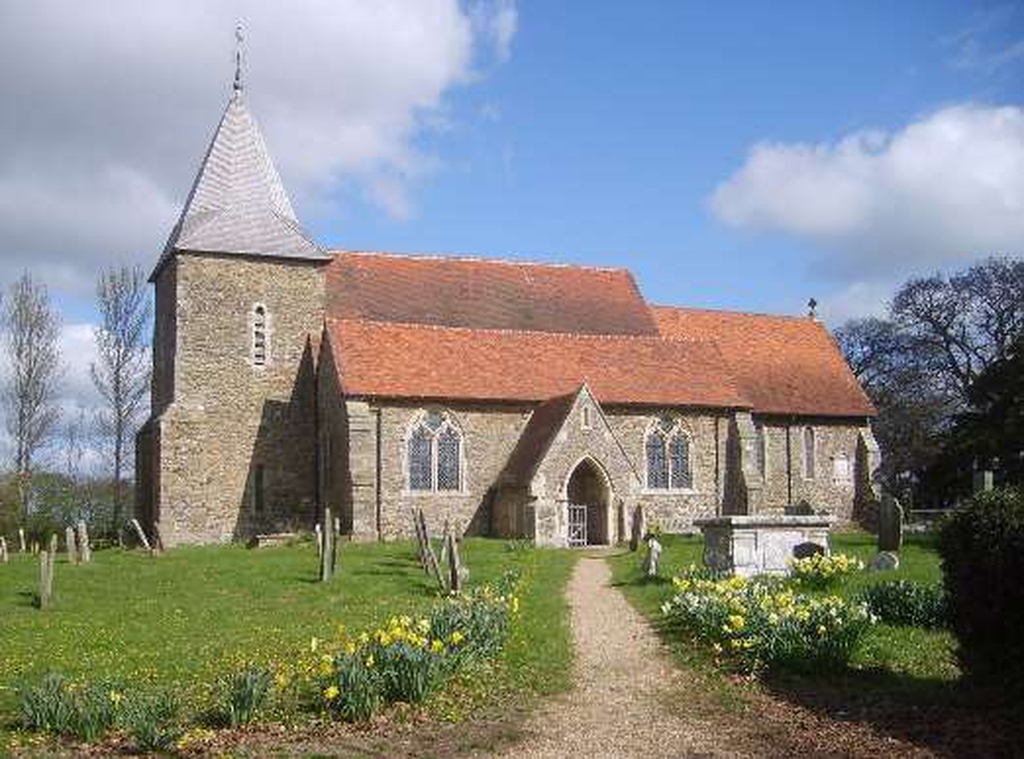 The Church of St Peter & St Paul, Peasmarsh lies about a mile to the south of the village. It is sited on one of the only two areas in the parish to rise above 65 metres and commands fine views over the Rother and the Tillingham valleys.

Peasmarsh, known before the Conquest as Tetbald, began as a settlement around an Anglo Saxon minster situated where the present church now stands. Evidence of Roman activity on the site which has recently come to light suggests much earlier occupation. The reason for the village subsequently moving away to the North is unexplained, but the most popular theory is that this was due to a serious outbreak of plague in the 14th century

The present beautiful and historic Grade 1 listed building dates from 1070 and a considerable amount of the original Church remains.  The iron-sandstone Chancel Arch, with the unusual leopard-like creatures carved on each side, has remained almost untouched since Norman times.

Around 1170, the Tower was added. North and South Aisles were formed by cutting through the original walls and making the present arches in Trans-Norman style. In 1240, the Chancel was lengthened to nearly twice its previous size.  Some 250 years later the South Aisle was further enlarged and the South Porch added.