The Parish Church of St Mary the Virgin, Petworth 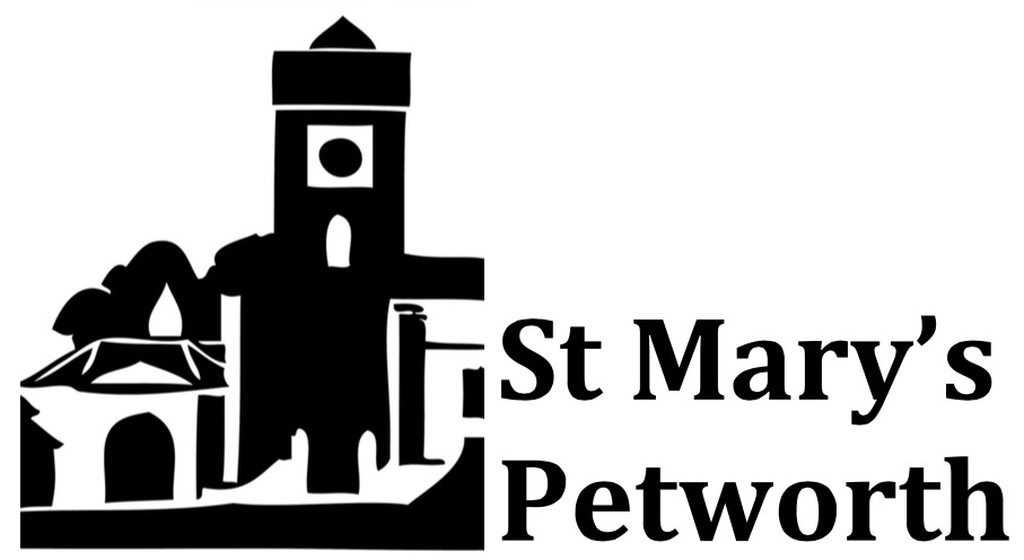 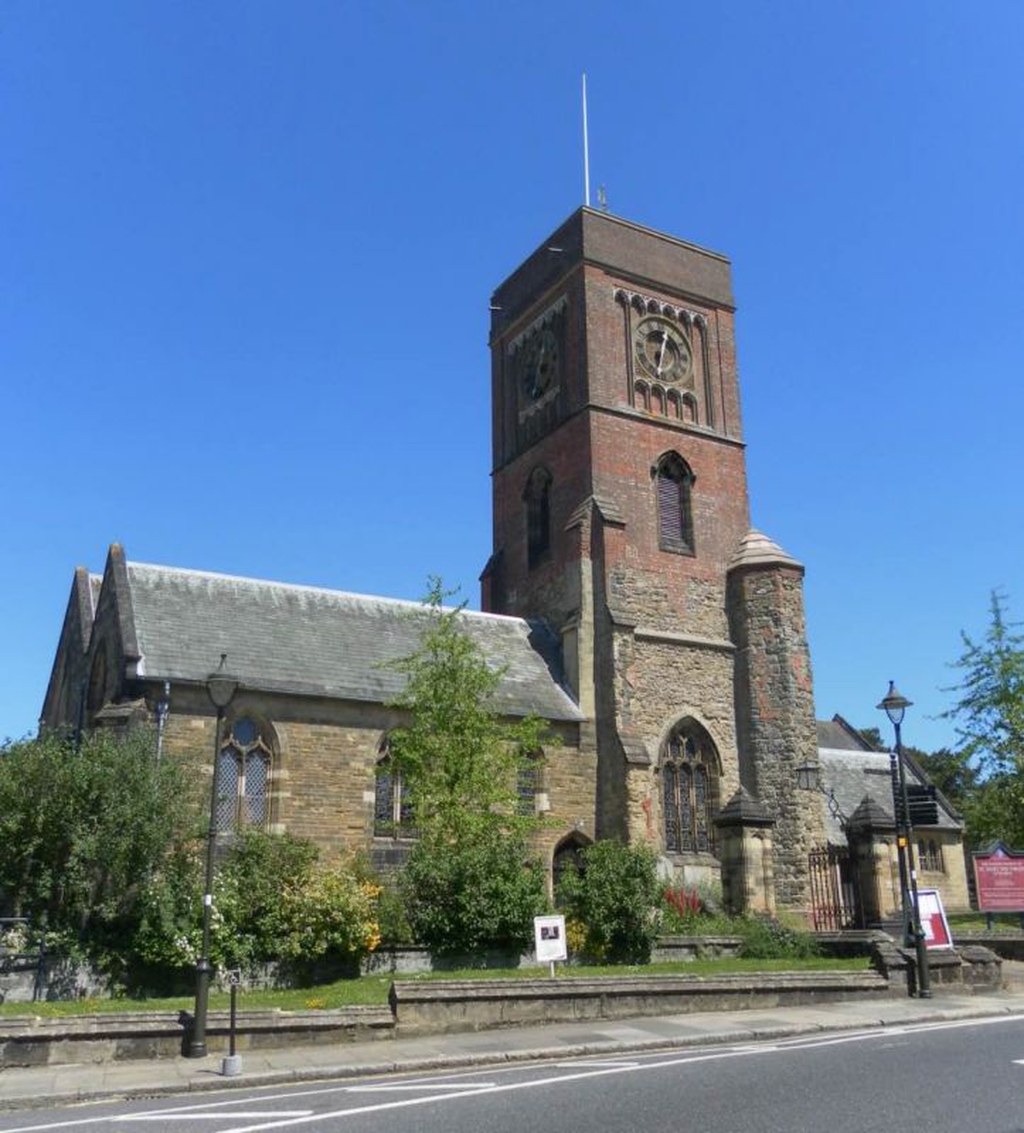 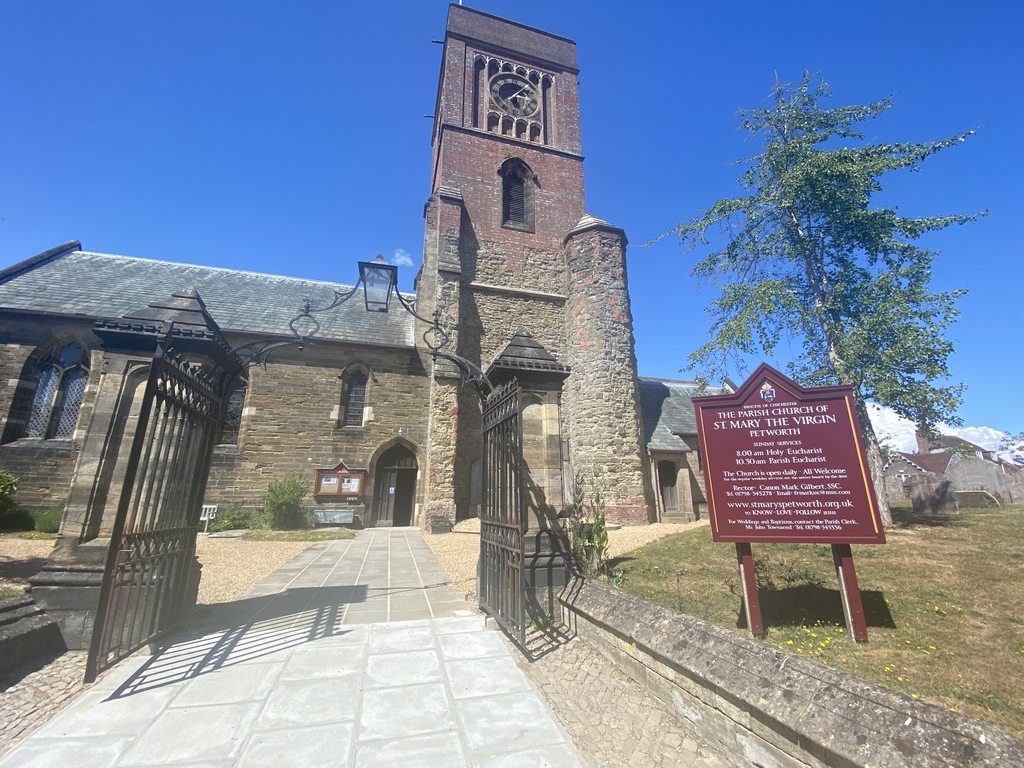 The parish church of St Mary in Petworth has a long history, stretching back to Saxon times,  Today it is still home to a worshipping community.

You are welcome to join us for any of our services. The church is open for private prayer during the day.

The Parish Church is now dedicated to St Mary the Virgin but its original dedication was to “Our Lady of Pity”. The church has a long history probably dating back to Saxon times. Petworth, or “Peteorde” as it was known, appears in the Domesday Book but little is known of its earliest days. The first recorded Rector was Thomas de Falconberg instituted in 1238.

Most of the present building dates from the 13 and 14th centuries but has been much altered by the restorations of 1827 and 1903. The tower is a “tale of two parts”, the lower half dating from about 1350 and the red brick extension, with its clock and bell chamber, from 1827. This was designed by Charles Barry, afterwards architect of the Houses of Parliament. There have been two spires. The first, a wood and lead structure, slanted perilously to one side giving rise to the famous old rhyme:

This spire was taken down in 1800 and followed, after the completion of the Barry extension, with a brick spire covered with stucco. This, however, was condemned as unsafe in 1947 and demolished. After an interval the present arrangement of a parapet and low tiled roof was built.

The roof and nave were restored in 1903 and 1904 by Charles, Baron Leconfield and the magnificent panelled ceiling, each panel containing the sacred monogram IHS (The letters stand for three Latin words, Iesu Hominis Salvator, meaning “Jesus, of the Human race, the Saviour”, ) and a cross, completed. The Rose window above the chancel is of German glass and almost the only example of its type now remaining in England.

There are a number of significant memorials in both the chancel and the nave, and the church contains glass by two significant designers, CE Kempe and Sir Ninian Comper. Kempe and his partner, Walter Towner, also designed the reredos, choir stalls, panelling and organ case. The High Altar is the work of Seely and Paget and commemorates those killed in the bombing of the Boys’ School in North Street on Michaelmas Day, 1942. It was consecrated by the then Bishop of Chichester, George Bell, in 1950. The original high altar now stands in the north transept of the nave under the Comper windows.

The oldest, and historically most significant, part of the building is the north east chapel dedicated to St Thomas Becket. Becket was murdered in Canterbury Cathedral in 1170 and King Henry II, as part of his penance, founded a number of chapels to Thomas, of which this is one. It contains significant monuments and coffin plates the most important of these recording the burial of various members of the Dawtrey family. The 16th century tomb of Sir John Dawtrey who died in 1542 and Jane, his wife is mainly of Caen stone with mixed Gothic and Renaissance detail. Bronze coffin plates in the east wall commemorate those members of the Percy family, Earls of Northumberland and their descendants buried in the vault beneath. The gallery above the chapel is that of the Wyndham family of Petworth House and is not open to the public.

The Baptistery under the tower contains an octagonal 14th century stone font and two significant sculptures. One, a relief of the Madonna and Child is by John Flaxman, RA. The other is a marble cenotaph with a female figure holding a cross and the Percy arms above is by John Edward Carew. Carew was employed by the Earl of Egremont from 1827 to 1837. He clearly felt, however, that his talents had not been fully recognised for there is a hidden inscription at the top of the plinth on the right side: “J E Carew Sculptor Fecit. Proh Pudor Academiae non Academicus.” (To the shame of the Academy not an Academician)!

St Mary’s is, of course, more than a monument but also the home of a living Christian family and the building reflects the needs of that community. New church rooms were completed under the gallery at the back of the church in 2005. These provide us with a welcome and meeting area with a servery kitchen, a utility room, two lavatories, one of which is fully equipped for disabled access and baby-changing facilities (and always left open for visitors!) and an attractive meeting room. This area of the church is available for hire by small groups. The church is always open to visitors during the day for prayer, a time of quiet or to see the points of historical interest