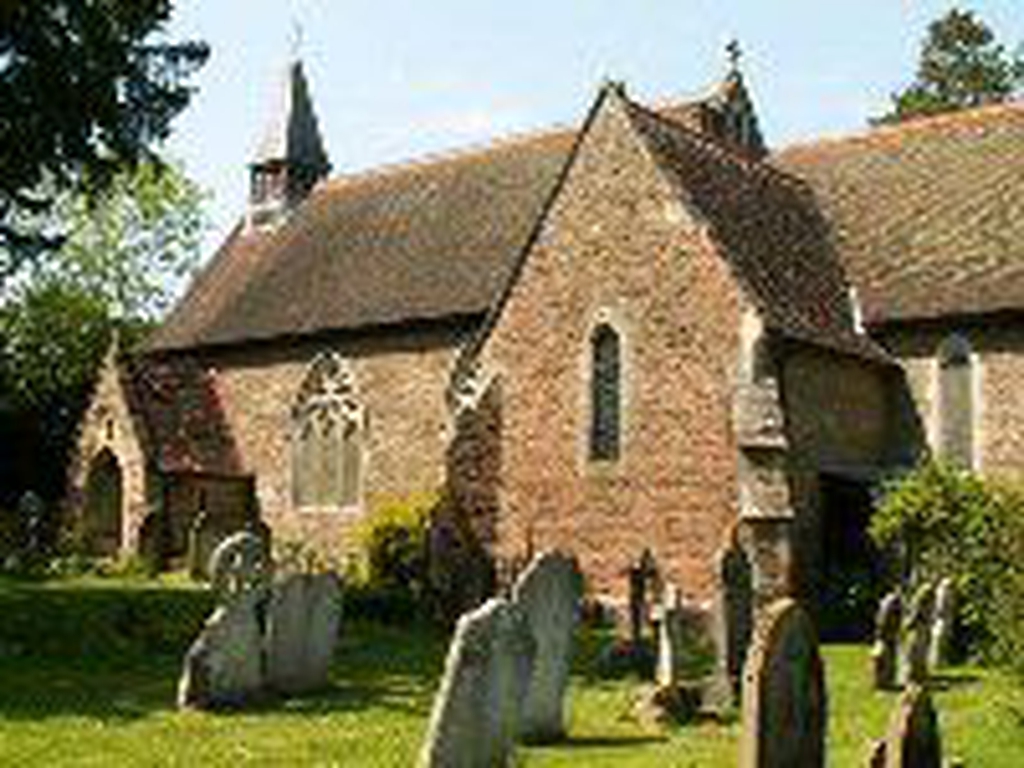 A short history of Southwater and its church

Southwater is one of those villages in the South East that has seen such a dramatic increase in the number of its residents over the last 30 years that now it hardly qualifies as a village. But its village spirit and identity continue to be important. This potted history could be embellished many times over by talking to residents whose families have lived here for generations.

Flint arrow heads, a glass bead and shards of Roman pottery point to early human activity in Southwater. It’s thought that the name refers to the fact that it lies South of the river Arun. In documents from 1346 it appears as Suthwatre, then Southewater in 1570 before the present spelling of Southwater was adopted. Old maps show ancient tracks dotted with farms - mostly tenant farms - on this heavy Wealden clay. One, Great House Farm survives still as a tenant farm but many are now no more than road names - eg Andrew’s Road, Cripplegate Lane and Mill Straight where there was both a farm and a mill (a corn mill which burnt down in 1914), Pond Farm Ghyll (ghyll in Sussex speak means a stream running through a strip of woodland rather than down a hill or mountain side). Bonfire Hill was high enough to be one in a chain of high places in Sussex where fires were lit to pass on the warning of danger from an invading army. And yes Station Road alludes to the fact that there was once a station in Southwater. It was built to serve the local community and the brickworks before being axed by Beeching in 1966. The brickworks, opened in 1890, lasted slightly longer before succumbing to economic pressures in 1981. After a fund-raising draw to see which villager would press the brickworks’ chimney destruct button, the whole site once Andrew’s Farm and then Southwater Brickworks became Southwater Country Park, but not before around 1,000 million red engineering bricks had been made from the Southwater clay.

In 1978 as a result of a rapid increase in residents and traffic through the village work began on the bypass. It’s hard to imagine today’s young adults trying out the new road on their bikes before it was opened. It’s probably equally difficult to imagine the building with the glass Post Office window was opened in 1898 as the “new” general stores and later became the Post Office. On the other hand the village bakery, which opened around 1900, continued to bake and sell from the same premises until 2005.

“Work well, play well” was the motto of Southwater’s first school master. Diaries of the past mention sport, beer houses as well as concerts, a choir supper at the vicarage and the two village fairs – one held in July and the other at Easter in the Cock Inn. Leisure facilities are slightly different now, but perhaps not that much has changed. It’s true that there are only two pubs now. The Plough and Harrow next to the Junior School in Worthing Road has gone and the Woodman’s Arms is now Ivy Cottage. Those remaining have changed little – the Cock Inn, an old coaching house (the story is told that a woman in service returning from London asked the coachman to put her down at the male fowl!), the Hen and Chicken and the Bax Castle, named after Bax, a weaver who lived there.

Sir Henry Fletcher felt strongly too that the community in Southwater should have its own church. Although not in the centre of Southwater it was decided to build the church on land at College Farm. It’s not clear whether the church was named Church of the Holy Innocents because the foundation stone was laid on that day in 1845, or whether it was in memory of the young children who died in a fire. It still stands as a focal point in the village, and all are welcome whether to take part in a service, perhaps one of the special childrens’ nativity services at Christmas or a family service or to enjoy the flower festivals or just to see some of the history of Southwater depicted in the modern stained glass windows.

So to all newcomers to Southwater we extend a very warm welcome.

THE PARISH CHURCH OF SOUTHWATER A BRIEF HISTORY

The present building is the first Parish Church in the village of Southwater. Grade II listed, it is almost entirely a Victorian gem built to accommodate the relatively small numbers of residents in what was then a long and straggling village based on several farms, including Great House Farm and College Farm. Much of the land was then, and remains now, in the ownership of the Fletcher family, which gave the original land upon which the Church was to be built.

The foundation stone was laid on 28 December 1848, the Feast Day of the Holy Innocents. Whilst the fact may be thought to account for the dedication of the Church, the choice of dedication derives from the misfortune suffered by the Fletcher family, three of the children of the Sir Henry Fletcher dying ‘early’. Sir Henry himself died in September 1851, the baptistery window being dedicated to his memory.

The building was constructed very largely of local materials from a quarry at Stammerham (Griggs Farm), a pit on Great House Farm and the quarry at St. Leonard’s Forest. The cost was said to be ‘in the region of £1,800’.

The Church was consecrated by the Bishop of Chichester, Bishop Gilbert, on 7th June 1850 and the parish was formed from part of Horsham Parish in the North and part of Shipley Parish in the South, being, at the outset, the ‘Consolidated Chapelry of Southwater’, and served by curates from Horsham Parish Church for the first three years. The first Incumbent (Vicar), Arthur Dendy, was inducted in 1853.

The Church remains much as it was except for the addition of a vestry on the South side in 1909/1910, at a cost of £280, of which sum £200 was donated by the Fletcher family. Various works of repair and decoration have been carried out over the years.

Holy Innocents now serves a much larger population than can every have been envisaged when it was built. It continues to serve the community but time and changing weather patterns have taken their toll. Climatic change in recent years in the form of a series of very dry summers has resulted in the building suffering serious subsidence. Substantial underpinning works are required together with large-scale repairs to the stonework. We continue to be grateful to all those who, down the years, have sought to maintain and beautify this lovely church. The task of continuing that love and care for the Parish Church of Southwater falls to the present community and those near and far who know and love this special place.