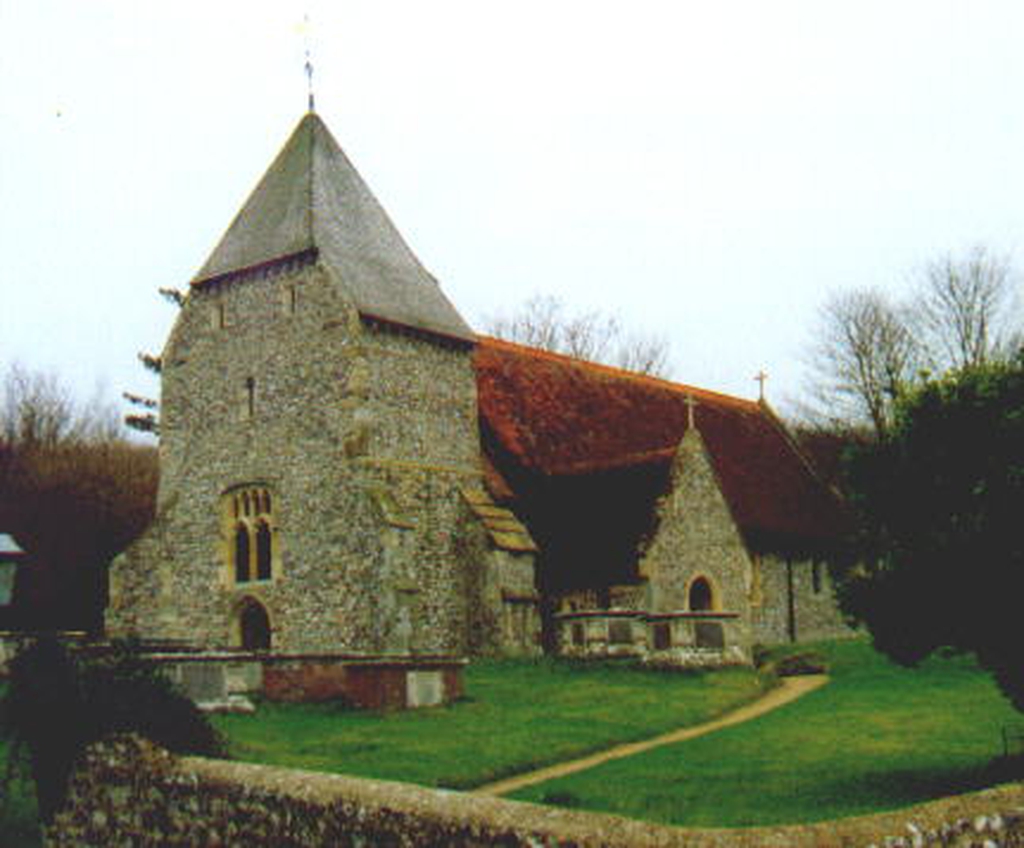 Situated in the Friston Forest, the village of West Dean is steeped in history. There is evidence that King Alfred stayed here in 'Dene' when ships were able to sail right up the valley. The Old Parsonage next to the church is the oldest priest's house in England still in occupation.

Dedicated to All Saints, West Dean church is also the most ancient in the Cuckmere Valley, Showing traces of Saxon origin. The unusually squat gabled spire has been likened to a monk's cowl, with the small windows in the tower giving the appearance of a face.

Inside, apart from the beautiful Norman arch to the tower, the prevalence of Early English work indicated that the church may have been extensively re-ordered when Sir John Heringod was Lord of the Manor in the early part of the 14th century. There is also an ornate stone tomb to William Thomas and his wife who bought the Manor of West Dean in 1611.

As with all the churches in the valley, there is a special atmosphere of stillness and ancient prayers to refresh the most weary visitor. Sunday Services are normally held twice a month at 9.30 a.m. - details can be found on the Notice Board. West Dean Church is open daily from 9.00am to 5.00pm or dusk.