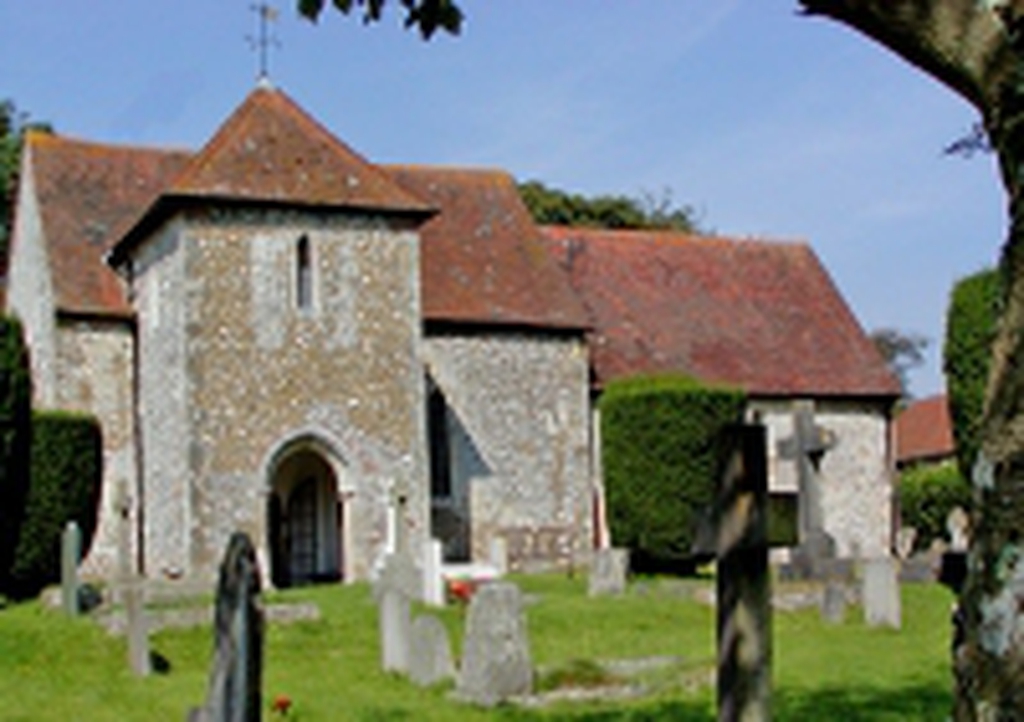 St Andrew's Church, West Stoke, with St Mary's Church, Funtington, and St Mary's Church, Sennicotts, became a single Parish Benefice in 2015. We celebrate and seek to serve God the Holy Trinity - and everyone is welcome to the Churches and the Services: 1st Sundays 9am Holy Communion with Hymns & Sermon, from Book of Common Prayer AND 3rd Sundays 9am Morning Prayer with Hymns & Sermon (BCP Matins). 5th Sundays - see special notices.

St Andrew’s Church, West Stoke was originally the second church of the parish of Bosham and is mentioned in the Domesday Book. There is a Saxon nave and the outside walls contain some reused Roman bricks. In the 13th century the chancel was rebuilt and a small tower incorporating a porch was added to the south side of the nave. In 1841 the chancel arch was rebuilt and two of the nave windows renewed. Later in the century a vestry was added on the north side. In 1876 the old rectory was pulled down and a new one built nearby for the Rev William Shaw. In 1990 during redecoration fragments of medieval wall paintings believed to date from about 1200 were found and have been restored. St Andrew’s is now part of the Benefice of Funtington but the incumbent retains the title of Rector for this church.