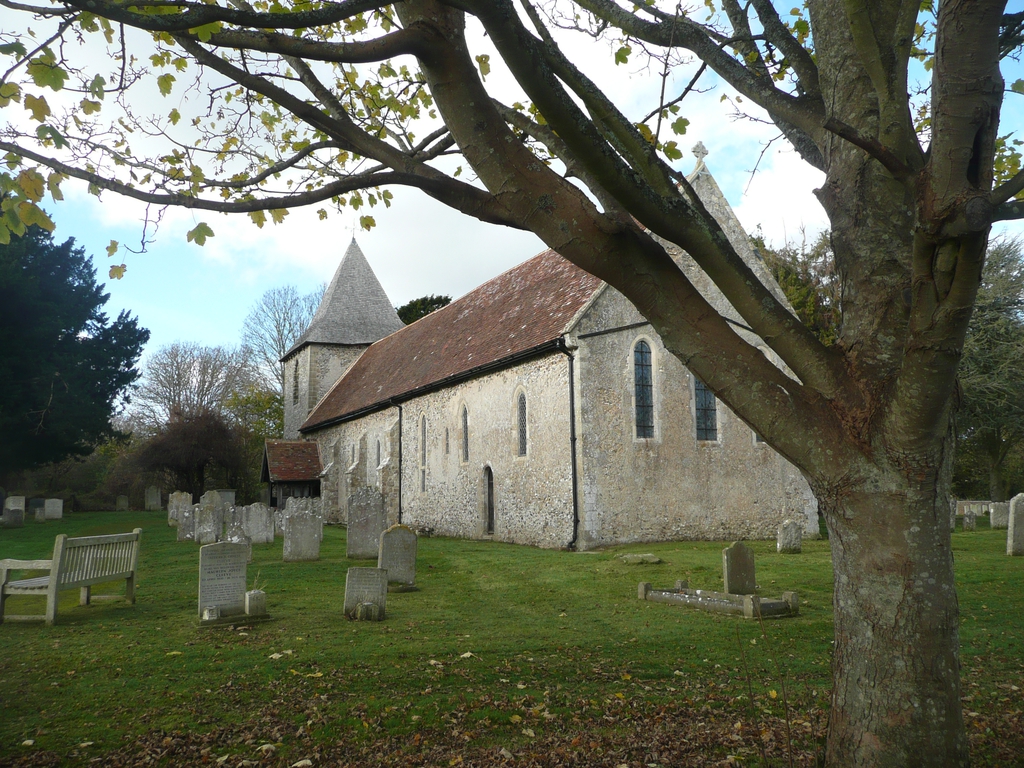 Now part of Southbourne Benefice, St Nicholas was originally in the Parish of West Thorney to distinguish it from East Thorney in Selsey, now almost entirely lost in the sea. Before the Norman Conquest West Thorney was part of the Manor of Bosham, and is thus linked with St Wildred who came in 681 to found Bosham, one of the earliest centres of Christianity. Bishop Warlewast, a great church builder, was probably responsible for the erection of the church soon after 1100.
The church is dedicated to St Nicholas, the patron especially of sailors, and served a harbour community of farmers and seafarers. The congregation was boosted by the development of the island as an airfield in 1936 and, following their departure in 1976, almost closed down. But with stout support of present and past parishioners and since 1992, a succession of army chaplains, has enabled St Nicholas, on Thorney island, to continue to be a beacon of Christian Worship in Chichester Harbour.
(Restricted Access) Access by road is controlled by MOD security procedures.