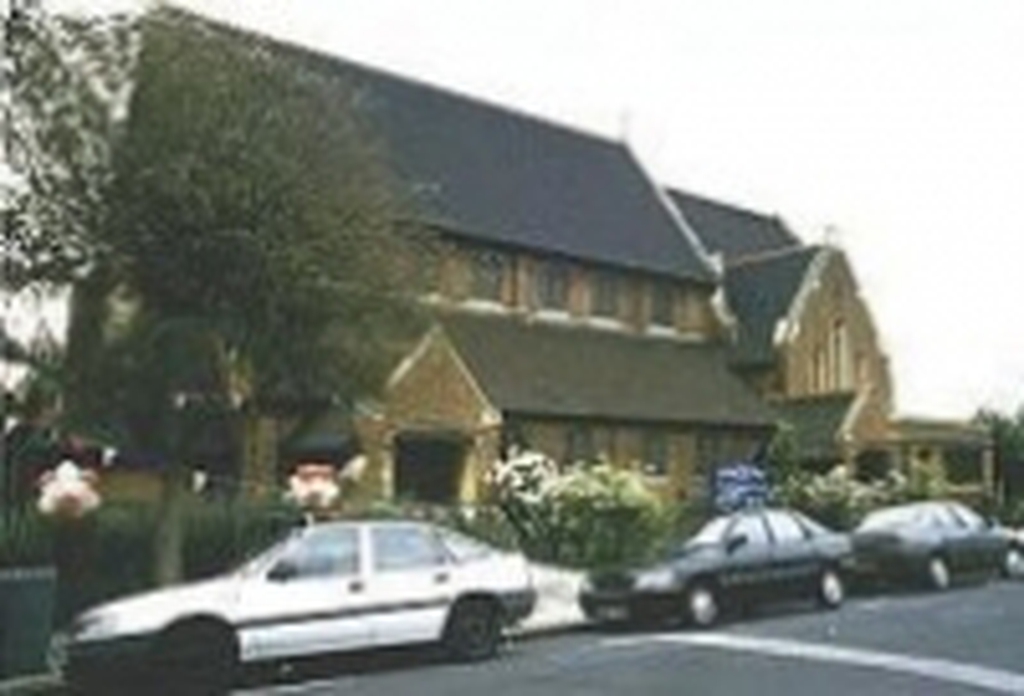 The need for St. Michael's arose when the Royal Arsenal Co-operative society began its building of the Bostall Estate, east of Plumstead, from about 1900. St. Nicholas Church, Plumstead was almost in ruins and with 18,000 parishioners of its own, could offer no help. Early in 1904 the present site for a church and hall was purchased for £1000 and by September the hall had been completed. The church, built at a cost (including furnishings) of £8026.9s.8d, opened for worship on 11th April 1908. It now serves a parish of some 6,000 souls.

From the outside St. Michael's gives the impression of a practical, though undistinguished, red brick building. With neither tower nor spire it sits quietly on Abbey Wood Road amidst the homes of its parish. Inside though it is a different story.

The wooden roof is a fine example of its kind - high and gracious - it faithfully represents an upturned boat over the nave. The oak rood-screen shows Jesus on the Cross, with Our Lady and S.John kneeling in prayer beside. There are a number of examples of stained glass, the east windows in the sanctuary and Lady Chapel are by Kempe and there is also a lovely depiction of the Annunciation by Arthur Moore who died in 1939. It has been suggested that one of the side windows depicting S. Luke and S. George is by Martin Travers, although it is unsigned.
×