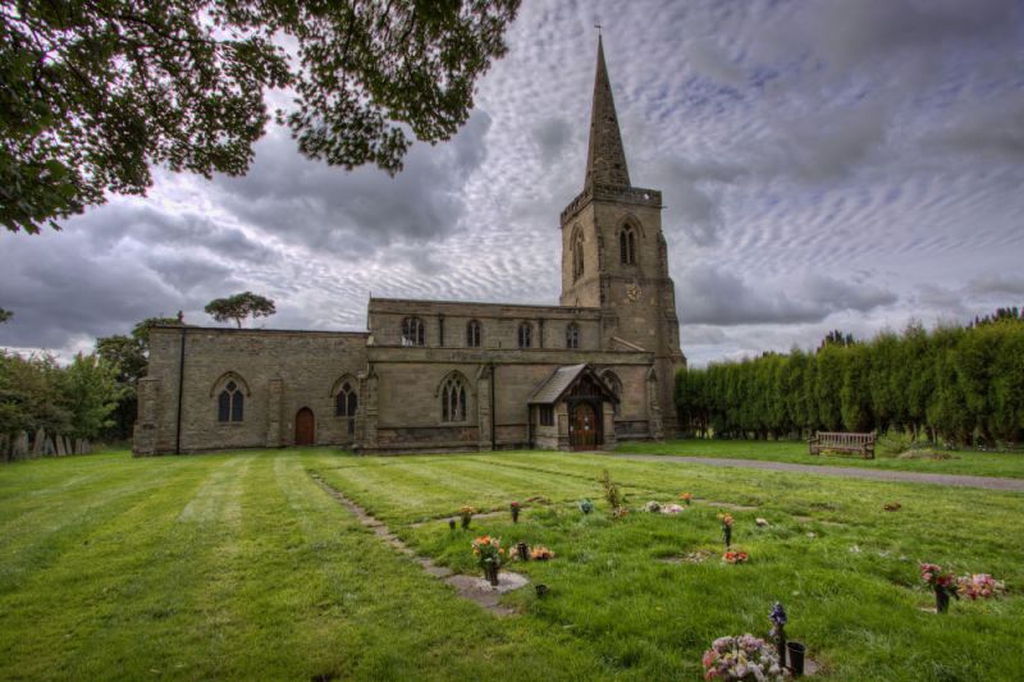 Ibstock: St Denys
Services and events
News and notices
About us
Find us
High Street Ibstock Coalville
Get in touch
(01530) 459164
Facilities
More information
Edit this church

The Parish Church of St. Denys, built in sandstone, lies on the southern edge of the village of Ibstock, in a conservation area within the countryside, and is approached by an avenue of limes and beech trees – an avenue which is quite probably one of the finest of its kind in the country.

The Church of St. Denys has stood in its present form since the fourteenth century, although originally it would have been approached from the South through what is now the Rector’s vestry door and the holy water stoup (which was then on the outside of the church prior to the vestry being added) can still be seen in this vestry. The Churchyard is now closed for new burials.

The Tower contains six bells. The bells have tolled at St.Denys, Ibstock for over 500 years. The 110-year-old steel bell frame, which supports 6 bells weighing over 2 tonnes in total, has severely corroded and weakened after years of exposure to the elements through the spire-lights and bell chamber window openings. The largest bell in the tower, which strikes the time every hour, was cast and hung around the year 1500 by the medieval Seliok family bellfounders of Nottingham. The 3rd and 5th bells are both dated 1632; the Church Buildings Council has identified all 3 bells as being worthy of preservation.

The list of incumbents, however, as far as can be traced, dates back to 1160, and it is probable that a Norman Church stood originally on the present site. The present church building is mainly 13th – 14th century. In 1885 there was major restoration but the restoration of the chancel was not done until 1897. For anyone interested there are details of extensive work carried out in the 20th century.  The Church of St. Denys, Ibstock is of tremendous importance as a place of worship throughout the centuries and of great historical and archaeological importance. The Church Registers go back to 1568 but are now preserved in the Leicester Records Office. Over hundreds of years obviously the interior of the church has drastically changed to suit prevailing forms of worship. The organ was installed in 1897, electric power added in 1944 and had major renovation in 2006.

The building is in regular use and always has been with either 1 or 2 services every Sunday. The community of Ibstock also uses it, and others, for Baptisms, Weddings and Funerals and because of its excellent acoustic properties can be used as a concert venue (seating approximately 250). Our most famous former Rector was William Laud (1618 -1626) who went on to become an historic figure as Archbishop of Canterbury.  The font is believed to have been his gift.