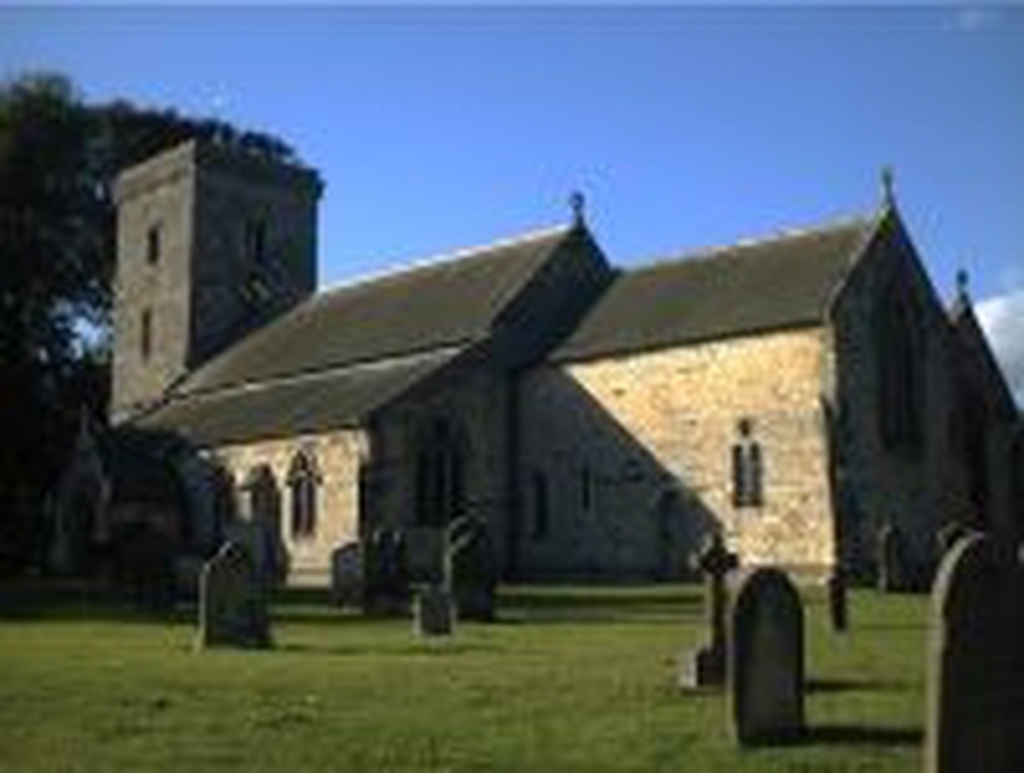 Hovingham: All Saints
Services and events
News and notices
About us
Find us
Church Street Hovingham York
Get in touch
(01653) 628555
Facilities
More information
Edit this Church

A fascinating church, carefully rebuilt in 1860 and retaining its Anglo-Saxon tower and a number of other early features, including a Saxon west doorway and a 10th century Saxon wheel cross inset over the south belfry opening. Fragments of the ancient church are also preserved as a reredos to the Lady Chapel altar and as the main sanctuary cross following the remodelling of the chancel in 1981. Also contains fine modern windows by Stammers based on themes from Revelation