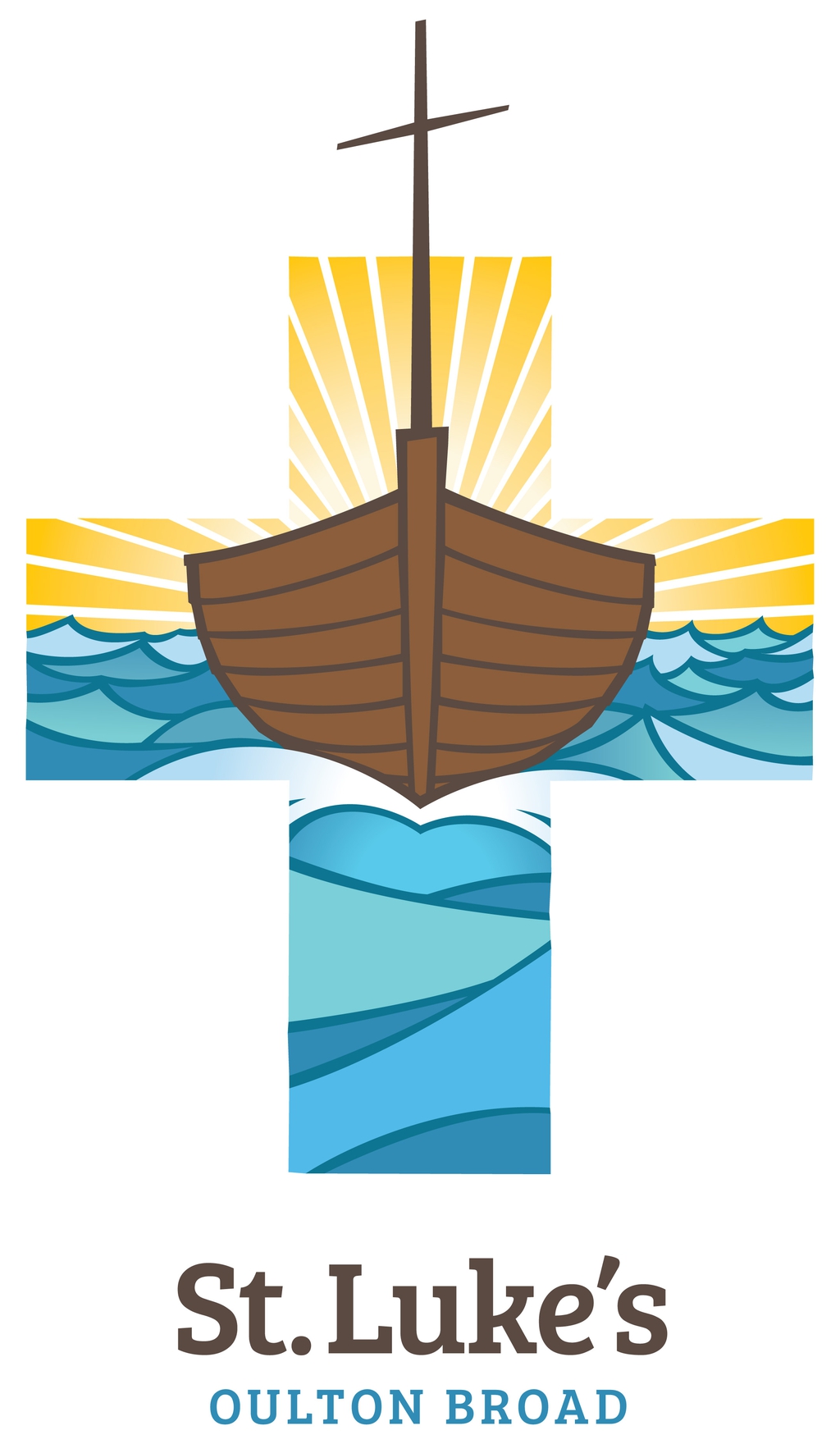 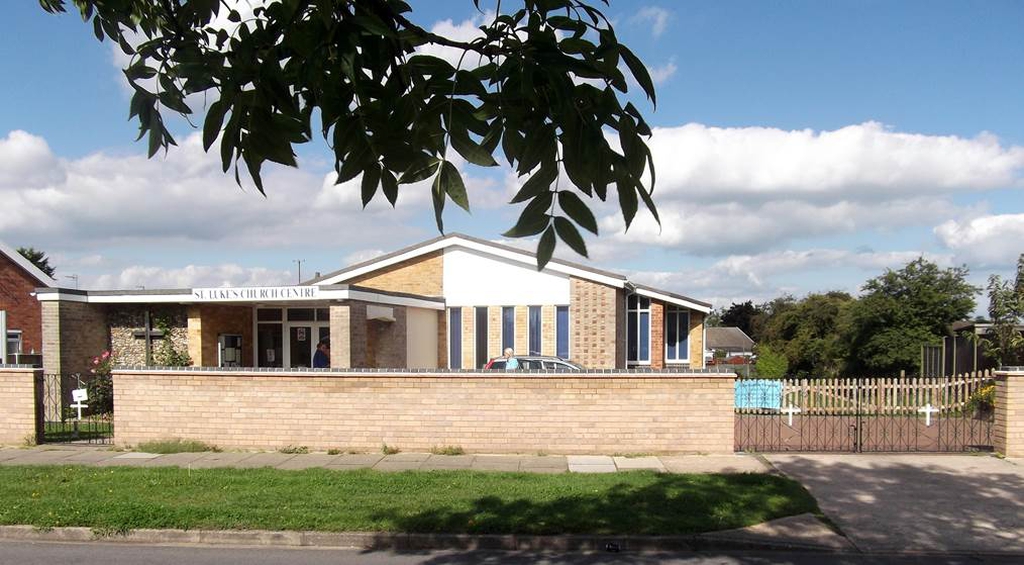 The Life of the Church

Personnel
1 OLM Curate (female) 2 Lay Readers (1 male & 1 female)
2 Churchwardens 2 Lay Readers in training (1 male & 1 female)
3 Deputy Churchwardens Parish Administrator (part-time)
Director of Music Verger
Local Ministry Team
At St Mark's and St Luke's we value collaborative ministry.
The Ministry Team consists of staff, wardens and members of both congregations. They are authorised by the PCC to give focus and energy to the wider ministry of the church and share with the incumbent the responsibility for directing, encouraging and enabling its mission.
The Ministry Team meets twice a month; once for "business', once for prayer. The ministry team was formed to encourage and enable greater commitment in shared ministry and to support and bear one another up before God.
The P.C.C.
Consists of 24 ordinary elected members, representing both St. Mark's and St. Luke's churches, plus the Church Wardens and the incumbent, and normally meets in the Church Centre on alternate months, under the chairmanship of the incumbent. There is power to co-opt other members where this would contribute to the efficiency of the Council. The elected members serve for a period of three years, with one third of the total retiring each year but being eligible for re-election. All Church committees, including the Church Treasurer(s), submit reports in writing for distribution to the members of the Council prior to each meeting of the PCC so that debate and decisions may be well informed. The two Wardens, together with three deputy wardens, are elected annually, and in normal practice within the parish the wardens are not expected to serve in this office for a period of more than four consecutive years.
Additionally, St. Luke's has its own elected Church Council, responsible to the PCC, which meets every two months. The Council consists of eight members including a Secretary, a Deputy Church Warden, elected PCC Representatives and Deanery Synod Representatives and is normally chaired by the Incumbent.
Deanery Synod
There are four elected lay members from our churches who serve on the Lothingland Deanery Synod. Three meetings are held annually.
Deanery Chapter
Lothingland Deanery Chapter meets regularly to pray and to facilitate communication between the churches; the meetings are informative and informal. They open with a service, usually HC, and then a speaker leads the time together. In addition there are two social events each year.
Usual Pattern of Services
Whilst not wishing to pigeonhole or over-categorise ourselves, we would best describe our churchmanship as "Open Evangelical'. Normal clergy dress for services is cassock and surplice, with the use of stoles at communion services.
This pattern of services has been in place since February 2004
On special occasions the 9.30 and 11 o'clock services at St Mark's are merged for a combined service at 10.30. The 6.30 evening service at St Mark's will sometimes be Choral Evensong.
Sunday of the Month St Mark's
Service Time Average Attendance
First Sunday HC (sung) 9.30 79 +1
Focus 11.00 45 +18
EP or SonS 6.30 or 8.00 25
Second Sunday MP 9.30 77
Focus 11.00 65 + 19
Third Sunday HC(w/h) 9.30 72 + 1
Focus 11.00 32 + 13
EP or SonS 6.30 or 8.00 21
Fourth Sunday MP 9.30 66 + 1
Focus 11.00 32 + 10
(Fifth Sunday) HC  Healing (w/h) 9.30 54
Focus 11.00 21 + 11
Sunday of the Month St Luke's
Service Time Average Attendance
First Sunday Healing Service 9.30 22

KEY:
(w/h) - "with hymns"
HC - Holy Communion
MP - Morning Prayer
EP - Evening Prayer 6.30 pm
SonS - Sing on Sunday 8.00 pm (during June, July and August)
Average Attendance No. of Adults + No. of under 16's
`Focus' is an informal service for families, especially families seeking baptism for their children, where friendship and participation are the key elements. `Focus' is fairly new and is still emerging and developing. The intention and emphasis of the Focus Service is to address the following points: -
* A new way of looking at worship and "being in church'
* Flexibility of worship
* Exploring new worship patterns to meet the needs of the largely unchurched local community
There is also a service of Holy Communion on Wednesdays at 9.30 am. (The average attendance is 18)

We value the involvement of lay members of the congregation in services. Intercessions are normally led by members of the congregation. There is also a rota of lesson readers, drawn largely from the laity. Occasionally, usually at the summer "Songs of Praise', the service may be led by a member of the laity.
St Mark's also has a church-based Dramatic Society. A wide variety of plays have been performed, both in the church centre and the church itself, some as part of the worship at services. Three Roger Jones musicals have also been performed, with the church choir providing the music.
Volunteers assist with the preparation of the Church for worship by cleaning brasses, arranging flowers, re-arranging the furniture, checking and operating the sound system and changing the banners. Many others assist before, after and during the Services including acting as sidespeople, assisting with Communion and providing refreshments between services.
Other volunteers hold posts within the Church including Planned Giving Officer, Electoral Roll Officer, maintaining the Marriage and Baptism Registers, editing and collating the monthly Parish Magazine, 'Broadlife'; (600 copies being distributed within the parish each month); staffing the Office and photocopying the weekly Service sheets, along with other numerous tasks.
Music
The aim of the music is to enhance worship.
The robed choir at St Mark's has about sixteen members and leads the worship at the majority of the traditional services. An anthem is regularly sung on the second Sunday in the month and on major festivals in the `Church Calendar' including a traditional Carol Service.
Anthems are either sung unaccompanied or accompanied with the grand piano or the historic pipe organ.
St Mark's is noted for the high standard of music and often stages concerts featuring local, national and international musicians.
The aim of the worship band and singers, used for less formal services, is to enrich the worship. This is an area that could be expanded and developed.
Mission in the Community
Both our churches are in the fortunate position of being able to provide facilities that place them at the heart of the community.
Church groups using the facilities of the Church Centre include the members of St. Mark's Mothers Union, and the St Mark's Wives Group who often also provide very active, voluntary assistance on the occasion of Church Social events.
At St. Mark's, the following `outside' organisations, as distinct from our internal Church committees or study groups, make use of the Centre Hall, or the Meeting Room, for their regular meetings.
There are popular and thriving Mother, Baby and Toddler groups, which meet in the Hall on three mornings of the week for pre-school activities, and are also able to make full use of the kitchen area.
Older children are catered for each week by the "Rainbows' and the "Brownies' who use the Hall facilities each Tuesday afternoon.
Among the adult groups using the Hall for their meetings are the Lowestoft Stamp Club, a Folk & Square Dance Club, a Bridge Club, a "Sugar-Craft Group, the local branch of the R.S.P.B., and the local Art Club.
The Lowestoft Probus Ladies' Club also holds its twice-monthly meetings in the Hall.
St. Luke's Church is used by various organisations each week, and provides a source of a significant part of the Church income. The main user is a 'Kindergarten' which is held on three mornings a week. Other users include `Rainbows', 'Brownies' and "Guides', an "after school' club, a dance & drama group for young people, and a senior aerobics group. The St. Luke's Ladies Guild meet on alternate weeks and also raise considerable funds by holding coffee mornings, jumble sales and fetes, etc.
As part of St. Luke's outreach mission, a "Take a Break' group, which is a small group of elderly people brought together by two of our Church Members, meet in the church hall once a fortnight purely for companionship, a chat and a cup of tea.
Bookings for the facilities at both churches are handled by the Parish Administrator.
There is a small "Centre Management Committee' at St. Mark's, with its own chairman, to oversee the general organisation of the Church Centre on behalf of the PCC.
×