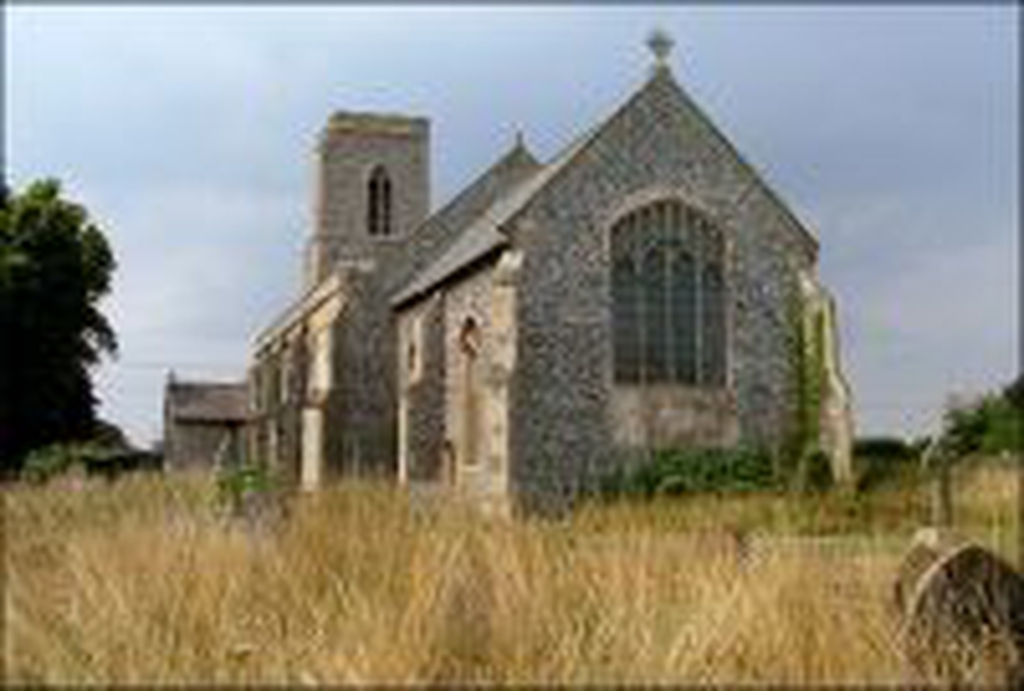 A fine old Norfolk church situated on a hill top where there has been a church since Anglo Saxon times although no trace of the original church is visible today. Rebuilding of the present church in stone started with the Tower in about 1340 and ended with the Chancel a century later. The Chancel screen was made to complete the building of the Chancel and bears the initials of the then rector, Stephen Multon 1435-1477.

The Porch is a 15th century addition to the Nave and the original roof has a niche for a figure of St Michael. The Church door has a particularly ancient ring knocker which Pevsner suggests could be 13th century but the latch on the inside has an inscription "T Cook 1819."

Since 1st April 2018, the parish forms part of the United Benefice of King's Beck and Sunday services take place by rota in one of the churches of the Benefice (Banningham, Colby, Felmingham, Skeyton, Sloley and Tuttington)