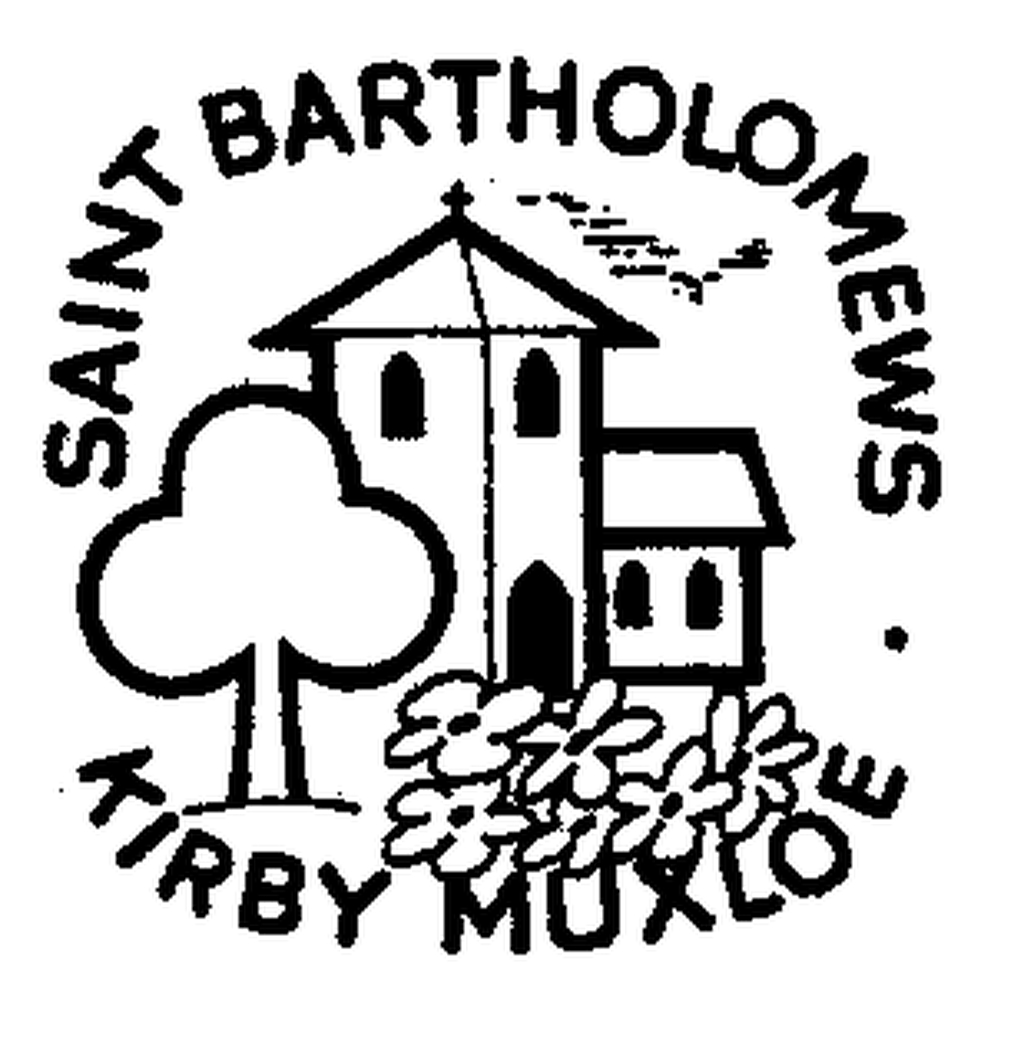 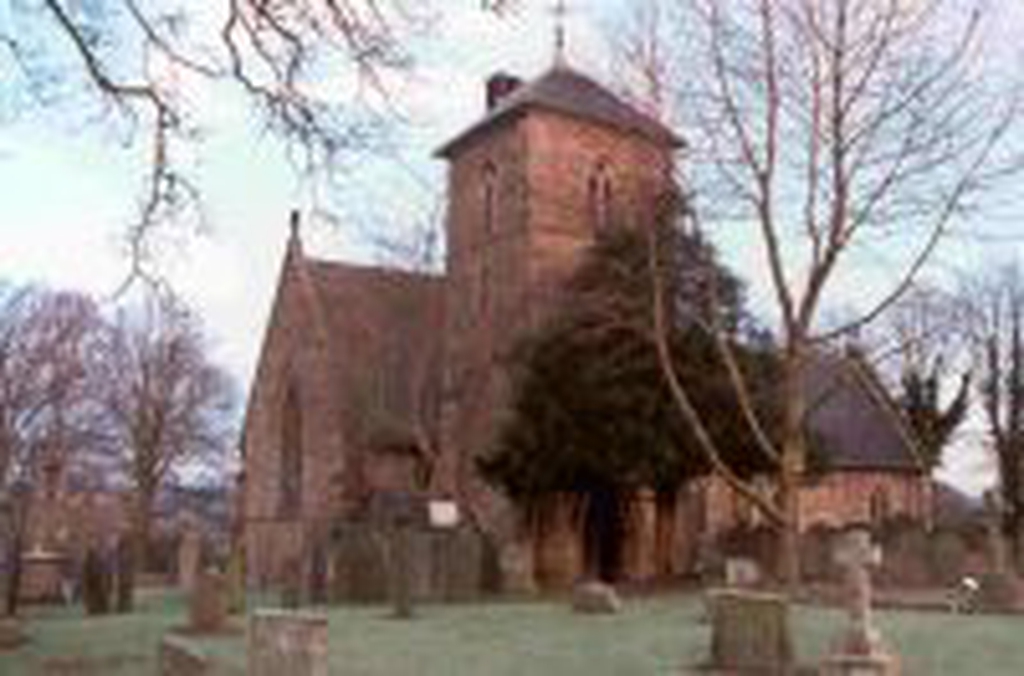 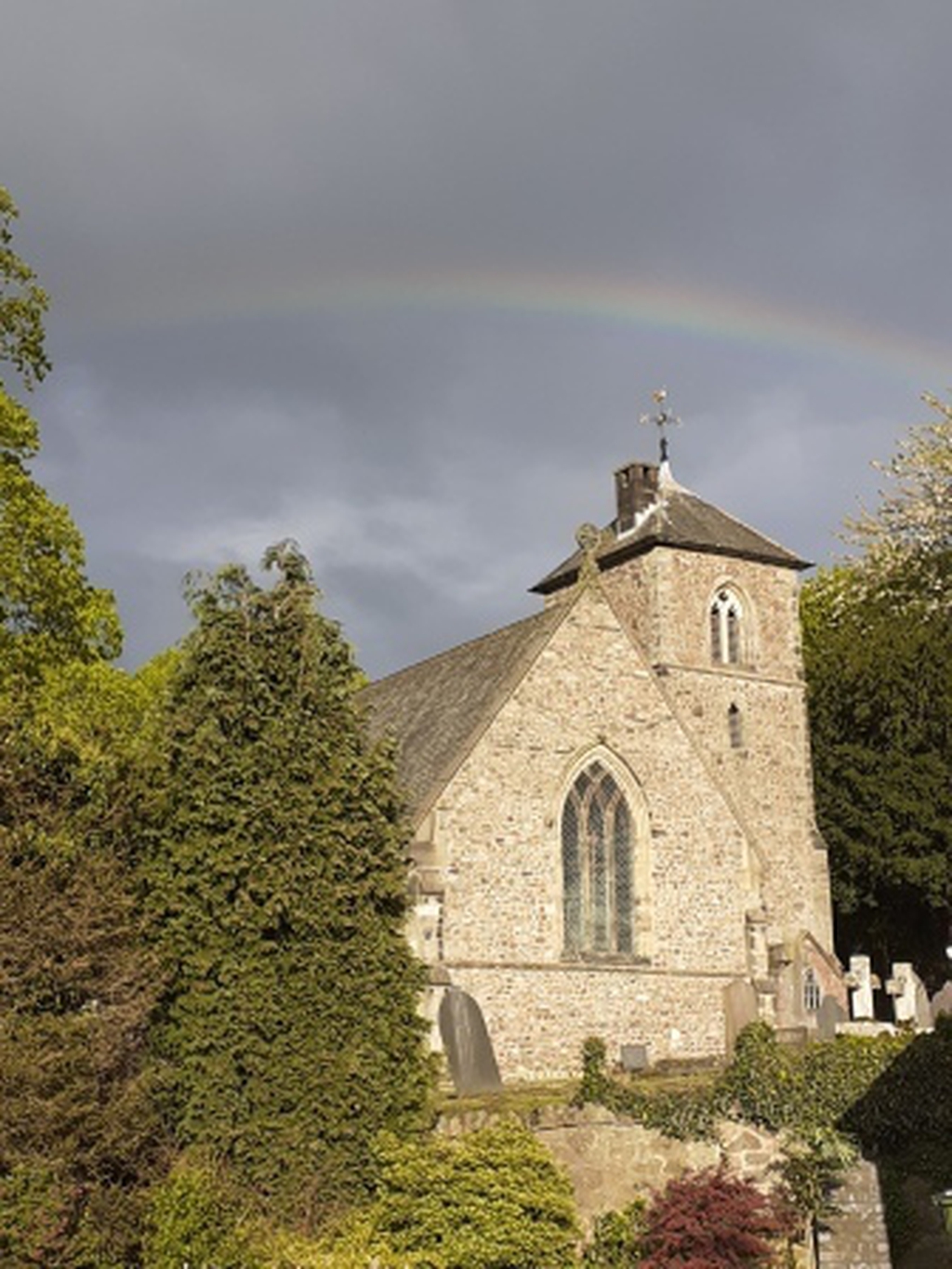 History of the Church of St.Bartholomew

HISTORY OF THE CHURCH OF SAINT BARTHOLOMEW, KIRBY MUXLOE


The Church of Saint Bartholomew, Kirby Muxloe is a small medieval church which was restored in Victorian times. It is around 70 foot long with a simple nave, chancel and sanctuary. Much of the building is of white sandstone and gravel with some granite and stone rubble, but the north wall of the nave was rebuilt in 1848-50 in blue Derbyshire stone. Most of the furnishings and internal decoration date from after the restoration of 1848-50.

The oldest parts of Kirby Church were built in around 1300, although there was a church on the same spot from 1168. The south wall of the nave is of the Early Decorated Period.

There is a piscina (a drain for washing the Communion plate and cup) at the east end of the nave, in the south wall. This implies that there was once an altar by it, so it is possible that at one time the church consisted only of the nave and perhaps a yard of the existing chancel.

For many years the church was a chapel of ease; that is, although people from the village worshipped there Kirby was served by the Rector of Glenfield and most baptisms, weddings etc. took place in the parish church at Glenfield. However Kirby had separate Registers of Baptisms, Marriages and Burials, which survive, with a few gaps, from 1597. They are now in the Leicestershire Record Office.

In 1622 the church contained eight coats of arms of local families (none of which survive). This included the Hastings family, Lords of the Manor from 1455 to 1630. Kirby Castle, a few hundred yards from the church, was begun by Lord Hastings and left unfinished on his execution in 1483.

During the Civil War, Commonwealth and Protectorate of 1642-1660, Kirby Church was unusual in that it remained “open”, and it was used at this time by many people from outside the parish.

One of the few monuments surviving from before the Victorian restoration is a slate and marble mural on the south Chancel wall, in memory of “Francis St.John Esqr” who lived at Kirby Frith from c.1727 to his death in 1732.

Nicholls mentioned a Royal Coat of Arms above the chancel arch in 1811. The one hanging there today was moved from the porch in 1924. It contains the arms of the kingdom of Hanover on a smaller 'shield of pretence' in the middle. The Arms may be dated, therefore, to between 1801 and 1837 (when Hanover was removed from the Royal Arms on the accession of Queen Victoria). It used to be thought that there was a crown on the Arms of Hanover, and this would have meant that the Arms dated from after 1816. However, since the Arms were cleaned in the 1980s, the 'crown' appears more like a bonnet, which would mean that the Arms date from before 1815.

During this period the furnishings included deal pews, a “yellow painted” pulpit, and a wooden chancel screen. The weathercock dates from 1824. There was a low gallery at the west end with a “large ancient square font upon a circular base” underneath it. (The font was broken up when the gallery was dismantled in the early 1900s.) In 1835 there was one service each Sunday, alternating morning and afternoon, and Holy Communion only four times per year. At this time there were still only about 100 people living in the parish, as there had been since the fourteenth century.

In 1840 a railway station opened in Kirby, and shortly afterwards many Leicester businessmen built houses in Kirby Fields. The population of the parish began to increase dramatically, and so too did the money available for church furnishings. Many of these businessmen were nonconformists, but they still contributed generously towards a church for their servants.

A restoration programme costing £1000 took place in 1848-50, under the Leicester architect Henry Goddard. The church was re-roofed (with Swithland slate) and the north wall of the nave rebuilt in blue Derbyshire stone. New pews were installed and also a new pulpit, with wrought iron decoration painted to look like carved wood.

The first organ was installed in 1853, and opened on 1st December that year.

In 1856 a stone reredos was bought by public subscription. It shows the Lord's Prayer, the Ten Commandments and the Apostles' Creed, with the Paschal Lamb in the centre behind the altar.

In 1858 the large west and east windows both received new stained glass, given by T.H. Pares of the Leicestershire banking family, who lived at Kirby Frith. The east window contained three scenes from the life of Christ ; the Crucifixion in the central panel, flanked by the Nativity and the Baptism of Christ. The two side panels are now in the south chancel window. The West window showed the four gospel writers.

At the Census of 1851 Kirby had a population of 335, plus 81 in Leicester Forest East. At the morning service on 30th March 1851, there was an attendance of 66, with 50 at Sunday school. In 1859, 110 services were held with 22 weekday services during Lent, and Holy Communion was celebrated monthly.

In 1891-2 a small vestry was added to the north of the chancel, a tessilated floor laid in the Sanctuary, and the tower modified, at a total cost of £300.

The walnut eagle lectern was given in 1892 in memory of “Henry Hitchcock of Leicester”. (His younger son Joseph was a coal merchant who lived in Kirby Fields.) Henry was a great-grandson of the Hitchcocks of the Red Cow in Leicester Forest East, and he worked the North Mill on the River Soar.

A window on the North side of the nave, depicting St.Catharine and St.Dorothea, was given by the Dalrymple family in around 1900.

The present organ was installed in 1901, and was made by J.Porritt of Leicester. On the case is a memorial plate to Horace Webster, organist from 1930 to 1963.

In 1907 the heaviest of the church's three bells was re-cast. It weighs 7 cwt, 1 qr 5lb and sounds A Flat. It was dated 1606 and (like another dated 1609) was inscribed “Be in knowne to all that me see that Newcome of Leicester made mee”. When it was re-cast the additional inscription was added “In memory of Gilbert and Jane Mee”. The third oldest bell, dated 1636, cast by Hugh Watts of Leicester, is inscribed: “IHS Nezarenvs Rex Ivdeorum Fili Dei Miserere Mei”. In 1909 two new bells were added, each inscribed “This Bell was placed here by the United Effort of the Parishioners”. They were cast by J.Taylor & Co. of Loughborough. One is also inscribed “Praised be the Lord” and the other “The Lord's Name be Praised”. With the additional bells there was no room in the tower for the old dialless tower clock, made by William Davis in 1720. This is now in the care of Leicestershire Museums Service.  In 1910 a table which is now in the vestry was made out of the old oak frame for the bell of 1606. (A sixth bell was added to the ring in 1970).

In 1912 stained glass was inserted in the north window of the sanctuary, in memory of the Rev George Postlethwaite, “curate” of the parish between 1894 and 1910. He is buried just outside the window. The window shows the Resurrection, with the angel telling the women “He is not here, he is risen”.

The watercolour painting shown on this website was painted in 1912 by Roland George Barker (1885-1958) of JW Barker and Son, a painting and decorating business on Belvoir Street, Leicester. It is not known whether this represents the actual decoration of 1912, or whether it is a proposal for a new scheme.

A new East window was inserted in 1920, in memory of the men of the parish who died in the First World War. It was given by Thomas and Beatrice Hollis, whose eldest son John Gordon Hollis died on the Somme on 14th July 1916. (See the separate article on the War Memorial). Thomas Hollis was a timber merchant, and the family lived at Barncroft in Kirby Fields. John Gordon had studied at the university of Dusseldorf, in Germany, before the war. He and two of his brothers all enlisted as private soldiers at the beginning of the war, but he was soon offered a commission as temporary second lieutenant in the 7th Battalion of the Leicestershire “Tigers” Regiment. There are two tigers high up in the spandrels of the outer lights of the East Window. Oak leaves also reflect the fact that on 15th June 1916 Lt. J.G. Hollis was “Mentioned in Despatches”. The window was made by the firm of Heaton, Butler and Bayne, from a design by Christopher Whall. The central panel shows Christ in glory, saying: “Be thou faithful unto death, and I will give you a crown of life”. Saint George and the Archangel Michael reflect the theme of battle, and also represent England and France, and a small panel showing St.Andrew represents Russia, which fought on the same side.

On 29th July 1930 Kirby Muxloe became a separate parish, together with Leicester Forest. (Although Leicester Forest was formerly extraparochial - not part of any parish - its few inhabitants had been attending Kirby Church for centuries.) The population of Kirby village was then 1,500. The first Vicar was Canon Whorlow, who had been the Curate. A memorial to him in Hoptonwood Stone was placed in the Sanctuary in 1934.

During the second world war the glass of the West window was destroyed by the blast of two parachute mines in the evening of 19th November, 1940. It is generally supposed that the bombers were lightening their load as they returned from the raid on Coventry. One of the bombs destroyed the Free Church building at the end of Main Street, and for three months the Free Church congregation used St.Bartholomew's for their services.

In 1950 it was found that the west wall of the church was in very poor condition. So too were the rear pews, and the supports for the raised dais on which they stood were perished. They were all removed, and the remaining pews from the south west corner were moved to the north west, leaving a space into which the font was moved to create a baptistry area. The cost of these repairs was £195, 17 shillings and 1 penny, and at the same time the church was redecorated at a cost of £170 and ten shillings. Thirty wooden chairs were purchased at £1 each.

After the war the population of Leicester Forest East grew rapidly and an appeal was launched to build a daughter church there. This became St.Andrew's Church, which was opened on 21 September 1966.