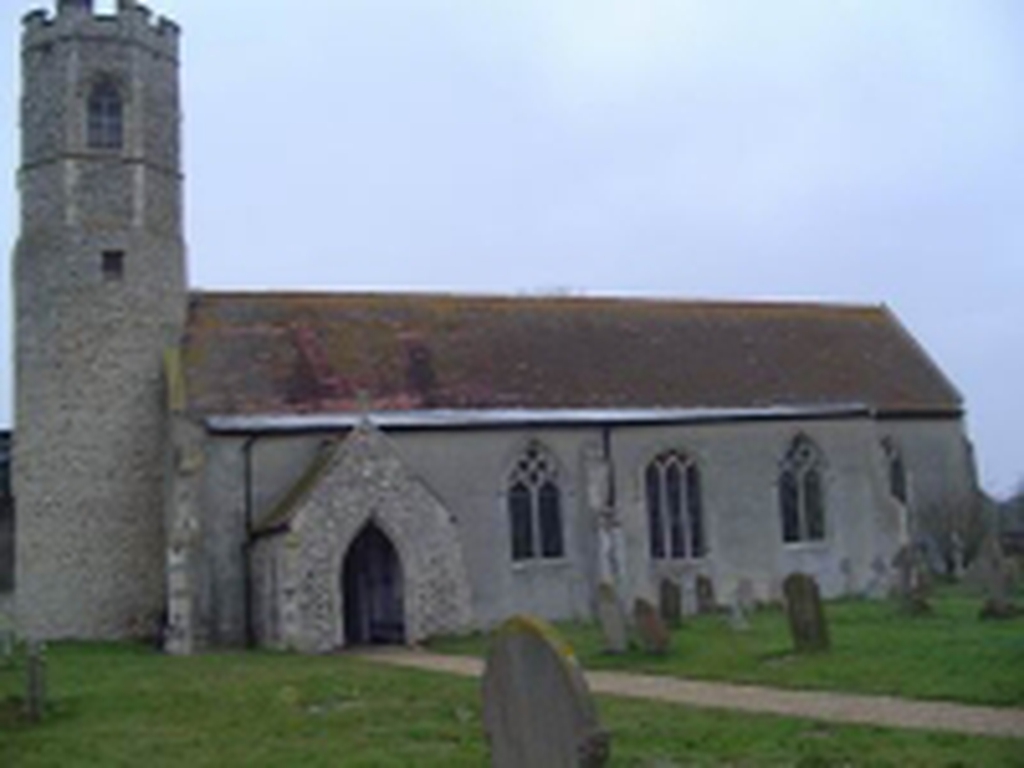 Woodton Church Tower and the Bells

The round tower- it has two distinctive phases, which are easy identifiable. The lower part of the tower is built using a mixture of un-coursed flints and a mixture of iron stained nodules. At the top of the round section of the tower, remains of the four sound-windows of a former bell tower are viewed. This round part of the tower appears to be that of Anglo-Saxon.
The octagonal belfry – It consists of flint with internal brick detail, with knapped flint with limestone detail. This would have been added at a later date to the round part of the tower; it is thought it was added approximately at the same time as the nave roof was raised. Otherwise the tower would have been barely taller than the church itself.

There was originally two clock faces on the Belfry facing South and North, one therefore facing the village and the other facing the old Woodton Hall. There is no evidence now of the clock mechanism.

There are six bells in the tower:

1 – Treble;
The treble had to be recast in 2003, and was engraved with the names of the rector Conal Mahony and the two churchwardens Monica Churchill and Gillian Noakes at that time.

2 – John Brend 1641;
Given by Mr Robert Suckling (Svckling) and others. See photo of bell in our photo gallery.

The bells were re-hung in 1889 but became unable to be rung by 1930. The 1978 Woodton bells restoration was formed under the chairmanship of Mr Armstrong James and Mrs Miriam Clover to raise the money to have them re-hung. This was completed in 1983 with Miriam Clover becoming the first tower captain.