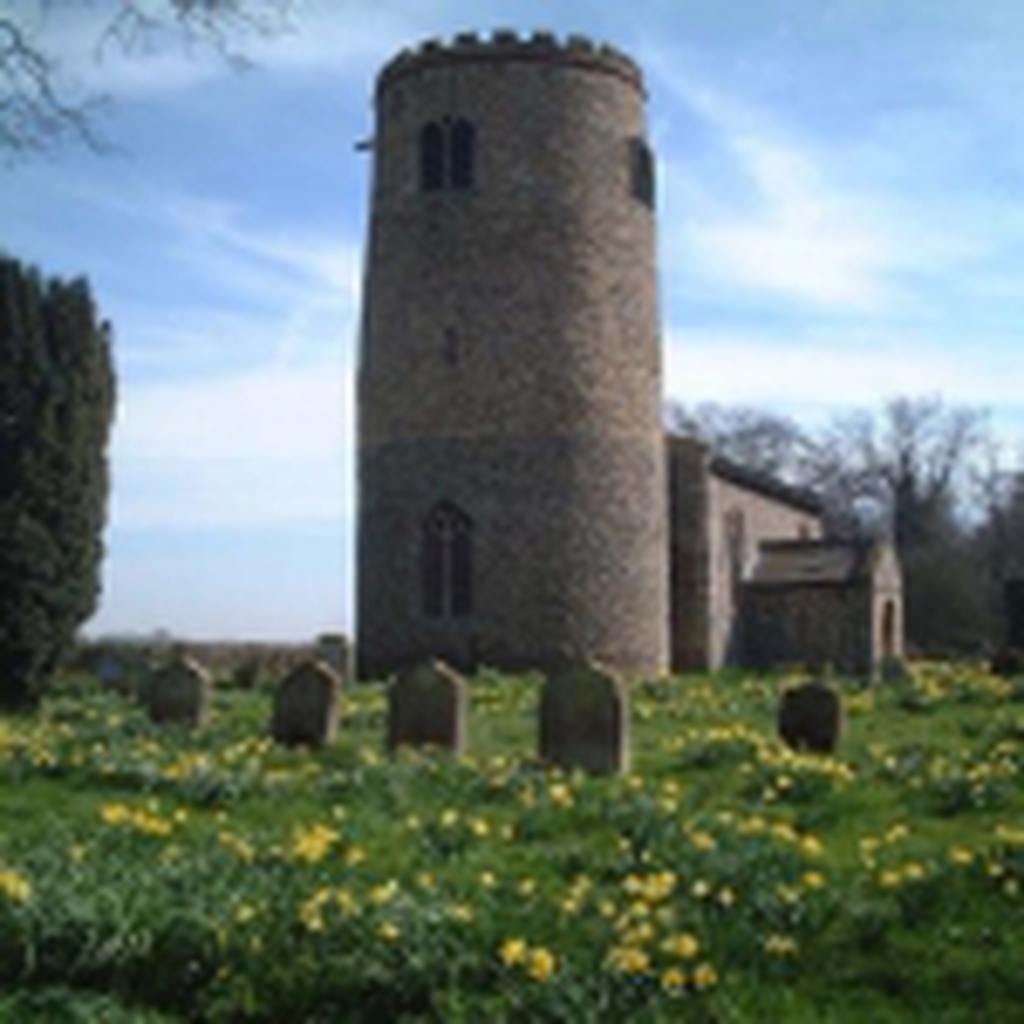 The original tower of the church dates back to Saxo-Norman times. The belfry is considered to have been built C14th or C15th, and there are 3 bells dating from 1550.

The nave and chancel are described as Perpendicular, but the excessive thickness of the nave west wall suggests that it was built at the same time as the earlier tower.

At the head of the nave is an imposing C15th "lion" font, with 4 lions carved round the base. Also in the nave are two sets of Royal Arms. Those over the south door are for George III and pre-1816. The second set, carved from wood and mounted in the west wall, are normally described as George III, but further study shows they are more likely to be for Queen Victoria (1837 - 1901).

The east window depicts the Crucifixion, surmounted by other scenes from the life of Christ. The top lights of the windows in both north and south walls contain the remains of medieval stained glass.

There is a fine C15th piscina in the south east corner, under an ogee arch; to the left of the arch is a carved Tudor rose, and to the right a leopard's head

The piscina in the south wall, just west of the chancel arch, indicates the former existence of a side altar, probably beneath a rood screen, in pre-Reformation days. Although the rood screen no longer exists, the rood loft stairs can still be seen in the wall behind the pulpit.

The carved figure at the end of the choir stall on the south side, depicts St. John the Baptist, the patron saint of the church.

The church has a small, but very loyal and friendy congregation, who are always extremely welcoming to visitors to services and events.