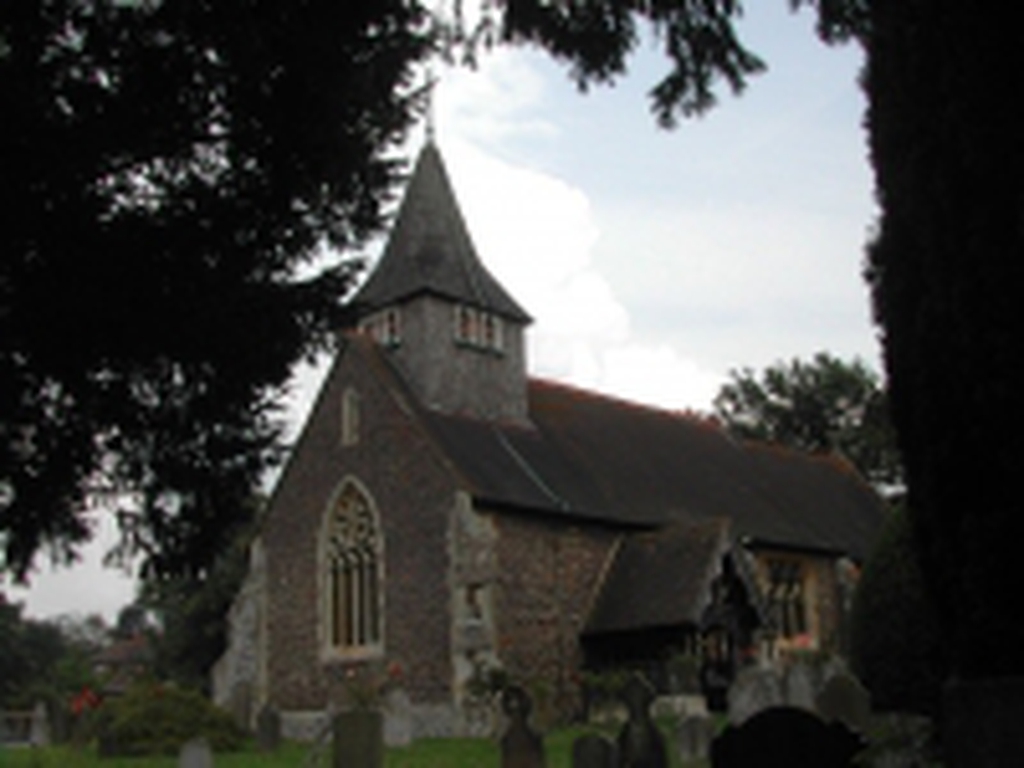 Buckland, St Mary the Virgin
Services and events
News and notices
About us
About the church
Find us
Reigate Road Buckland Reigate
Get in touch
01737 901860
Facilities
More information
Edit this Church

The present church is thought to have been built about 1380, as much of what we have now is considered to be of that date. The present timbering of the chancel and nave roof, the lower parts of the nave walls, the ancient north window, the western "legs" of the tower (the great baulks of timber in the rear corner of the church) are the chief examples dating from this period. However, during 1860, the church did undergo a large refurbishment, but not total rebuilding.

The timbers of the nave roof which is of braced-collar construction, are of oak, plastered between, while the chancel roof, of the same construction is faced with modern boarding. The fact that these roofs are still in position is an argument for the walls being still the original 14th century walls, refaced externally with flint pebbles to a large extent in 1860. Before the restoration, the external walls were smoothly plastered.

The bell-tower has a shingled spire, and internally is a structure of 14th century oak, except for the eastern supports in the church. It was retained as too solid to justify removal, and the huge Western baulks that form the legs, with their arched braces, are fine pieces of medieval carpentry. Woodyer designed a fine winding wood stair that leads to the ringing chamber’.

The chancel probably was rebuilt and the nave walls were partly refaced, but their lower parts are ancient, being faced with large irregular stones (believed to be Bargate sandstone) and smaller rubble, roughly coursed. All the dressing of doors and windows are of Bath stone dating from 1860, but the windows are copies in Bath stone of three ancient mid-14th century window surrounds that were here up to 1860. The restoration in 1860 did not increase the size of the church in either length or breadth, except for the vestry, which replaced a lean-to structure over a vault on the north side.

The font pre-dates this period. It is made of various colours of marble. It is suspected that the ornate octagonal 'spire' cover was the later work of Hardman in 1860. The 'eagle' brass lectern is dedicated to the Reverend George Slade and dated 1905. There is some ancient stained glass in the north wall of the nave, notably of the Virgin Mary, from the fifteenth century and of St. Peter and St. Paul, under (later) canopies from the fourteenth century. Pevsner rates the latter "the best in the county".

The churchyard is mainly on the south and west sides, with charming oak entrance gates in the north-west and north-east corners. The churchyard retains its grave slabs and is well planted with some massive trimmed yew specimens.
×