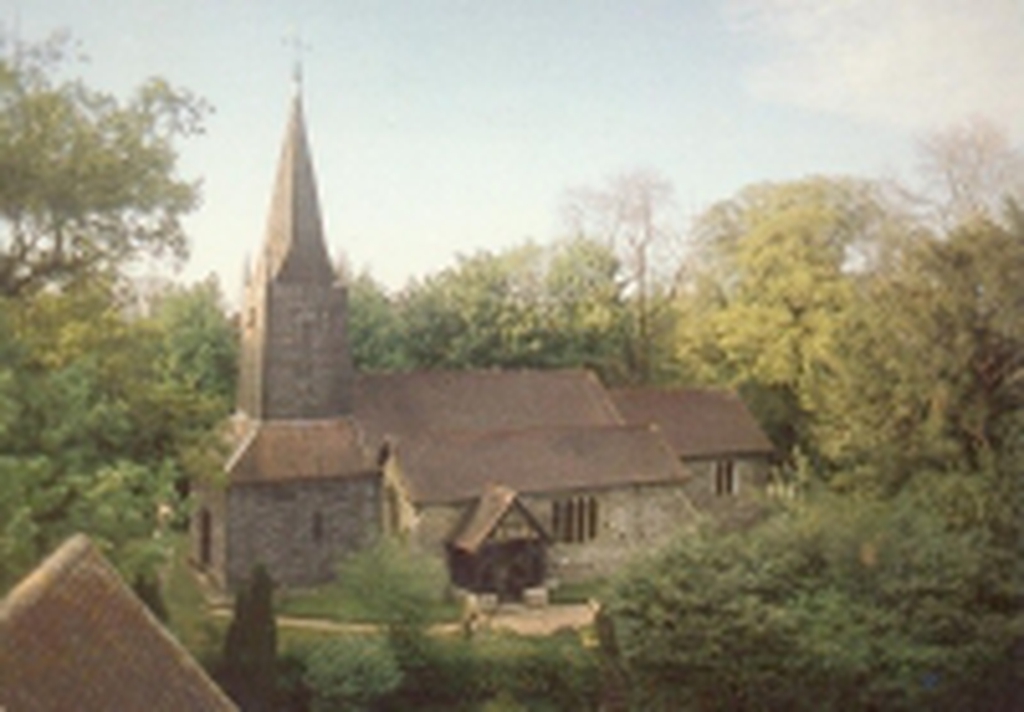 St Bartholomew, Burstow, Surrey
Services and events
News and notices
About us
About the church
Find us
Church Road Burstow RH6 9RG
Get in touch
(01342) 842224
Facilities
More information
Edit this Church

The Archbishop of Canterbury gave the parish to Cluniac monks of Lewes in 1121 but took it back during the war with France in 1294. It could have originally been dedicated to St. Michael.

The oldest part of the church is tile north wall of the nave which is 11th Century and includes Saxon herringbone stonework and a blocked Saxon window. The western half of the chancel dates from the 12th Century, a Norman window survives in the north wall. The tower, south aisle and east end of the chancel were all added in the 15th Century, including internal features such as the four-square cluster shafts of the south arcade, font and north wall aumbry.

John Flamstead (the Astronomer Royal to Charles II) was rector from 1684 to 1719 and is buried below the chancel. The east window is a memorial to Flamstead.

The church was restored in 1884, a new roof and the south porch being added.

The church consists of a conventional nave and chancel with a south aisle, south porch, north-east vestry, and west tower with a broached base and spire.

The walls of the nave, chancel and south aisle are built of local rubble sandstone with moulded limestone dressings to windows and doors. The vestry is of recent construction (c1976) with rubble sandstone cladding to the external walls. The entire tower structure is hardwood timber as is the south porch. The tower base walls are clad with timber boarding externally and the upper walls are shingled. All the roofs are covered with clay tiles apart from the spire which is shingled.

There are remains of rare timber "sheepboard" or "bedhead" grave monuments in the churchyard. There are a number of large yew trees in the south-east corner of the churchyard and two large oaks, a large ash and another large tree along the east boundary. The remaining boundaries are also heavily planted. The lych gate at the east end of the church was constructed in 1897.
×