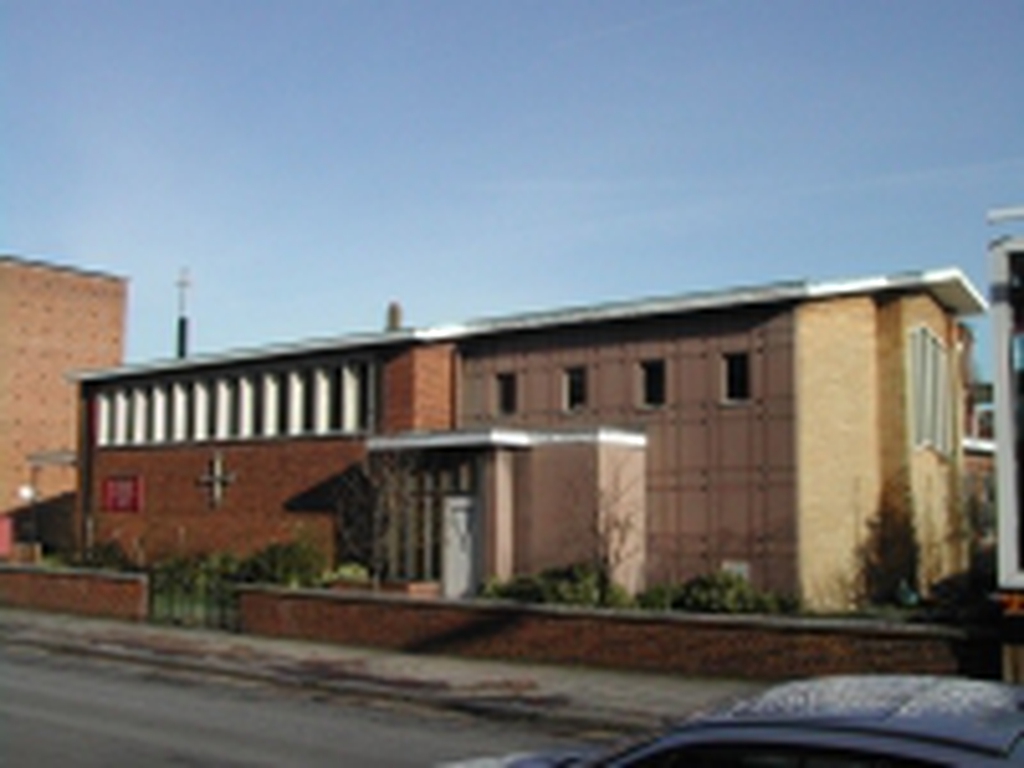 The church dates from 1959, and a stone set into the South wall of the chancel was laid by Bishop Simpson in July 1960.

The church in Lilford Road is the third building in the area dedicated to St Matthew. In 1773 thirty members of the congregation of the ancient village of Camberwell (the old St Giles) paid for and built a proprietary chapel on Denmark Hill, on the site of the present King's College Hospital Dental School. It was only used for Morning and Evening Prayer and for preaching. It was just inside the ancient parish of Lambeth, but in 1824 the new Church and district of St Matthew, Brixton, was formed, the Denmark Hill area, and by 1830 the building on Denmark Hill was known as St Matthew's Chapel.

In 1846 the building was pulled down and replaced with a new Parish Church dedicated to St Matthew, designed by Alexander Gough. There is a model and some pictures of this church. There was also a Church school on the site of the Bus station in Warner Road.

On 26 September 1940 the church was largely destroyed in a bombing raid. The tower and spire of the Church were left standing for a number of years until the building of the Dental School. After the church was bombed the congregation met for most of the time in a house on Denmark Hill and the parish was joined to that of St Saviour, Herne Hill. Many years' discussion followed about possibilities for rebuilding. Eventually it was decided to rebuild nearer the main centre of population in the Parish, in Lilford Road. The architect was Ralph Covell, and the foundation stone is from the old church, and the east window is by John Heywood

The church consists of a nave and chancel, with two porches on the south side and ancillary rooms on the north side, the latter separated from the nave by a large sliding door. The nave in turn can be separated from the chancel by a vertical sliding steel shutter. The ancillary rooms consist of toilets, kitchen, vestry and a small hall, all linked by a corridor leading to the back entrance on the west side of the church.
×